This interview was conducted in 2019.

Joanne Chin's time at Allens led her on a career path she never envisaged when she first stepped through the doors of our Melbourne office as an articled clerk. From Sydney to London and on to San Francisco, Joanne has worked with some of the most innovative companies of our time. Now in Melbourne as Chief People Officer at The Kraft Heinz Company, Joanne looks back fondly on her time at Allens. 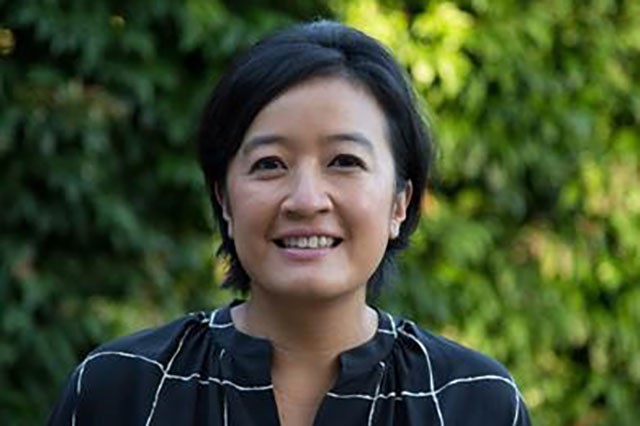 I joined Allens in 2000 as an articled clerk in the Melbourne office and worked across the litigation and corporate and commercial teams. In 2005, I moved to Sydney where I continued litigation work. I was fortunate to be involved in a number of interesting cases and enjoyed my work, though I sometimes felt a piece of the puzzle was missing.

A chance conversation with Human Resource Director at the time, Nicole McKenna, created an opportunity to lead the graduate program at Allens. That's when I found my calling. I thrived on learning the business of operating and growing a law firm, the importance of people and leaders, as well as managing a team, and this led to further opportunities within human resources.

A move to London in 2012 saw me join Google as Senior HR Manager for their Enterprise Sales team across Europe, the Middle East and Africa. That was a steep but wonderful learning curve, involving a lot of travel across that region. I later embraced an opportunity to move to San Francisco with Google before accepting the role of Head of People for Waymo (Google's self-driving car project) where I led and built the HR function for the business. Needless to say, working on commercialising self-driving cars has been one of the most challenging and rewarding times of my career. I’m so proud of the team at Waymo. When I returned to Melbourne with my young family last year, I decided to try a different industry and took on my current role of Chief People Officer at The Kraft Heinz Company.

It's anything from working with the executive team on our business strategy and hiring exceptional talent, to helping design a new office space which aligns with our culture. I love working with leaders on their development. It’s important to me that we develop leaders who care about ‘what’ they achieve, and also ‘how’ they get there. In other words, I care about building a culture in which there is no room for brilliant jerks!

My 5-year old twins! Actually, I love a challenge. I took on my current role because there is a lot of transformation ahead for the company and the people function. It was similar at Google and Waymo. I like being presented with problems, assessing the root cause and trying to simplify and solve. It’s very rewarding.

'If there is a decision to be made, just make it'. What I love about my job is that I have the autonomy to make things happen. I’m currently at a global company, with complexities, but locally we get to make a lot of decisions and that is very empowering.

Another piece of advice I was given early in my career was 'don't ask for permission, ask for forgiveness'.  I like to take calculated risks even when everyone is telling me not to!

When hiring, I recognise that general cognitive ability and learning agility is important – this is the number one thing I look for.

My time at Allens taught me…

The importance of developing talent and offering them opportunities to try different areas of the business. In addition, my time training as a lawyer at Allens strengthened my clarity of thought, my ability to assess complex situations and simplify, and my written communication. When hiring, I recognise that general cognitive ability and learning agility is important – this is the number one thing I look for. Experience is great, but there is constant change, so you need people who can adapt and thrive in different situations.

Skiing, travelling and Collingwood. I'm a big Pies supporter. That's one of the best parts of coming back to Melbourne after so many years away. I also love Melbourne. I’ve always said it’s one of the best cities in the world.

Tom Yuncken was a wonderful leader who cared deeply about the firm and its people. Ross Drinnan and Craig Phillips were also influential to me during my time at Allens. They understood the importance of ensuring a breadth of learning opportunities and took the time to mentor and coach their teams.

Nicole McKenna opened the door for me to try something different and Susan Ferrier showed me what great commercial HR looks like and the importance of understanding the business as an HR professional.