This interview was conducted in 2019.

Steve Clifford loved every minute of his 28 years with Allens, but a second career in the not-for-profit sector has enabled him to improve the lives of young Australians in a way he previously couldn't have imagined. 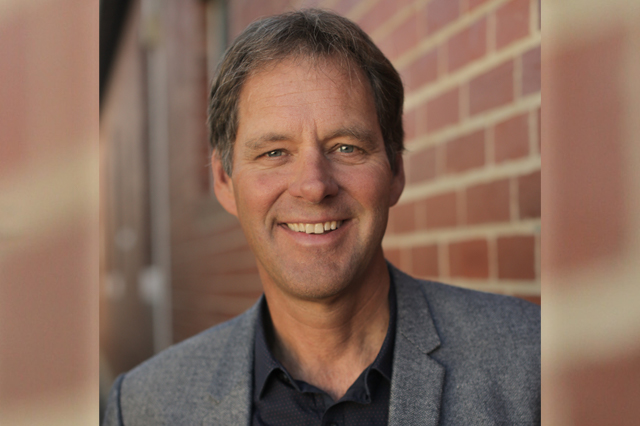 I joined Allens a long time ago, in 1986, after being interviewed by Ian Renard and the late Michael Robinson. I started with the mergers and acquisitions group and stayed there for the next 28 years. I loved that work. We were doing takeovers, business sales and purchases and there was lots of variety and excitement. I loved the 'cut and thrust' of negotiations and doing deals. I also enjoyed leading teams and forming relationships with clients. It's a time I look back on very fondly.

While at Allens I became involved in the firm's pro bono work and became Chairman of the Melbourne Charity Committee. I found myself donning Elvis suits and the like to fundraise and I realised I wanted to be on the other side of the table.

I retired from Allens and, with the support of a career coach, set out to see how I could use my legal skills in the not-for-profit sector. After about 171 coffees and some pro bono strategy consulting for several not-for profits, I was offered the role of Chief Operating Officer at national youth charity Whitelion. I went on to head the Australian operations of Save the Children and then became Chief Executive Officer of Victorian youth charity Doxa. I've just been appointed the inaugural Chief Executive Officer of Thrive by Five, the early childhood initiative of the Minderoo Foundation established by philanthropists Andrew and Nicola Forrest.

I loved my time at Allens and have thoroughly enjoyed the last five years too. A lot of us do law because we want to change the world and I feel fortunate I've had the opportunity to now focus my energies supporting disadvantaged children.

My current focus is…

During the 171 coffees with people in the not-for-profit sector, I realised I was most passionate about working with children and young people facing disadvantage. When I was approached for this role with the Minderoo Foundation, Australia's second largest philanthropic organisation, it was an offer too good to refuse. So, my wife Amanda and I jumped on a plane and here we are in Perth for a little while.

At Thrive by Five we're trying to move the dial in relation to early childhood development in Australia. We're focused on developing the best research about brain development and the impact it can have on kids in their early years, especially those who are disadvantaged. We're also helping to roll out and scale up services that are really making a difference in supporting early childhood development. The final step is collaborating with government and other organisations to find the resources needed for the first two steps.

We're in very embryonic stages so at the moment we're developing relationships. Last week I met with Julie Bishop, who is involved in one of the research institutes Thrive by Five supports here in Perth. The connections of the Minderoo Foundation are very beneficial in helping open doors to support the Thrive by Five initiative.

It's very different from my time at Allens and yet I have found there are many transferable skills. Lawyers have a strong sense of social justice and they are very good at taking complex facts and distilling what's important. The not-for-profit sector really benefits from people who are results-oriented and can help drive to the next level the fabulous work that is being undertaken.

Listen. It is such an important skill. There is an old saying that we should 'seek first to understand and then be understood' and I think that is so important. It goes along with 'you have two ears and one mouth, and you should use them in the right proportions'. From my time as a lawyer working on big deals, I learnt you need to listen to what the other side wants. You may find they want something different from what you first thought, and you then have a better chance of finding a solution.

I am a mad keen hiker. Since I left Allens I have ticked off a lot of hikes from my bucket list, both in Australia and overseas. Last year I ticked off the Larapinta trail in the Northern Territory and I have done a lot of hiking with my wife and my three adult kids. My wife loves sailing, so last year we went hiking in the Dolomites in Italy and sailing in Greece. This year we are sailing in Sicily and hiking in Iceland.

Now that we have moved to Perth, I’m going to take up surfing on a stand-up paddleboard. It will be a new challenge, but I'll give it a shot as part of our new adventure in WA.

It's pretty simple – trying to make a difference. My father was a great role model and he taught me that a life well lived is very important. We only have 168 hours in a week. Life is precious and if I can make a difference then I don't want to waste the day.

There are so many. I had two particularly good mentors: Graeme Johnson taught me about the people side of the law and relationships, and Jon Webster was a great mentor on the legal side. Mark Malinas, Dominie Banfield, Richard Spurio and Tim Golder should also be mentioned, as should Sharon Fox and Joannie Piston on reception. I love Allens people. I think it is the best law firm in the universe as it has a heart and soul. The first thing I did when I arrived in Perth was to reach out to the Allens team here.