Signing documents in a pandemic: what to do when signatories are isolated or scattered 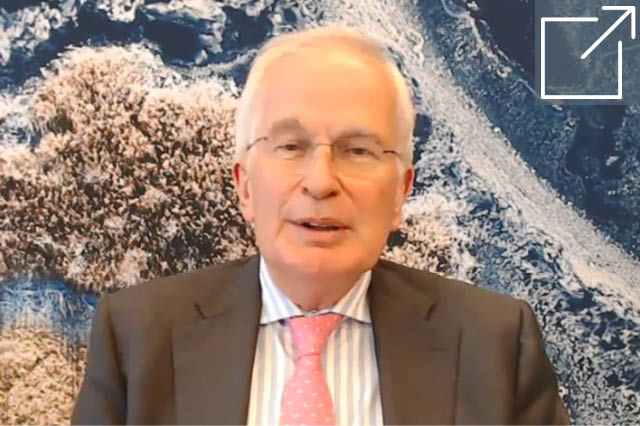 As so many of you submitted questions for this webinar, we've also published a follow up Q&A.

This session was recorded on 19 March 2020. After viewing it, you may wish to consider a personal CPD allocation of 0.5 CPD points Professional Skills / 0.5 CPD points Substantive Law. The regulators have issued updates on COVID-19 and CPD compliance.  Practitioners should check their local requirements with respect to viewing recorded material.

Under its COVID-19 emergency legislation, Victoria has introduced temporary regulations allowing for:

The Regulations will expire on 24 October.

There are a number of points to note.

The provisions allowing electronic deeds (sections 5 and 6) operate by modifying the Electronic Transactions Act 2000 (Vic) but are clear — and should be sufficient to convince the most crusty die-hard. They apply whether the deed is signed by an individual or a corporation. This makes Victorian law a very attractive governing law for executing deeds. They don't need to be witnessed. They can now be electronic.

The provisions also apply to mortgages.

This provision may not have affected the issue whether section 127 of the Corporations Act 2001 can be satisfied by split execution, but the recent Determination by the Federal Treasurer (dealt with here) has solved that for now.

Counterparties might not be able to reject electronic signatures

The Regulations provide that the fact that a party proposes to sign electronically in a manner otherwise complying with the relevant requirements of the Victorian Electronic Transactions Act is not of itself sufficient reason for other parties to refuse the consent required under that Act to that electronic signature (section 11).

Signing documents (including deeds) electronically under power of attorney — a procedural trap for the unwary?

Perhaps unnecessarily, the Regulations say expressly that attorneys can sign documents electronically where the attorneys include a statement they are signing under the Regulations (section 35(2)). We were not aware of any doubt on that score.

What happens if an attorney now signs electronically without such a statement? Do we now need the statement? Is this a trap for young players (and old ones)?

In our reading, the Regulation should not limit the way documents can be signed — section 35(2) is inclusive, so generally documents should still be able to be executed electronically by an attorney without the statement where there is no other impediment. But where a document is executed during the currency of the Regulations by attorneys and Victorian law is relevant, for more abundant caution, it would be useful to include such a statement where feasible.

The Act also provides for a mechanism for documents to be witnessed by audiovisual means.

In Victoria this does not apply generally to deeds, which do not need to be witnessed.

There are not as many requirements to be satisfied as there are in the New South Wales equivalent regulation, but the witness does need to state he or she is witnessing by audiovisual link in accordance with the Regulations.

I am delighted to say that the Treasurer has introduced changes to the way companies can sign documents. The 'cautious optimism' I expressed in earlier emails after dealings with Treasury on the subject was not misplaced.

Using his power under emergency legislation, the Treasurer has issued a statutory instrument modifying the Corporations Act 2001 for a period of six months to provide for:

Signing documents in a pandemic

This is a considerable advance. As we have previously noted, there has been widespread uncertainty as to whether this could be done. This has proved to be an enormous impediment during lockdown to the extent that, in some cases, parties have felt they need to get documents physically signed, despite the isolation.

As to what would constitute electronic signing, it tracks the language of the Electronic Transactions Act, including the tests as to identity and reliability. The language may look a little awkward in this context, but the tests in the ETA have been interpreted liberally by the courts (see my paper here). They should accommodate most common methods of electronic signing, generally without any other step. With 'pasting' of a copy of a signature into a document (not using an electronic signing platform or a stylus etc) in some circumstances it may be prudent to have evidence it was pasted by or with the authority of the signatory.

The modification does not expressly refer to s127(3) and deeds. In our view, it should allow electronic execution of deeds, but it remains to be seen whether others are convinced.

The modification allows for all meetings provided for under the Act, the Regulations, the Insolvency Practice Rules and the Passport Rules to be held remotely by technologies that give all persons a reasonable opportunity to participate.

A copy of the official document from Treasurer, Josh Frydenberg, can be found here.

30/4/20 - Progress in Victoria on enabling electronic execution, and on remote witnessing of affidavits

The Victorian Parliament has passed its emergency legislation, the COVID 19 Omnibus (Emergency Measures) Act 2020. It is the latest legislature to give the executive broad powers to amend legislation temporarily (the others being the Federal Government, Queensland and New South Wales).

Section 4 allows the Victorian Government by regulation to modify or disapply any legislation administered by the Attorney General in relation to a wide range of issues. These include: the witnessing, execution or signing of legal documents such as affidavits, statutory declarations, deeds, powers of attorney, contracts or agreements, undertakings and wills; and also the process by which a document is given or issued.

That provision gives broad power to deal with the issues that have been concerning us, in particular, the creation of electronic deeds.

In addition, the Act provides for the remote witnessing of affidavits by audiovisual link, and the electronic execution and attestation of affidavits.

Green shoots on legislation or regulation in various states

Various states have circulated for comment, or are considering, their own proposals for emergency enabling legislation or for regulations concerning remote witnessing and/or electronic signature. We have made suggestions.

This follows the issue of the Electronic Transactions Amendment (COVID-19 Witnessing of Documents) Regulation 2020, which provides for witnessing via audiovisual link during the pandemic (see below). Both amendments will cease to apply on 23 October 2020 (subject to earlier repeal by Parliament).

The amendment to the Conveyancing Rules allows parties and witnesses to electronically sign land dealings, certain certificates and instruments lodged with deposited plans.

The Office of the Registrar General has advised that these temporary changes do not alter any existing requirements for execution and certification, verification of identity or establishing the right to deal. It has published a Guidance Note on executing NSW paper land dealings during COVID-19 restrictions, providing further information as to how these steps can be completed for paper dealings during the pandemic.

Where electronic signing is chosen, the guidance says electronic signatures must comply with the requirements of Division 2 of Part 2 of the Electronic Transactions Act 2000 (NSW).

We were cautiously optimistic after earlier discussions, but there has as yet been no apparent movement. The responsible minister is the Treasurer, who has an extraordinary amount on his plate.

In the absence of the Federal Government dealing with those issues, there are some steps the states can take to assist. The states in their regulations could expressly allow for electronic deeds, and for deeds to be signed without a seal by two directors or a director and a secretary. That would be of considerable assistance, though without all the advantages of a solution by the Federal Government. We are suggesting that be done.

23/4/20 - Progress in New South Wales on remote witnessing, but 'wait and see' on electronic deeds and electronic attestation

It follows the consultation draft referred to in our earlier email, but only in part.

In broad terms, the Regulation allows for the remote witnessing of documents, which is a big step forward. It will be welcome in a wide range of fields, including litigation.

However, the consultation draft of the Regulation had also dealt with the electronic execution of deeds, and electronic attestation of electronic documents. These were not included in the final version. The Government said: 'We are continuing to consider reform options for electronic signature and execution of documents that are currently required to be prepared in hard copy'.

The Government is conducting a new round of consultation and consideration on those topics and has already kicked it off in an email to stakeholders. The intention is to complete it quickly.

The Regulation provides that:

The Regulation will expire on 26 September 2020, unless this date is changed by further regulation or a resolution of Parliament.

The Regulation did not remove the exclusion of witnessing from the operation of certain provisions of the Electronic Transactions Act 2000 (NSW). Our view is that, despite this, documents signed electronically can be witnessed and witnesses can sign electronically, but it remains to be seen how many hold that view. Legislative certainty is likely to be necessary.

As mentioned above, in terms of reform this is not the end of the line. We understand that the difficulty with extending electronic execution was that there may be some who are concerned about risks, and so the Government has decided to have a deeper look.

Understandably, there may be some resistance among certain stakeholders to electronic documents. There needs to be continued impetus to achieve the necessary changes so there is certainty in the market that corporations can create electronic deeds and that witnesses etc can sign electronically, and electronic signatures can be witnessed.

The Queensland Parliament has passed new legislation: the COVID-19 Emergency Response Act 2020. Section 9 gives the Government the power by regulation to change statutes or common law relating to documents, including their preparation, signing, witnessing, registration and verification of identity. It is the most sweeping power of the various jurisdictions. Watch this space.

For the more information on some of the questions you may have in regards to signing documents in a pandemic please click here.

COVID-19 What is Allens doing?

COVID-19 and continuous disclosure- how you get ready 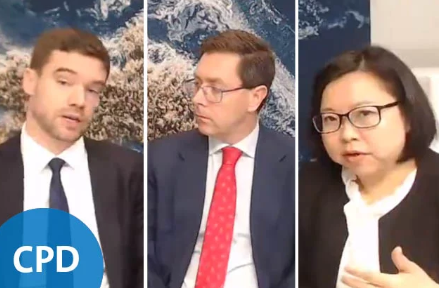 Exceptional events in 2020: Force majeure and managing the impact of pandemics and natural disasters on major projects