Treasury has released the first of several tranches of exposure draft legislation to implement the Federal Government's tax integrity package for stapled structures and broader tax concessions currently available to certain foreign investors. The draft legislation sets out the requirements that investors must satisfy to access the concessions and transitional arrangements foreshadowed in the package. However, Treasury has indicated that draft legislation on the agricultural MIT changes, and on the conditions that stapled entities must comply with to access the infrastructure concession and transitional arrangements, will be released in due course. The Exposure Draft is open for public consultation until 31 May 2018. Partner Martin Fry and Senior Associate Igor Golshtein report.

On 18 May 2018, Treasury released the first tranche of the eagerly anticipated Exposure Draft to implement the Government's tax integrity package for stapled structures and broader tax concessions currently available to certain foreign investors. The Exposure Draft covers the first four measures proposed in the package (Elements A, B, C and D)1 to broadly (and subject to certain carve-outs, exceptions and transitional measures) the following effect:

Importantly, the Exposure Draft sets out the requirements that must be satisfied in order for investors to access the 15-year concession for 'new approved economic infrastructure assets', or the seven or 15-year transitional arrangements for existing (or sufficiently committed) ordinary business staples or economic infrastructure staples respectively. However, Treasury has indicated that draft legislation on the agricultural MIT changes (Element E from the package) and the conditions stapled entities must comply with to access the new economic infrastructure concession and / or transitional arrangements will be released in due course.

Under the Exposure Draft, from 1 July 2019 but subject to the carve-outs, concessions and transitional arrangements described below, fund payments made by a MIT under a 'cross-staple arrangement' to which it is a party to foreign investors that currently qualify for the 15 per cent concessional withholding rate, will instead be subject to MIT withholding tax at the top corporate tax rate (currently 30 per cent) to the extent the fund payments are attributable to 'non-concessional MIT income'. 'Non-concessional MIT income' is, broadly, an amount of assessable income that is not dividends, interest, royalties, capital gains in relation to a CGT asset that is not taxable Australian property and foreign-sourced income. Accordingly, 'non-concessional MIT income' includes a cross-staple 'rent' payment. A 'cross-staple arrangement' is, broadly, any arrangement between two or more entities – including at least one 'asset entity' and one 'operating entity' – that have common ownership of at least 80 per cent.

However, cross-staple rent will not constitute 'non-concessional MIT income' in the following circumstances:

A MIT will also have 'non-concessional MIT income' to which the higher MIT withholding tax rate will apply where the MIT receives distributions (directly or indirectly) from a Division 6C 'trading trust' (ie if the MIT has a non-controlling interest in, and cannot otherwise control, that trading trust). None of the abovementioned exceptions apply to 'non-concessional MIT income' arising in these circumstances.

Subject to the transitional rules described below, the amendments to modify the MIT withholding tax to payments attributable to 'non-concessional MIT income' will apply from 1 July 2019.

The transitional rules in relation to these amendments are quite complex, require the making of a written choice (by 30 June 2020) and with the period of grandfathering depending on the particular asset held (or to be held) by the stapled structure. The effect of a transitional rule applying to these amendments is that cross-staple rent payments that would be treated as 'non-concessional MIT income' are not treated as such and remain eligible for the concessional withholding tax rate for the relevant grandfathering period.

In this regard, the transitional rules will apply, very broadly, to both existing assets the subject of cross-staple arrangements and assets to be acquired / constructed for which there has been the requisite level of commitment, as follows:

Careful assessment will need to be made as to whether capital improvements will constitute new assets or enhancements to existing assets, as this may, depending on the circumstances and timing, affect eligibility for the application of the transitional rule.

A separate transitional rule applies for MITs that have 'non-concessional MIT income' by virtue of receiving distributions (directly or indirectly) from a Division 6C 'trading trust'. In these circumstances, that portion of the MIT's total participation interest in the trading trust that was acquired before 27 March 2018 will be treated as not constituting 'non-concessional MIT income' until 1 July 2026.

As foreshadowed in the package, the Exposure Draft also contains provisions that seek to ensure that the general anti-avoidance rule in Part IVA will not apply to the choice of a stapled structure to obtain a deduction for cross-staple rent during the relevant transition period.

B. Limiting the ability of foreign investors to 'double gear' for thin capitalisation purposes

Under the Exposure Draft, for income years commencing on or after 1 July 2018, the thin capitalisation rules will apply to limit the ability of investors to use 'double-gearing structures', which may otherwise allow foreign investors to provide a greater proportion of their capital as potentially more favourably-taxed interest income and to gear higher than the intended thin capitalisation limits. Broadly, 'double-gearing' occurs whereby multiple layers of flow-through entities (eg trusts, partnerships) each issue debt against the same underlying assets, while being able to avoid the application of existing 'associate entity' grouping rules (requiring eg a 50 per cent of greater ownership interest for grouping to occur) intended to prevent such 'double gearing'.

Also, to safeguard against investors attempting to effectively circumvent the effect of the new rule by relying on the calculation of the 'arm's length debt amount', the determination of the 'arm's length debt amount' will require factoring in the debt-to-equity ratios of any entities in which the tested entity has a direct or indirect interest, to determine the ability of the relevant investments of the entity to act as security to support the entity's debt.

No transitional rules will apply to these measures.

Currently, a foreign resident superannuation fund for foreign residents that is exempt from income tax in the country in which it resides is exempt from Australian withholding tax on payments of interest, dividends and non-share dividends from Australia, irrespective of the foreign superfund's stake in, and ability to influence the decision-making of, the Australian entity in which it has invested and from which it receives the payment.

Under the Exposure Draft, from 1 July 2019 (but subject to the transitional arrangements described below) the withholding tax exemption will no longer apply to interest, dividend and non-share dividend income derived by the foreign superfund if its total (direct or indirect) participation interest in the entity from which the superfund derived that income is 10 per cent or more at the time the payment was made and throughout any 12-month period in the 24-month period preceding the payment.

Importantly, the new rules treat the superfund as having the requisite 10 per cent participation interest (even if it is in fact lower) if, at the relevant time(s):

The explanatory materials state that the foreign superfund must test the size of its interest and influence over the abovementioned decision-making at the first level of its investment into Australia.

The explanatory materials also state that the superfund will be taken to have influence over that decision-making 'if it has any of the specified rights, however obtained', and that this means that rights arising from side letters and ancillary agreements must be taken into account when considering this criterion. Notwithstanding the seemingly broad scope of the rights in question (eg 'participate in making … decisions' rather than, say, controlling decision-making), it is not clear that the actual terms of the Exposure Draft go quite as far as the explanatory materials suggest. In particular, the relevant provision in the Exposure Draft clearly requires that it is the membership, debt or non-share equity interests that must confer the requisite rights on the superfund.

The amendments under this measure will apply from 1 July 2019. However, a seven-year transitional rule applies to investment assets held by foreign superfunds on or before 27 March 2018. In these circumstances, the amendments will apply to payments of interest, dividends or non-share dividends received from such investment assets from 1 July 2026.

It is critical to appreciate that these rules apply to any relevant investments by the foreign superfund – they are not limited to investments in stapled structures.

Presently, the ATO provides an exemption based on the international law doctrine of 'sovereign immunity' from interest and dividend withholding taxes, capital gains tax and tax on trust distributions to foreign sovereign investors (including sovereign wealth funds) in Australian 'non-commercial' investments where the investor cannot influence the decision-making of the holding entity. Depending on the particular governance arrangement for an investment, the exemption may be provided to investors having a 10 per cent or greater interest in the holding entity.

In addition to the '10 per cent or more' rule, the exemption will only apply if, broadly:

The amendments under this measure apply from 1 July 2019, subject to the following transitional rules:

The Exposure Draft contains important details that were not in the package released in March, particularly those concerning the requirements that must be satisfied for investors to access transitional relief regarding the amendments to the MIT withholding regime, as well as the limits to be placed on exemptions for foreign superfunds and sovereign wealth funds.

Potentially affected investors will need to consider the impact of the Exposure Draft (if enacted in its present terms) on their current or prospective investments, whether transitional relief may be accessed and any impact on the internal rate of return. For existing investments, consideration will also need to be given to the ongoing viability of the investment and whether a partial or full divestment of the asset might be appropriate in the future. Regarding the changes to the MIT withholding regime, this analysis might be further affected by the draft legislation yet to be released on the conditions that stapled entities must comply with to access the transitional arrangements.

Furthermore, since the thin capitalisation amendments regarding 'double-gearing' structures will apply to income years starting on or after 1 July 2018, with no transitional relief available to any taxpayers, investors holding their investments through the affected structures should consider the impact of the amendments on their cost of finance and return on investment as soon as possible. 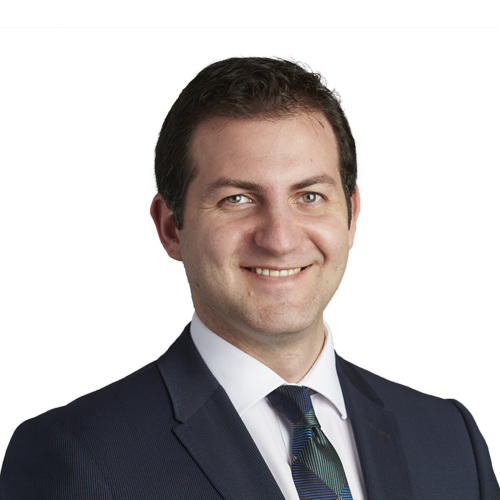