The recent Victorian case of Hartman1 demonstrates the potential stamp duty dangers of relying on nominee clauses in transactions involving land (or other dutiable property).

In Hartman, the taxpayer's nomination, pursuant to a nominee clause, of the trustees of two family trusts as transferees of real property purchased in his name, resulted in an assessment of double duty, an assessment upheld by the Victorian Civil and Administrative Tribunal (VCAT).

The VCAT decision highlights the importance of settling, if possible, on the identity of the ultimate transferee prior to execution of a contract and, above all, the need for developers and other purchasers of land to seek advice before relying on a nominee clause or otherwise seeking to transfer title to a third party.

Members of the tax and legal teams, and others involved in the structuring of transactions to acquire land or the drafting of sale of land contracts.

Statutory context: when does double duty apply in a sub-sale context?

As a general rule, stamp duty is assessed on any transaction which results in a transfer (or other change in beneficial ownership) of an interest in land (or other types of dutiable property).

The various sub-sale provisions in the duties legislation apply to treat certain transactions, such as those involving nomination by the purchaser of a new transferee under an option or a contract of sale, as a 'sale' followed by a transfer (ie a sub-sale of the land). In those circumstances, duty is assessed as if two separate transactions had occurred.

The risk of double duty is therefore particularly acute for land developers, who may frequently rely on nominee clauses, assignments or options in ways that risk engaging the various sub-sale provisions. For example, double duty may be assessed where a developer or other party enters into an agreement or option to transfer ownership of land, but then seeks to effectively on-sell the property to a third party, without itself taking a transfer of title.

In Victoria and Tasmania, the specific sub-sale provisions2 will only be engaged either where 'land development' occurs after the first sale contract is entered into but prior to the nomination or transfer, or where the ultimate transferee provides additional consideration to the original purchaser. Care should be taken: 'land development' is defined very broadly, and changing the land in any way that would enhance its value, including preparing a plan of subdivision or merely applying for an approval under the Building Act 1993 (Vic), will suffice. (For more information on the 'land development' requirement, see our previous Insight on the topic). New South Wales also has specific sub-sale provisions which broadly impose double duty where there are simultaneous put and call options, but a third party obtains title to the property through a nomination, novation or assignment of one of the options.

Alternatively, if the vendor and the developer agree to rescind the contract, on the basis that the vendor then enters into a contract for sale with the third party, then double duty will still arise if there is a denial of a refund of duty on the rescinded contract in those jurisdictions which impose duty on a contract for sale.  In broad terms such a denial will occur if there is a 'sub-sale' – in other words a subsequent sale by the vendor to the third party.3

As Hartman illustrates, the sub-sale provisions may also apply where a developer or other party enters into an option or contract to purchase land in the name of one entity, yet subsequently wishes to nominate an alternative entity to be the purchaser or transferee of the land, even where each entity is controlled by the same person.

To avoid the imposition of double duty in such a sub-sale situation, the parties may therefore need to identify an exemption to transfer duty under the relevant duties legislation – or, as discussed below, avoid a sub-sale all together. The question of the availability of two such exemptions formed the subject of Hartman.

The facts in Hartman

Benjamin Hartman was a builder and property developer who entered into a contract to acquire a property in Northcote, Victoria, from an unrelated party. Mr Hartman's intention was to subdivide the property and build two houses: one to be sold, and the other for Mr Hartman and his wife to live in.

The duty difficulties arose from the inclusion – and subsequent use – of an 'or nominee' clause in the contract of sale. The contract specified the purchaser as Mr Hartman 'and/or nominee'. Approximately eight months after the contract was executed, but prior to completion, Mr Hartman nominated two related companies – the respective trustees of two family trusts – to take the transfer as tenants in common. Settlement occurred, and duty was paid in full – or so Mr Hartman thought.

The Commissioner subsequently issued an assessment for duty of a further $80,300 (plus penalties and interest) under the sub-sale regime in Part 4A of Chapter 2 of the Duties Act 2000 (Vic), assessed on a notional (sub-) sale from Mr Hartman to the two nominees.

Mr Hartman's objection to the assessment was disallowed and he appealed to VCAT.

The decision on double duty

Before VCAT, Mr Hartman accepted that the transaction would be caught by the Victorian sub-sale regime unless he could establish a relevant exemption. He contended that two applied.

The second exemption relied upon was s 36 of the Victorian Duties Act, which exempts a transfer from the trustee of a fixed trust to a beneficiary of the trust. Mr Hartman contended that he entered into the contract of sale as bare trustee for the beneficiaries of the two family trusts, such that the nomination of the corporate trustees constituted a transfer within the scope of s 36.

However, the Tribunal, interpreting the legislation, held that neither exemption could apply in such a sub-sale situation:

Sections 34 and 36 are simply incapable of having stand-alone operation to a sub-sale.4

In summary, the Tribunal reached the conclusion that, in the context of the sub-sale provisions, each exemption requires an assessment of whether the relevant relationship (of fixed trustee-beneficiary under s 36 and apparent purchaser under s 34) existed between the original vendor and Mr Hartman, not between Mr Hartman and the ultimate transferee. Since the original vendor had never held the property as trustee for Mr Hartman nor acquired it using his money, neither provision could apply. As such, it was irrelevant whether Mr Hartman had purchased the property with trust money and/or entered into the contract as bare trustee for the family trusts.

The decision on discretion

Mr Hartman also contended that even if double duty was lawfully assessed, the Commissioner should have exercised its discretion to not issue an assessment for the second amount of duty.

The Tribunal followed previous decisions of the Tribunal, deciding that once it found an assessment to be lawful, it was not open for the Tribunal to re-exercise the discretion of the Commissioner and decline to assess duty on discretionary grounds, lest the 'floodgates' open to the 'many others' who would seek similar review of harsh, but legally valid, assessments.5

Avoiding double duty – what should Mr Hartman have done?

How to take advantage of the apparent purchaser exemption

Notwithstanding the Tribunal's comment that 'sections 34 and 36 are simply incapable of having stand-alone operation to a sub-sale', taxpayers in Mr Hartman's situation can sometimes rely on the s 34 apparent purchaser exemption by structuring the transaction differently.

A resulting trust structure is typically used where the 'real purchaser' wishes to hide its identity from the vendor of the property. But it could also potentially be used for a sub-sale situation, for example where a developer who holds an option exercises the option and purchases the property using funds wholly provided by a third party investor. The developer and investor would generally need to enter into a document to protect themselves under such an arrangement; a declaration of trust in these circumstances would also benefit from the concession.

Should a taxpayer choose to pursue this path, then it becomes crucial that it collate the evidence necessary to establish the central requirement of the s 34 exemption: that the taxpayer prove that the ultimate transferee (the 'real purchaser') provided the money (including the deposit) which the original purchaser (or 'apparent purchaser') used to acquire the property under the first transaction.

In New South Wales, under the equivalent Duties Act 1997 s 55, the necessary evidence may include:

In Victoria, the taxpayer must similarly furnish evidence, including:

There are corresponding resulting trust exemptions in other jurisdictions.6

However, pitfalls exist: if the original purchaser has already paid the deposit using their own money, or the money came from a different entity than the ultimate transferee, it may be too late or otherwise not possible to rely on the exemption.

As explained above, in jurisdictions other than Victoria and Tasmania, double duty is generally not payable where the second transfer is 'in conformity' with the initial sale agreement.

Generally speaking, a transfer to a nominee will not be 'in conformity' if made pursuant to an 'orl-nominee' clause – that is, a nominee clause, like the one in Hartman, which fails to specify a particular nominee, and instead empowers the holder of the nomination right to select any entity to be the purchaser or transferee of the property. In this circumstance, double duty will likely be payable.

Therefore significant care must be taken in drafting a nominee clause, and advice should always be sought before relying on the clause in any context, including a sub-sale context.

In DUT 010 version 2,7 a 2016 NSW Public Ruling interpreting the phrase 'in conformity', the NSW Chief Commissioner of State Revenue relied on a judgment of Dixon CJ in the High Court case of Vickery v Woods8to rule that a transfer executed pursuant to a nomination clause which identifies the nominee, or provides that nomination may be made in favour of one of a number of named nominees, will be 'in conformity' with the contract:

Certain nominee clauses may thus avoid double duty. However, it remains most prudent for a purchaser to identify the intended ultimate transferee in advance, if possible, and generally to seek advice on possible double duty ramifications as soon as possible.

In Peter Greensill Family Co Pty Ltd v Commissioner of Taxation, the court ruled that such capital gains are taxable in Australia, despite the fact that if the non-taxable Australian property had instead been owned directly by the foreign resident, any capital gain would be exempt from tax. 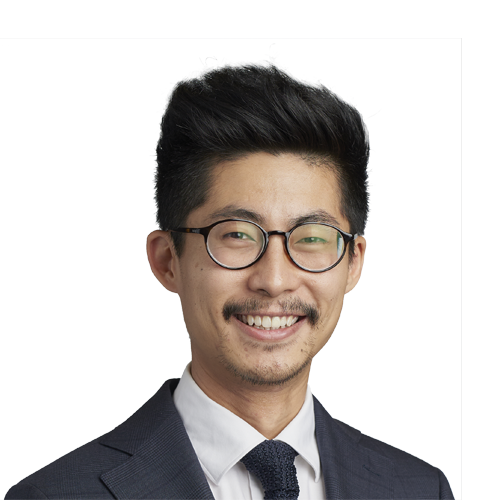