Australia has once again grappled with the vexed issue of whether patent protection should be granted for AI-generated inventions. As we previously reported, last year, Australia became the first country to judicially rule in favour of AI inventorship, when Beach J of the Federal Court determined that an AI system can be named as the inventor on a patent application.

However, the Full Federal Court has now weighed in, overturning that decision. The means Australia's position on AI inventorship now aligns with that of the United Kingdom, the United States and the European Union, which have so far rejected AI inventorship.

Dr Stephen Thaler is the inventor of the Device for Autonomous Bootstrapping of Unified Sentience or DABUS. Dr Thaler built DABUS to generate new ideas and determine the most novel or valuable. DABUS envisioned an improved beverage container and ‘neural flame’ for search-and-rescue operations entirely of its own accord.

Justice Beach noted that, unlike some other jurisdictions, the Patents Act does not define the term ‘inventor’. As an agent noun, its ordinary meaning is not limited to humans. There is no also specific provision in the Act that expressly refutes the proposition that an AI system can be an inventor. Recognising the ordinary meaning of inventor as not excluding non-humans is also consistent with the objects of the Act (set out in the recently introduced objects clause) being the promotion of technological innovation and dissemination of technology, whether generated by a human or not. Finally, Beach J considered that Dr Thaler prima facie fell within section 15(1) of the Act, which provides that a patent may be granted to a person who:

Justice Beach found there was a prima facie basis for saying that Dr Thaler is a person who derives title from the inventor, DABUS, by reason of his possession of DABUS, his ownership of the copyright in DABUS’ source code, and his ownership and possession of the computer on which it resides.

The Commissioner successfully appealed Beach J's decision. The Full Court concluded that, under the Act, the grant of a patent is premised upon an invention arising from the mind of a natural person(s) and that entitlement to a patent must ultimately derive from such an inventor. Therefore, it was appropriate for the Commissioner to have not proceeded with the DABUS Application once Dr Thaler failed to comply with the Commissioner’s direction to name a human inventor.

The central role of the inventor

The Full Court said the role of the inventor has been repeatedly emphasised in the context of Australian patents legislation preceding the current version of the Act. Referring to the Statute of Monopolies, the Full Court observed that the exception to the prohibition on monopolies was conferred on the true and first inventor of any new manner of manufacture. The rationale underlying the identification of such a person(s) was that patents are granted as a reward for the  benefit conferred upon the public and the ingenuity of the first inventor. According to the Full Court, a person's entitlement to that reward is closely linked to the act of invention by the true and first inventor.

The Full Court also considered that the scheme of Australia's earlier patents legislation established an implication that a patent applicant must have actually made the invention before a patent  application could be filed for that invention. Further, the ability of a person to file a patent application was predicated upon the existence of an 'actual inventor', from whom the entitlement to the patent was directly or indirectly derived. Those earlier legislative schemes also made clear that only a person with a legal personality could be the 'actual inventor'. The Full Court said the role of the inventor as the person from whom the entitlement to the grant of a patent should be derived, was not intended to change when the current version of the Act (including s15(1)) was enacted.

The meaning of 'inventor'

Although not defined in the Act, the Full Court said the term 'inventor' bears its ordinary meaning, which according to earlier case law is the person(s) responsible for making the invention – namely, 'the person who makes or devises the process or product'. Acknowledging that those earlier cases were not concerned with the question of whether or not 'inventor' can include an AI system, the Full Court said it does not take the references in those cases to 'person' to mean, definitively, that an inventor under the Act and Regulations must be a human. However, their Honours said it is plain from those cases that the law relating to the entitlement of a person to the grant of a patent is premised upon an invention arising from the mind of a natural person(s). According to the Full Court, the grant of a patent for an invention rewards the ingenuity of the person(s) who contributes to, or supplies, the inventive concept and are therefore entitled to the grant. Curiously, in reaching this conclusion, the Full Court did not refer to the objects clause in the Act, which does not mention rewarding inventors at all, and instead simply refers to the promotion of innovation and the transfer and dissemination of technology.

Entitlement to a patent derives ultimately from a human inventor

The Full Court rejected the construction advanced by Dr Thaler, previously accepted by Beach J, that the use of the word 'or' means each limb of s15(1) provides an alternative basis for entitlement, such that Dr Thaler may draw entitlement to the grant of a patent from an inventor who is not referred to in limb 1(a) (and who may not be a natural person at all).

The Full Court considered that each of limbs (1)(b), (c) and (d) provide for circumstances where a person becomes entitled to the grant of a patent by ultimately receiving that entitlement from the inventor mentioned in limb (1)(a). That is, there must be a legal relationship between the actual inventor in limb 1(a) and the person first entitled to the grant under any of the other limbs. For example, under s15(1)(b), the person claims through the inventor of s15(1)(a) by way of assignment. Such an assignment must come from the inventor which is mentioned in s15(1)(a) – who must be a natural person, because something without a legal identity cannot give effect to an assignment.

AI is increasingly contributing to research and development efforts, particularly in the pharmaceutical industry where it is becoming an important tool to achieve effective, cheaper and quicker drug discovery. While the Full Court's decision presents a setback for those industries using AI, it may not have the final word on the issue. It remains to be seen whether the High Court of Australia will decide to weigh in.

Although the Full Court disagreed that the current legislative scheme provides for AI inventors, it did suggest that, as a matter of policy, lawmakers  attend to questions of whether AI inventorship should be recognised in Australia with some urgency.. Depending on this case’s final outcome, we may see the government consult on AI and intellectual property, as the United Kingdom Intellectual Property Office has just done.

Can an AI system be named the inventor of a patent? An Australian court says ‘yes’. The decision in Thaler v Commissioner of Patents [2021] FCA 879 is the first judicial determination in the world in favour of AI systems being named as inventors of a patent. As AI is increasingly contributing to research and development efforts, the decision will have significant ramifications for stakeholders across a wide range of industries. 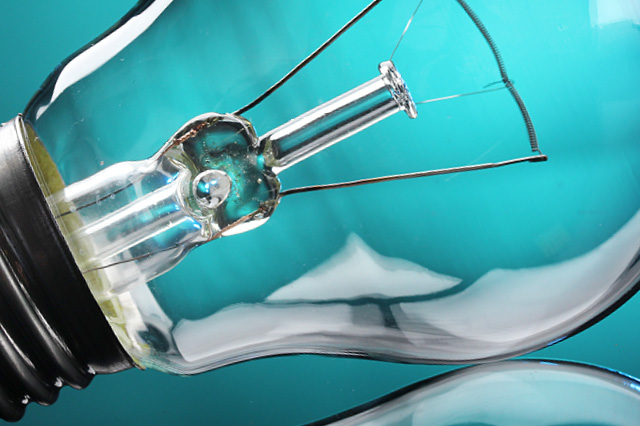 The great escape: tote bags found not to be works of artistic craftsmanship