An election won on ESG: what does a Labor Government mean for ESG and business?

ESG has become a significant focus for business — both as a key risk and/or opportunity to drive value and growth. With a new Labor Government, ESG is set to remain at the top of the corporate agenda, given a suite of proposed policies that would reframe how businesses grapple with ESG considerations.

In this Insight, we provide a snapshot of the Labor Government's roadmap on ESG, and actions businesses can take now to prepare.

The progressive Labor Government is armed with bold policies and legislative commitments directed at elevating each pillar of ESG, including proposed reforms on climate change, gender equality, Indigenous rights, modern slavery and eliminating corruption in government.

The Labor Government ran its 2022 election campaign on a stronger climate platform than its Coalition counterpart. Renewed climate action is expected under the Albanese Government not just because of Labor's own election promises, but also because of voter sentiment reflected in the 'teal' and 'green' waves. We set out below key policies that will impact business and outline some suggested preparatory measures.

Whilst the specific detail of the legislated target is not available, companies can start to evaluate whether their domestic decarbonisation strategies are broadly aligned to the Government's proposed target.

Stricter limits on carbon emissions from high-emitting facilities are expected under the Labor Government. A crucial element of the Government's climate change arsenal will be stricter emissions caps on large facilities covered by the Safeguard Mechanism1, which is a tool currently used by the Government to cap emissions on facilities with scope 1 emissions of more than 100,000 tonnes CO2 equivalent in line with historical baselines. If the facility exceeds its baseline, the operator of the facility must purchase and surrender an amount of Australian Carbon Credit Units equivalent to the excess. Labor's policy would — if implemented — progressively reduce facility baselines so that scope 1 greenhouse gas emissions from these facilities are reduced by five million tonnes per year, reaching net zero in 2050.2 Tailored treatment is expected for Emissions Intensive, Trade Exposed industries (EITEs). We expect that the Safeguard Mechanism rules will be amended to reduce the emissions baselines from 1 July 2023.3 Labor's policy would also involve the creation of a separate class of tradeable credits for companies that stay below their baselines, known as 'Safeguard Mechanism Credits'.

Companies with operational control over facilities covered by the Safeguard Mechanism should monitor for updates on the Safeguard Mechanism reforms, and begin preparing for progressive baseline reductions, commencing next year. Amongst other things, consideration may be given to capital works and/or operational changes to reduce emissions, and/or developing arrangements to secure supply of Australian Carbon Credit Units (or Safeguard Mechanism Credits, when these are brought into existence via legislation) to offset excess emissions. Consideration should also be given to whether the ratcheting down of baselines will have contractual implications, eg in the context of joint ventures.

Incoming Treasurer Jim Chalmers signalled the need for regulators and the Government to provide clearer guidance to companies on how to report on climate change risks and opportunities, criticising the current reporting framework as 'insufficient, inconsistent and inadequate'. In Labor's Powering Australia plan, it stated it will improve the integrity in decision-making around climate change by restoring the role of the Climate Change Authority. Labor is intent on ensuring that large businesses are transparent and accountable when it comes to their climate-related plans, risks and opportunities, noting that Labor has expressed it will work with regulators to ensure there is a standardised reporting requirement that aligns with international standards. Labor wants companies to make disclosures regarding governance, strategy, risk management, targets and metrics including greenhouse gasses.

companies can review their processes and policies for disclosing the risk and opportunities arising from climate change to investors. This includes aligning disclosure processes with accepted frameworks such as the TCFD's recommendations. Companies can also conduct a gap analysis of their current disclosure practices against the ISSB draft standards to identify where uplift is required to smoothly transition to the ISSB draft standards. Companies can respond to the AASB invitation to consult on ISSB's draft disclosure standards by 15 July 2022 via the AASB website.5

The Labor Government is a staunch advocate for equality, diversity and human rights. It has its eyes set on shaking up the 'social' pillar of ESG with reforms aimed at increasing gender equality, promoting Indigenous rights and providing a constitutionally entrenched voice to Parliament, and beefing up Australia's modern slavery regime.

Labor has promised to appoint an independent Anti-Slavery Commissioner and establish an office within the Attorney-General’s Department to coordinate work across government and with industry to tackle modern slavery in Australia and global supply chains.

Labor announced it will consult with stakeholders (including business and advocacy groups) in amending the Modern Slavery Act 2018 (Cth) to introduce penalties and mandate reporting on exposure to specified issues of concern (including Uyghur forced labour).6

Reporting entities should be preparing for reform, which could include taking action to uplift internal modern slavery-related policies and procedures, embedding due diligence on high risk suppliers and increased monitoring and reporting in operations and supply chains.

Uluru Statement from the Heart

UN Declaration on the Rights of Indigenous Peoples

The Greens are intent on pushing their 'United Nations Declaration on the Rights of Indigenous Peoples Bill 2022' (Bill). Given the determinative role the Greens will play in the Senate, we anticipate this will add pressure on Labor to achieve reforms to strengthen Indigenous peoples rights. The Bill, if passed, would require (amongst other things) the Government, in consultation and cooperation with Indigenous peoples, to take all measures necessary to ensure that federal laws are consistent with the rights enshrined in UNDRIP. These rights are broad ranging, including in relation to access to, and impacts on, land, territory, resources and cultural heritage.

In the lead up to the referendum, businesses should consider what action they need to take if they have previously indicated support of the Uluru Statement, and how to assess, manage and mitigate impacts of the business on Indigenous peoples.

Businesses should review their systems for managing risks associated with sex discrimination, sexual harassment and victimisation, including policies, procedures, training and instruction. There should be a particular focus on ensuring the business has robust grievance-handling mechanisms.

The Government is focussed on addressing Australia's gender pay inequity through bold legislative changes aimed at increasing pay transparency and to encourage action to close gender pay gaps in organisations. Labor has committed to:

Australian businesses should consider how to gather gender pay data in their business and ensure they address any key risks or systemic issues identified. Labor has noted that companies that don’t comply with gender pay equity reporting will be ineligible to tender for government contracts.

One of the new Government's most prominent policies during the election campaign was to introduce an independent national anti-corruption commission. Labor has promised to legislate the commission by the end of 2022, with broad powers akin to a Royal Commission, including powers to investigate allegations of corrupt conduct pertaining to members of government (including politicians), make findings of fact and, where appropriate, refer matters to law enforcement.

Key features of the integrity commission are flagged to include:

Given the proposed reforms create significant reputational risk to any company that may be implicated, we recommend businesses review and uplift any internal anti-corruption, bribery and whistleblower policies, processes and controls.

In early 2021, Labor outlined some key priorities for corporations law reform, which included potential reforms to facilitate employee representation on company boards and to improve ordinary shareholder rights and enable greater worker and citizen shareholder participation in the governance of corporations.10

Businesses should consider promoting board engagement with employees with the aim of facilitating an open dialogue between the business' management and workforce. Businesses that focus on integrating employee representation will fare well, given Labor's focus on elevating employees' voice in business.

Suppliers and service providers are a critical input into an organisation's ESG footprint, with supply chain contracts offering a key opportunity for businesses to realise their ESG goals.

In this Insight are our top tips on how businesses can optimise their supply chain contracts to meet ESG objectives. 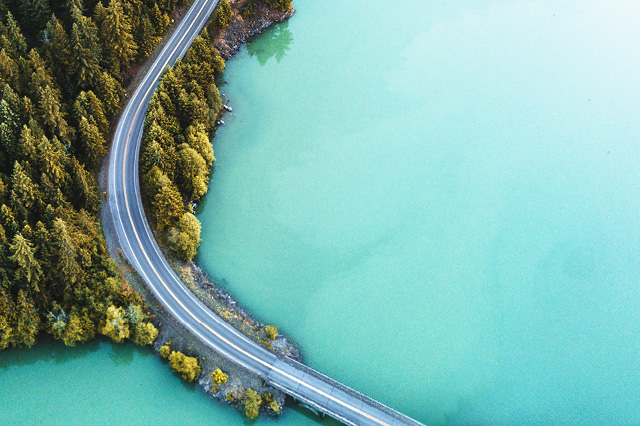 A snapshot of ESG in Vietnam