Tom is a former lawyer turned content specialist. He works alongside the firm's legal experts and marketing team to deliver clients actionable insights they can use to manage risk, plan for the future and gain a competitive advantage. 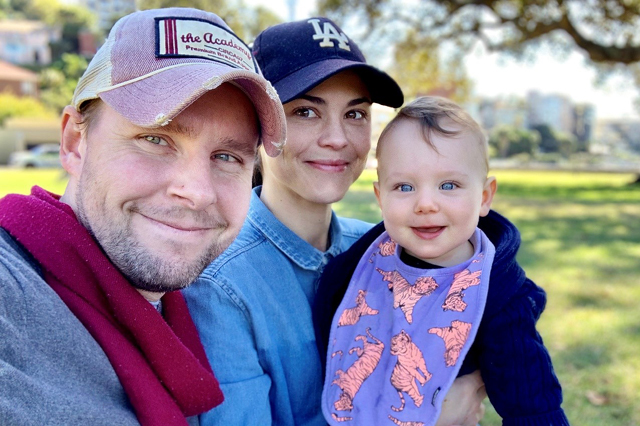 It's almost 19 years to the day since I received an out-of-the-blue call from Allens asking if I'd like to come in for an interview. There were no lawyers in my family, so I remember excitedly telling my parents I'd just received a potential job offer from the confectionery company! It's a small comfort that, two decades later, the firm still regularly receives emails from people asking about lollies.

At my interview the following morning, the partner eyed me suspiciously before asking whether she'd possibly seen me on stage just last weekend doing a naked one-handed cartwheel. I nodded slowly, nervous that my law revue antics might already have crushed my chances of landing a paralegal role. Happily though, she broke into a huge grin, ushered me inside and insisted I tell more about my 'creative' exploits. We became, and remain, great friends.

A lot's happened since that first interview. The firm's changed its name twice (I still have an 'Allen Allen & Hemsley' beanie somewhere); I did my stints as a paralegal and lawyer; and, after several years of practice with the banking and intellectual property teams, left for an in‑house role with the UK TV production company ITV. There were to be some strange days ahead.

Someone once remarked that the only way my CV would ever truly make sense was if I became a lawyer for a TV show whilst also playing a lawyer on that show… and writing it. I suppose for a while I came close.

For a number of years I wrote and hosted a show on the ABC, then shifted full-time into media in all its many guises: advertising, creative consultancy, speech writing, script doctoring and other TV work. Often these projects were subject to ludicrous timetables, especially the daily shows which would see us research, write, rehearse, costume, shoot, edit and screen an entirely new episode from scratch in under eight hours. 'Ephemeral expertise' I called it, and to this day I credit my time at Allens as the single-best preparation for that kind of work.

And now I'm back (an 'Allens boomerang'), putting into practice not just my legal experience but also the decade of media work that followed. It's a niche role, certainly, but one that neatly blends both disciplines – each constantly informing and improving upon the other. 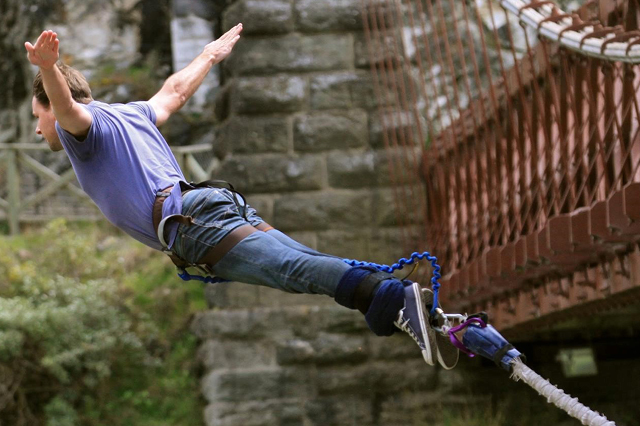 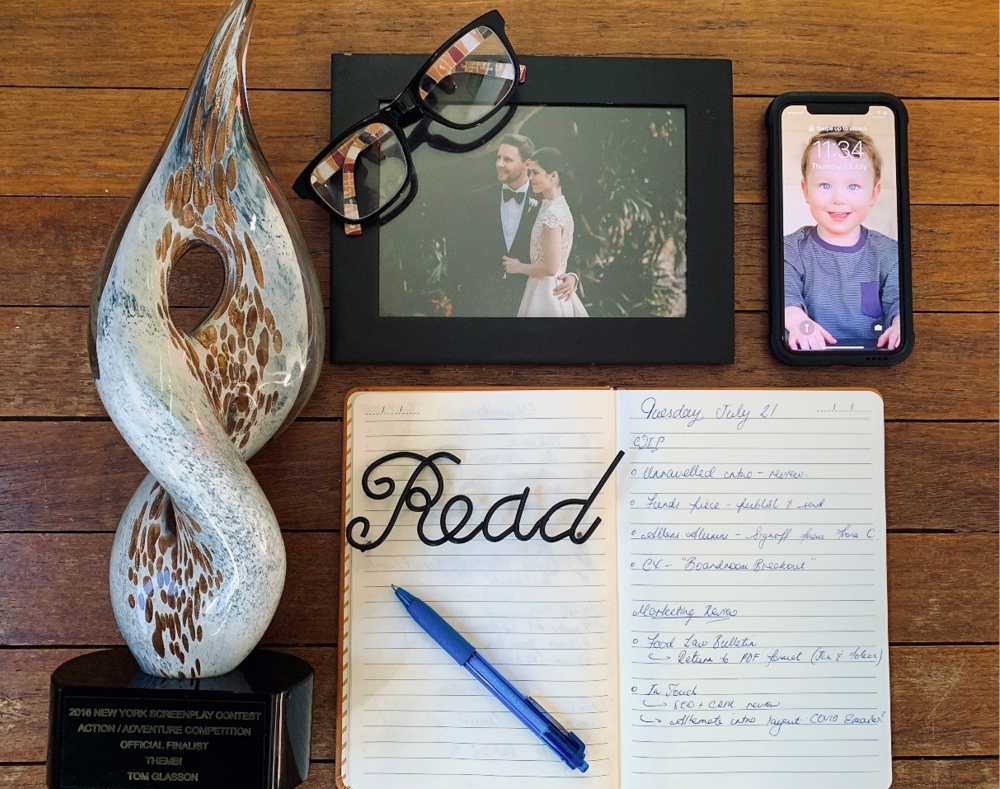 NOTEBOOK Pretty much my first draft of everything is done in longhand. On a laptop I find my writing outpaces my thoughts, resulting in a whole lot of words that say far too little.

'READ' Both my parents were teachers, and my late mother was actually Australian Librarian of the Year (yes, it's as nerdy as it is prestigious). Books have hence always been a huge part of our family and, in light of my current role, I find mum's old paperweight from her desk neatly doubles up as a reminder to triple-check everything before we publish it.

TROPHY My not-so-little vanity piece. I'm an ardent cinephile and years ago I was lucky enough to become a film critic for various outlets like the ABC, the Guardian and Concrete Playground. Eventually I decided to try my hand at writing my own feature screenplay (putting my money where my critical mouth was, so to speak), and it ended up placing as a grand finalist in a raft of international competitions. This trophy from the New York Screenplay Contest is my favourite and commands pride of place on my desk.

PHOTO FRAME Back when I was a lawyer, I used to have a digital frame on my desk. I loved the way it cycled through hundreds of photos, each time sparking a fond, forgotten memory. Problem was, each memory distracted me from my work, so now I settle for analogue. This one's from my wedding day, featuring my unreasonably beautiful wife Kate.

PHONE Sadly it only ever leaves my side these days when security cloaks it at press screenings of up-and-coming movies. But I gleefully use its front screen as my new and improved digital photo frame (ahem, yes, completely undermining my last point). Mostly now it's just a showcase for the wicked grin of my two-year-old son Edward.

See what's on others' desks