The World Health Organization declared the coronavirus disease 2019, or 'COVID-19', a global pandemic on 11 March 2020. As of 16 April 2020, most countries around the world have reported cases of COVID-19, with Papua New Guinea only reporting two cases so far. However, there are concerns that more cases of the virus could emerge in PNG, as a result of air and ship travel, and also through land border crossings with Indonesia's Papua province. PNG's Government has responded to COVID-19 with a range of measures designed to control and manage the possible spread of the virus.

What Constitutional powers does the Government have to deal with national emergencies?

The Head of State (ie the Governor-General) may declare a national emergency if the National Executive Council (the NEC) is of the opinion that an emergency exists and that it is necessary for powers under Part X (Emergency Powers) of the Constitution to be made available.

An 'emergency' may include pestilence or infectious disease, or any occurrence that would endanger the public on an extensive scale.1

Where a national emergency is declared:

for dealing with the emergency.

Through the Health Minister, the Government also has the power to make declarations under the Quarantine Act 1953 and the Public Health Act 1973. Such declarations enliven various powers, including to restrict movement to, from or within PNG. Penalty provisions under these Acts were significantly strengthened6 by Parliament on 2 April 2020.

Two cases in PNG to date

On 26 March 2020, the Governor-General, acting on the advice of the NEC, declared the existence of a national emergency, with effect from 23 March 2020.

During its emergency meeting on 2 April 2020, Parliament enacted the following Emergency Acts to deal with COVID-19:

These Acts are expected to commence operation soon.

The Emergency Controller has broad powers under the COVID-19 Emergency Regulation, including to:

Generally, the Emergency Controller also has the power to issue any other directions reasonably necessary to deal with the COVID-19 national emergency, and enable the implementation of all measures necessary and practical to manage the spread of COVID-19 and its eradication from PNG.

Once commenced, the Emergency (General Powers) (COVID-19) Act will repeal the COVID-19 Emergency Regulation and replicate many of its provisions.

A COVID-19 National Operations Centre (NOC-19) has been created. NOC-19 has a helpful website,11 which includes copies of the Emergency Orders issued to date (discussed below) and other PNG COVID-19 updates.

The Emergency Controller has already introduced a broad range of Emergency Orders to combat the spread of COVID-19, including restrictions on social interaction and business, and tighter border controls. For example, the Emergency Controller has essentially banned12 international visitors to the country arriving by plane, including 'fly-in fly-out' (FIFO) workers. Compared with other provinces, more onerous restrictions apply to:

Some of the Emergency Orders appear to be internally inconsistent, and some refer to schedules that are missing. We expect that this results from the expedited introduction of these instruments in response to the emergency, and that updated versions of the orders will be made available in due course.

The Emergency Controller has tightened international border controls in response to the COVID-19 outbreak. Key measures that have been introduced include:

Rabaul was also designated as a permissible port of first entry for vessels; however, this has been suspended as a result of the additional restrictions currently applicable to East New Britain.16

We understand that employees of a number of resource companies have now been approved to enter PNG. We presume these employees are FIFO workers on rotation who will be subject to the requirement to self-isolate for 14 days after entering PNG. This requirement will be difficult to implement in practice for FIFO workers, as many will be in the country on rotation for shift work.

The Emergency Controller has introduced domestic border control restrictions at the provincial level, through National Emergency Order No. 7. This order prohibits people travelling to or from Western Province or West Sepik Province (ie PNG's two provinces bordering Indonesia) or the adjoining East Sepik Province. Only people:

may move to or from these provinces.17

Following an initial ban on all domestic travel, domestic flights to and from domestic airports within PNG are now permitted,21 except for travel to or from Western Province, West Sepik, East Sepik or East New Britain Provinces, which requires special authorisation. We understand that flights to and from, among other places, Port Moresby, Lae, Mount Hagen and Madang have resumed. Flights to Rabaul were also set to resume but have been affected by the current prohibition on travel to or from East New Britain (discussed above).

These restrictions on the movement of people and cargo have already begun to have a significant impact on business operations in PNG, particularly regarding the movement of agricultural products and employees who would normally be required to travel overseas or between provinces for business purposes. We understand that the Business Council of PNG and the various Chambers of Commerce around the country, along with peak representative bodies, have been working with the office of the Emergency Controller in an attempt to minimise disruption to business.

The Ministry of Education has also suspended school classes until 24 April 2020, being the end of Term 1, with classes due to resume on 27 April 2020.23

Restrictions on the sale of personal protective equipment, liquor

Provincial administrators are authorised officers,26 and can impose restrictions on movement in their provinces, including roadblocks, curfews and fines.27 However, such restrictions are subject to the approval of the Emergency Controller.

All nightclubs, gambling venues (including pokies bars), sporting venues and spectator venues were directed to close from 23 March 2020.28 However, alcohol may continue to be sold on licensed premises such as at hotels and restaurants and at supermarkets and wholesalers.29 Any alcohol sold must only be consumed on the premises. We think this requirement only extends to licensed premises such as hotels and restaurants where the public consumption of alcohol is authorised.

Some businesses required to operate

A number of businesses deemed to be 'essential services' are required to continue to operate during the national emergency under the National Emergency Order No. 2. These include banks, financial services providers, grocery stores, supermarkets, manufacturers and fuel stations.

All other service providers that continue to operate during the period of the national emergency are required to adopt and implement safe work practices, which may include, where necessary, limiting the number of employees in the workplace and/or adopting alternative work arrangements.

Essential public utility services such as electricity, water, sewerage and garbage, post and telecommunications will also continue to be provided during the national emergency.

Actions of the Health Minister

On 16 March 2020, Health Minister Jelta Wong issued a declaration30 that:

The Health Minister has also announced a number of emergency actions under the Quarantine Act. Most of these actions have been superseded by Emergency Orders, except for the following, which remain in place:

We understand that these restrictions will remain in place until further notice from the Government.

Can I seek an exemption for my business from the cargo transport ban?

There is currently a general ban on the movement of certain cargo to certain provinces, as discussed above.31

Where a business considers that it will be negatively impacted by this restriction, it can apply to the Emergency Controller for an exemption. See below for contact details.

Can I seek an exemption for my business from the travel ban?

For a person to travel to Western Province, West Sepik or East Sepik Province, or a province with a confirmed case of COVID-19 (currently only East New Britain), the person must be:

For flights between provinces other than Western Province, West Sepik, East Sepik Province or East New Britain, there is currently no general travel ban in place. However, any domestic flights may only occur:

Travel by foot, vehicle or vessel between provinces other than Western Province, West Sepik, East Sepik Province or East New Britain is not restricted.32

We have employees currently located outside PNG. Can they fly to PNG?

Generally not. Until the expiration of the national emergency, persons cannot travel into PNG unless approved:

If travel is approved, the first port of call for relevant persons will need to be one of those prescribed by the Emergency Controller (which include Jacksons International Airport in Port Moresby).

Anyone entering PNG who is not an exempt person must enter and remain in a designated quarantine facility for 14 days beginning on the date of their arrival in PNG.34

We have employees currently located in PNG. Can they fly to our project site?

This depends on where the project site is located.

For flights to Western Province, West Sepik, East Sepik or East New Britain Provinces, the person must be:

How do I seek an exemption or authorisation?

If you would like to seek a written exemption from the Emergency Controller or an authorisation under an Emergency Order, we suggest:

Are there limitations on the Government's powers?

Although very broad, the powers of the Government during a national emergency are not unlimited.

The PNG Constitution provides that an Emergency Law (being an Emergency Act or Emergency Regulation) may make provision for the peace, order and good government of the country to the extent reasonably required for achieving its purpose.

The PNG Constitution sets out certain basic rights for individuals. As described in the table at the end of this Insight, only some of these rights may be altered or infringed upon by Emergency Acts or Emergency Regulations.

The Constitution provides that only Emergency Laws may alter wholly or partly any Organic Law or any other law to the extent reasonably necessary to deal with the emergency concerned and with matters arising out of it. Emergency Orders, however, cannot alter Organic Law or other laws.

Under the Quarantine Act, the power of the Government to deal with an epidemic is limited to measures 'necessary to control and eradicate the epidemic, or to remove the danger of the epidemic, by quarantine measures or measures incidental to quarantine'.38

Furthermore, where an emergency has arisen that requires action to be taken that is not authorised under the Quarantine Act, the Health Minister may take such quarantine measures that are necessary or desirable for the diagnosis, prevention and treatment of a quarantinable disease.39 Any such action may only be taken with the advice of the Emergency Controller.

Can I be penalised for not complying with an order made under these Emergency Orders?

Penalties for contravening Emergency Orders made by the Emergency Controller include fines of up to K50,000 for individuals and K500,000 for corporations.

Where a person returns a positive test for COVID-19, penalties for knowingly and intentionally contravening the Emergency Regulation, or directions or orders made under it, include a fine of up to K100,000.00 or imprisonment for up to 10 years. Where a person contravenes this requirement, and this results in the infection or death of another person, that person commits a criminal offence and may be liable to life imprisonment.

There are also offences associated with contravening provisions of the Quarantine Act, as well as offences associated with breaking quarantine, which can attract both fines and/or imprisonment. Generally, it is an offence not to comply with emergency action taken under the Quarantine Act and it is an offence to try to prevent others from taking such action.

Under the Public Health Act, there are also offences associated with failing to abide by restrictions on the movement of infected persons.

Parliament has significantly strengthened the penalty provisions under these two Acts since the declaration of the national emergency.

Constitutional rights that Emergency Acts and Emergency Regulations may alter 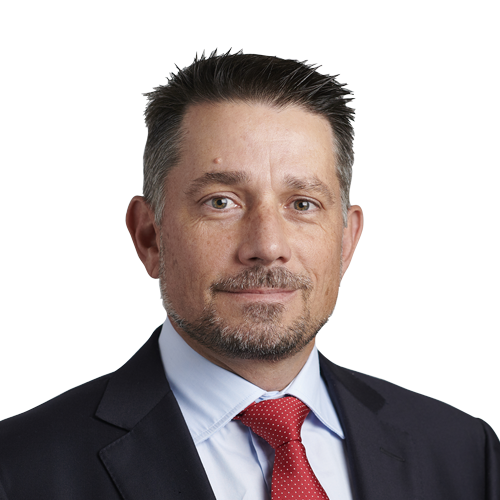 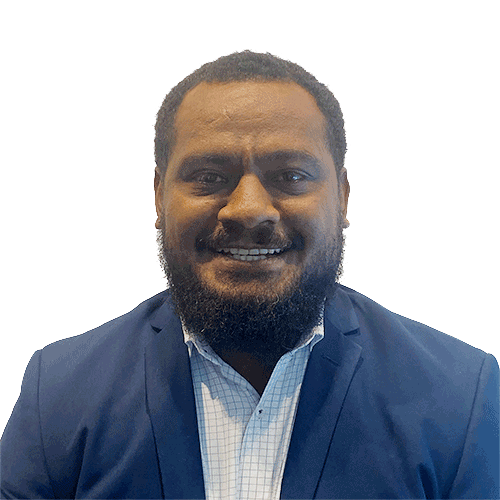