A new focus on VPAs being consistent with strategic plans and the suggestion that Councils could adopt thresholds for the use of VPAs could potentially limit flexibility and the circumstances in which VPAs can be used. While the Draft Practice Note does provide some welcome clarification that VPAs should not be used for the primary purpose of value capture, it also appears to place new emphasis on the provision of contributions at an early stage in the construction program.

Voluntary planning agreements (VPAs) are generally regarded as useful tools which enable flexibility in the delivery of public benefits, and provision of contributions for a range of public purposes which can extend beyond the scope of conventional local infrastructure contributions plans. This flexibility can operate to the benefit of both developers and the wider community, and the Draft Practice Note recognises these factors, among others, as the reasons why the use of VPAs is widespread.

However, the Draft Practice Note also acknowledges the potential for misuse of VPAs and for undesirable outcomes to result where probity and the public interest are not considered.

The current practice note on VPAs dates back to 2005 (2005 Practice Note), when the VPA regime was first introduced. The NSW Government released an updated draft in November 2016 (2016 Draft) with the objective of providing a fairer and more transparent framework for VPAs, however this draft was never finalised.

The Draft Practice Note released on 15 April 2020 is an update of the 2016 Draft, which is said to be responsive to submissions received in relation to the 2016 Draft, as well as the recommendations of the Review of Governance in the NSW Planning System by Nick Kaldas APM in 2018 (Kaldas Review).

What's new and what's staying the same – at a glance

Notably, none of the key changes in the Draft Practice Note address the identified concerns about the potential misuse of VPAs. The Draft Practice Note retains examples of potential 'undesirable outcomes', including planning authorities seeking inappropriate benefits or improperly relying on their statutory position in order to extract unreasonable benefits, but does not provide any new guidance as to how these outcomes are to be avoided.

The Minister is proposing to issue a direction under section 7.9 of the Environmental Planning and Assessment Act 1979 (NSW), which would require councils to 'have regard to' the Draft Practice Note when negotiating VPAs (Draft Direction). This is consistent with a recommendation coming out of the Kaldas Review.

There is currently no direction requiring councils to apply the 2005 Practice Note, so councils can take a different approach provided that they comply with the statutory requirements in the EPA Act. However, if the Draft Direction is issued, councils will for the first time be legally required to have regard to a practice note when negotiating VPAs.

Will the Draft Practice Note apply to me, if adopted?

Although the Draft Direction only applies to councils, the Draft Practice Note provides guidance for 'planning authorities' more generally, including the Minister for Planning and other agencies such as Transport for NSW. We would therefore expect the Draft Practice Note, if adopted, to be followed by the Department of Planning, Industry and Environment when negotiating VPAs on behalf of the Minister in the future.

Feedback on the Draft Practice Note and Draft Direction can be provided until Friday 12 June 2020 via the NSW Planning Portal. Please contact us if you would like any assistance in preparing a submission.

Also, stay tuned for Part 3 of our NSW Contributions Review Series, where we will share our thoughts on the draft discussion paper on improving the review of local infrastructure contributions plans, as well as the draft criteria for higher council development levies.

NSW Contributions Review Series – Part 1: A review and some reforms

After years of little progress in relation to contributions reform, on 15 April 2020 the NSW Government announced two significant developments – a review by the Productivity Commissioner and some more immediate 'system improvements' to be instituted by the Department of Planning, Industry and Environment (DPIE). 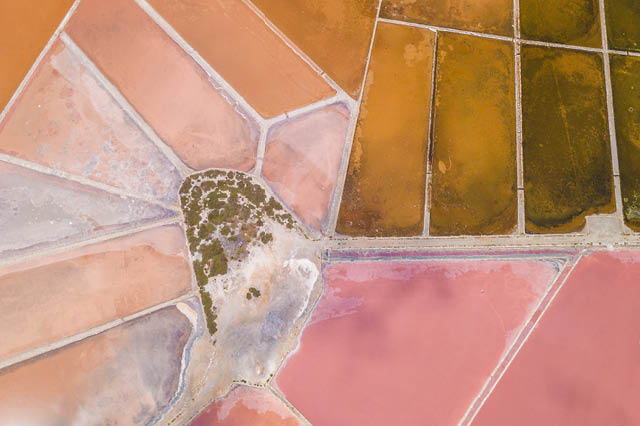