Technology notoriously moves faster than policy and law makers. In the energy space this has resulted in the development of distributed energy resources technologies and new business models that weren’t contemplated by the current regulatory regime, and which can pose safety and security issues to the South West Interconnected System. The Western Australian Government has addressed these and other issues through various work streams delivered (and anticipated) in 2020, paving the way for a new-look energy future.

Western Australia has seen significant developments in energy legislation, policy and planning in 2020, with key developments being:

Background – an unprecedented challenge to the electricity market and generation landscape

Since the end of the Second World War, the demand for electricity in Australia has risen in parallel to economic growth. In 2014 the economy continued to grow, however the demand for electricity started to fall. This unprecedented decline was caused partly by the development of increasingly energy efficient appliances and machinery, and the increased uptake in distributed energy resources (DER). DER bring great benefit to consumers by allowing them to increasingly control how their energy needs are met, but also pose challenges and uncertainty for regulators and law makers who have struggled to keep up with rapid technological advances. DER can also threaten the stability of the network, and potentially the long-term existence of the traditional transmission and distribution infrastructure. This ultimately challenges the electricity market and generation landscape as we know it.

DER and microgrids have now become key components in the Western Australian energy mix and have fundamentally changed the way we produce and consume energy.

Where the South West Interconnected System (SWIS) was traditionally reliant on utility-scale thermal generation, DER and microgrids have now become key components in the Western Australian energy mix and have fundamentally changed the way we produce and consume energy.

The Western Australian Government has invested significant resources to addresses the benefits, opportunities and challenges posed by this rapidly changing landscape through the Economics and Industry Standing Committee (Standing Committee) and the formation of the Energy Transformation Taskforce (Taskforce).

DER in the Western Australian market

DER are small-scale devices that can either store, generate or use electricity, and form a part of the local distribution system serving homes and businesses. DER technology is classified as either behind-the-meter or in-front-of-meter.

Behind-the-meter DER operate for the purpose of supplying some or all of a customer's electricity needs, and may be capable of demand management and supplying electricity back into the grid. Behind-the-meter DER technology includes rooftop solar PV, electric vehicles, residential batteries and smart appliances. In-front-of-meter DER technology is connected directly to the grid and can include some types of renewable generation (eg small-scale solar and wind farms) and grid-scale/community batteries.

The size and type of DER installed by customers is typically driven by the capital cost and payback period of the DER technology compared to costs of traditional alternatives. This is largely dependent on the underlying tariff paid by the customer (and any rebates received from the government). For this reason, uptake of electric vehicles and personal battery storage remains low but is expected to rise as the cost of the relevant technology decreases.

However, with an annualised average of 8.8 hours of sunlight per day and the highest number of cloud-free days of all Australian capital cities, the SWIS has ideal conditions for rooftop solar PV. Customer investment in rooftop solar PV has reached $1bn over the last 10 years and almost one in three houses have rooftop solar, which now represents 1,100 MW of installed capacity – three times larger than the single largest generator in the SWIS. By June 2029, SWIS rooftop solar PV is forecast to have a collective generation capacity of 2,546 MW.

The traditional regulatory framework does not contemplate integration of DER.

The traditional regulatory framework does not contemplate integration of DER. It has been recognised that changes to policy, market and regulatory arrangements have been needed for some time and are vital to ensure increasing DER penetration does not threaten the secure, safe and efficient operation of the SWIS.

On 4 January 2020 the WEM experienced its lowest trading interval demand on record, being 1,141MW. Prior to the vast uptake of rooftop solar PV, no one would have ever anticipated that an all-time market low could occur around midday on a summer's day. However, the vast uptake of rooftop solar PV has resulted in demand from traditional generation sources dropping significantly during warm sunny days with little cloud cover, when solar installations are generating at full capacity and air conditioners are not needed.

These vast extremes are representative of challenges faced by the market, and it's clear change needs to happen quickly to address the impacts of the so-called the duck curve, which are forecast to result in blackouts from 2022.

To assist the State to respond to the opportunities, benefits and challenges posed by DER, the Standing Committee undertook an inquiry into the emergence and impact of microgrids and associated technologies in Western Australia (Inquiry). The Inquiry’s Terms of Reference were broad and included the potential for microgrids and associated technologies to contribute to the provision of affordable, secure, reliable and sustainable energy supply in Western Australia. In doing so the Inquiry assessed enablers and barriers, including regulatory barriers.

Themes across the Inquiry's 73 findings and 21 recommendations included the need for strong planning and regulatory reform. Key for consumers is the need to ensure access to affordable electricity, while ensuring operational security and stability. In the Committee's opinion, this will require system and network operators to have 'appropriate levels' of sub-transmission visibility and the authority to control microgrids and associated technologies (ie the ability to turn off).

Not surprisingly, traditional tariff structures were also identified as increasingly problematic, benefiting customers with behind-the-meter DER technology due to payments being largely associated with energy consumption and not network costs.

Western Power has a vital role to play in integrating DER technology into the SWIS, which has been facilitated by amendments to the Act, discussed below.

Paving the way for DER in the SWIS

The first component, released on 4 April 2020, is the Distributed Energy Resources Roadmap, which provides the State's vision for 'a future where DER is integral to a safe, reliable and efficient electricity system and where the full capabilities of DER can provide benefits and value to all customers'.

Other aspects of the Energy Transformation Strategy

The remaining two components of the Energy Transformation Strategy are still being developed.

The Whole of System Plan will focus on the future needs of the SWIS, identifying and guiding investment in the power system and assisting in the transition to a lower-emissions power system. It will provide guidance to industry, regulators and policy-makers.

The Delivering the Future Power System will aim to modernise the way the SWIS is regulated and managed. This will include the implementation of a constrained network access model, expected by 2022 (which has been under discussion for many years) and changes to the reserve capacity mechanism. A move from Synergy dispatching on a portfolio basis (across all its generation facilities) to a facility-by-facility basis will improve the transparency of dispatch decisions, allowing the market to better respond to new investment opportunities, thereby promoting competition.

Western Power's role in planning, investment, operation and maintenance of the distribution network to ensure security, safety and reliability of supply will continue. However, the challenge will be for Western Power to transition into a more active distribution system operation role, utilising available technology advances to optimise the use of renewable generation on the existing distribution network. Changes to the regulatory framework commenced in April 2020 included changes to the Electricity Industry Act and allows for standalone power systems and distribution-connected batteries to comprise part of the SWIS. This will provide Western Power with the ability to use renewable energy to address reliability challenges experienced by regional and remote customers, with standalone power systems being a key tool in Western Power's future autonomous network.

Development of a light access regime in the Pilbara

The April 2020 amendments to the Act also provided for the development of a 'light regulation' regime to apply to electricity networks in the Pilbara. The regime will be implemented through the development of the Pilbara Networks Access Code and Harmonised Technical Rules. The proposed Pilbara Electricity Objective underpinning this regime is to promote the efficient investment in, and efficient operation and use of, services of Pilbara networks for the long-term interests of consumers of electricity in the Pilbara region. Delivery of the regime is expected mid-2020, with some key aspects still to be made available for public consultation.

On 16 April 2020, the Environmental Protection Amendment Bill 2020 (WA) was introduced to the WA Parliament. Although described in its second reading as the most significant reform of the Environmental Protection Act 1986 (WA) (EP Act) since its inception, the changes proposed in the Bill reflect a fairly modest reform agenda targeting improvements to the existing legislative framework.

Here is our summary of the 10 (or so) key things you need to know about the reforms proposed in the Bill. 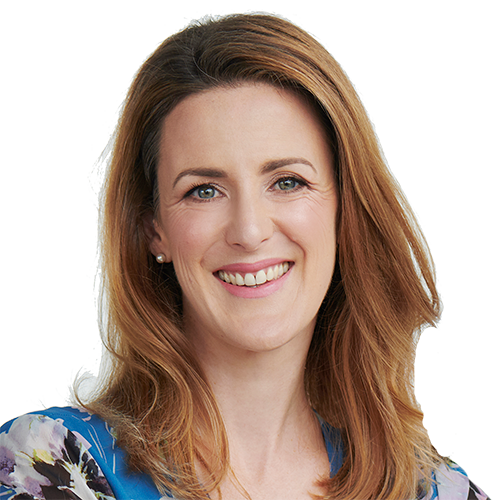