One of the issues a target board will need to consider when assessing a takeover by a foreign bidder is the mitigation of FIRB completion risk in the transaction, and the appropriate allocation of any residual risk between the bidder and the target. This is particularly an issue where the target's business includes critical infrastructure or raises national security issues.

In this Insight, we discuss some of the practical steps a target board can take to mitigate FIRB completion risk.

In recent years, the FIRB landscape has become far less clear, particularly where the target's business includes critical infrastructure, or where the acquisition may raise national security issues. Since 2015, we have seen the introduction of special rules around 'critical infrastructure', and new provisions requiring mandatory notification of proposed investment in national security businesses were introduced this year. We have also seen growing focus by FIRB and the ATO on the bidder's acquisition and financing structure.

Among these changes has been the increased imposition of conditions on approvals. The 2015 revamp of the legislation included the imposition of standard tax conditions, but we now see semi-standard conditions relating to operational control, data security and governance.

In this context, target boards must be alive to FIRB completion risks. Conditions of this nature may create a significant compliance burden or other operational impact on the target business under the bidder's ownership, which is an important consideration where a bidder has a right to walk away when it does not consider conditions to be reasonable.

Equally, in volatile markets, there is always the possibility that, after signing the implementation deed, the bidder has a change of heart (eg following a material change in market conditions). In this context, target boards should protect against a bidder using FIRB conditions as a reason to withdraw from an agreed deal.

Practical steps: what can a target do to manage FIRB risk?

There are a number of practical steps that a target can take to mitigate FIRB completion risks.

FIRB approval timelines vary dramatically, and for large public deals are typically at least three to four months, which represents a significant exposure period for a bidder, given recent volatility debt and equity markets, and uncertainty in general economic conditions. As such, the target should consider requiring any bidder to engage with FIRB early, and may seek contractual rights to information and cooperation obligations from the bidder in relation to its engagement with FIRB. This is particularly important if the target operates a sensitive business or has sensitive assets or land, whereby FIRB approval may encounter considerable delays. In these circumstances, the target may also seek to engage with FIRB directly to raise any preliminary concerns with the potential bidder (or bidders, in the case of a competitive process) before any public announcement is made or transaction documentation is finalised (which would require bidder consent).

The target should interrogate the bidder's upstream investors and any other sources of equity that will fund the bid. This is particularly important in the context of private equity bids, where the sources of equity are typically opaque and fund investor lists are closely guarded.

Many offshore funds include significant investments by sovereign wealth and pensions funds, and other government-affiliated entities, which can result in the bidder being treated as a foreign government investor and attracting significantly greater scrutiny by FIRB.

As such, even if a bidder is reluctant to disclose upstream equity sources, the target should still consider requesting anonymised information (eg percentage of investors by country and whether they are 'foreign government investors' under the FIRB legislation) and details of the upstream governance arrangements. In assessing the FIRB risk profile of a bidder, target boards may seek to ascertain whether the operations of the upstream investment fund are independent of its underlying foreign government investors, that each foreign government investor is a purely passive investor with no voting or other control over the strategy or direction of the fund, and that control is ultimately exercised by the fund's general partner.

The target should also consider including additional contractual protections in the implementation deed to address the subsequent introduction of upstream co-investors in a bid structure (which is a common feature of private equity bids) that may impact FIRB's consideration of the transaction.

Typically, when a bidder requires FIRB approval for a scheme proposal, the implementation deed will be conditional on FIRB approval either on an unconditional basis or subject to conditions that are acceptable to the bidder, acting reasonably. However, this market standard FIRB condition may not be appropriate where the target's business includes critical infrastructure, or involves national security issues. The target should consider formulating a deal-specific FIRB condition that provides the bidder with less general discretion.

Given FIRB continues to develop its approach to conditions, it is difficult for the parties to anticipate the form of particular conditions that they could pre-agree to be reasonable. However, the parties should be able to form a view as to the parameters of what would be acceptable (on a non-exclusive basis) to make it more difficult for a bidder to establish a credible basis to exit the deal if any conditions fall within these parameters.

Eg the FIRB condition could provide that the bidder must accept conditions of a kind commonly imposed by FIRB on transactions of a similar nature, or involving similar assets to the assets of the target (including conditions relating to restrictions on access to sensitive data, restrictions on the location of data storage, and restrictions on operational interference by limited partners or other equity investors) or conditions similar in nature to the conditions the target is already subject to under its contracts with government entities.

Careful consideration needs to be given to the tension between obtaining greater specificity in deeming conditions to be acceptable and the potential implications of such agreements for negotiations with FIRB and public market disclosure requirements.

There are only a few examples of a failure to obtain FIRB approval triggering reverse break fees. This may be about to change.

In 2019, Brookfield agreed to a 1.2% reverse break fee in connection with the Healthscope scheme. The reverse break fee was payable if FIRB did not approve an inter-conditional sale and leaseback transaction (the proceeds of which were used to fund the scheme consideration), rather than the substantive transaction itself. In 2018, a China Grand Pharmaceutical-led consortium bid over the top of Varian Medical Systems, which had agreed a deal to acquire Sirtex Medical. The consortium's offer was made just before Sirtex shareholders were due to vote on the Varian deal. The Sirtex board terminated the Varian deal and agreed to a higher offer with the consortium, but required the additional protection of a significant reverse break fee to be satisfied with the FIRB and other regulatory risks attached to the consortium's bid.

Given the limited precedents, target boards would need to give careful consideration to circumstances in which a reverse break fee would be appropriate. One obvious payment trigger (beyond the circumstances in Healthscope and Sirtex) would be a situation in which a bidder was unwilling to accept conditions (or specific pre-agreed categories of conditions) imposed by FIRB on its approval, although that would be a very bitter pill for a bidder to swallow.

A destination of choice for international investors, Australia's favourable political and business environment and its good governance and transparent regulatory framework, make it an attractive and dynamic investment for foreign investors.

Australia is a unique country with a historical emphasis on a stable and resilient economy. With stability comes an increase in competition for assets, a tightening of regulatory scrutiny and a number of investment challenges. 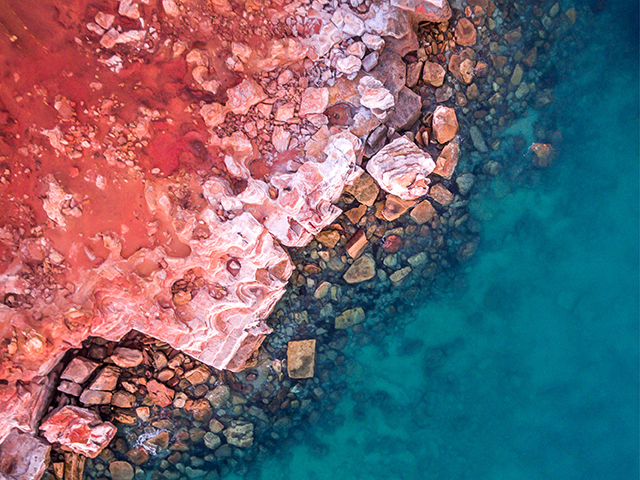