Wind farms and other renewable energy sponsors should be aware of two recent decisions of the Supreme Courts of Victoria and New South Wales, which have raised doubt over whether wind farm assets are chattels or fixtures.

We briefly explore the key findings of each court and consider some broader repercussions of these decisions for the renewable energy industry.

Summary of the AWF Decision

This case considered whether wind farm assets, brought onto leased land by the tenant wind farm company Ararat Wind Farm (AWF), were chattels or fixtures, and ought to be included when calculating the Capital Improved Value (CIV) of the leased land for the purpose of rates assessments under the Valuation of Land Act 1960 (Vic).

AWF, which had commenced the proceedings, objected to the CIV assessment provided in the rates notice issued to it by the local council on the basis that it was too high (since it incorrectly included the value of its wind farm assets). AWF contended the CIV of the leased land should instead be the same as the site value of the land.3 The Valuer-General Victoria, the respondent in the proceeding, maintained that the wind farm assets, as fixtures, were correctly included in the calculation of the CIV.

The assessment of CIV had wider commercial implications for both parties, as the Fire Services Property Levy (FSPL) payable by AWF to the state government was calculated using the CIV – the higher the CIV, the higher the FSPL.

The Supreme Court of Victoria found in favour of AWF and held that the wind farm assets were chattels, not fixtures, under the common law doctrine of fixtures, which requires consideration of the 'degree of annexation' – ie the extent to which assets are affixed to the land, here the assets being firmly affixed to the leased land; and 'the object of annexation' – ie the intention, objectively ascertained, of the relevant parties in fixing the assets to the land.

In finding the wind farm assets to be chattels, the court paid particular attention to:

The court concluded that this was compelling objective evidence that the parties did not intend for these assets to become part of the land to which they were firmly fixed.

Summary of the SPIC Decision

This case, like AWF, considered whether wind farm assets brought onto leased land by a tenant wind farm company (in this case, SPIC Pacific Hydro Pty Limited (SPIC)), were chattels or fixtures – this time, for the purpose of determining SPIC's liability to landholder duty under the Duties Act 1997 (NSW) arising from its acquisition of a 100% interest in Taralga Holding Land Trust which indirectly held land that was used for the operation of the Taralga Wind Farm.4

Despite the factual similarities between the two cases, the NSW court, in stark contrast to the Victorian court, held that the wind farm assets affixed by SPIC to its leased land were fixtures, not chattels, at common law.

Interestingly, while the court distinguished the case before it from the AWF Decision on the basis that the case 'addressed a different statutory regime',5 it then proceeded to query the Victorian Supreme Court's application of the common law doctrine of fixtures and, in particular, the degree of weight placed by that court on the terms of the wind farm company's lease and planning permit.

SPIC's leases enabled SPIC to occupy the land for a term of 30 years, and (like AWF's leases) allowed SPIC to remove the assets during the lease term and imposed upon SPIC the obligation to do so at the end of the lease. SPIC's development consent also required SPIC to submit a Decommissioning and Rehabilitation Plan. According to this plan, the dismantling process for turbines differed depending on whether the turbines are re-used, recycled or disposed of.

While the NSW court accepted that the terms of the leases and the development consent were relevant to assessing the assets as chattels or fixtures, the court disagreed with the 'determinative weight' that the Victorian court gave these factors in AWF.

How do we reconcile the two decisions and what are the implications?

While fixtures cases generally turn on their own specific facts, these two cases are still very difficult to reconcile. As the NSW Supreme Court noted, the cases deal with different statutory regimes, however, in our view, this has little bearing on each court's application of, and approach to, the common law doctrine of fixtures.

It would appear that the court in the SPIC Decision has adopted a more traditional, 'strict' application of the common law doctrine of fixtures, which places greater emphasis on the degree of annexation (rather than the object of annexation). On this analysis, where an item is affixed to a significant degree, it is prima facie a fixture.

However, this is not consistent with the modern trend in the cases. On this modern approach, the object of annexation is of greater importance than the degree of annexation, when assessing whether an asset is a fixture. In our view, the reasoning in SPIC therefore departs from the modern approach to the doctrine of fixtures.

It is also notable that the SPIC Decision relied on the decisions in National Dairies WA Ltd v Commissioner of State Revenue (2001) 24 WAR 70 (National Dairies) and Commissioner of State Revenue v Snowy Hydro Ltd (2012) 43 VR 109 (Snowy Hydro) where the courts considered as fixtures all equipment installed by the freehold owner of land as part of the long-term use of the relevant sites as integrated, special purpose-built commercial or industrial plant. In contrast, the Victorian Supreme Court in the AWF Decision distinguished Snowy Hydro on the basis that it concerned freehold (and not leasehold) land – and therefore the findings in that case were not relevant. The Victorian Supreme Court also did not consider the decision in National Dairies.

The characterisation of wind farm assets as fixtures may have important tax consequences for particular taxpayers:

The Valuer-General has filed an appeal in relation to the AWF Decision. While the Victorian Court of Appeal is yet to hear the matter, it will be significant to see how the appeal court responds to and reconciles the conclusions reached by the first instance AWF Decision and the later SPIC Decision.

At the time of this publication, we understand that no notice of appeal has been filed in respect of the SPIC Decision.

Australia is rapidly transitioning away from a centralised, coal-based energy system to one that is more decentralised and focused on renewable energy. This transition is being accompanied by increasing scrutiny of the human rights performance of renewables projects, including new benchmarking and a greater number of complaints.

It is critical to know what practical steps to take towards implementing and embedding a strong approach to human rights compliance. 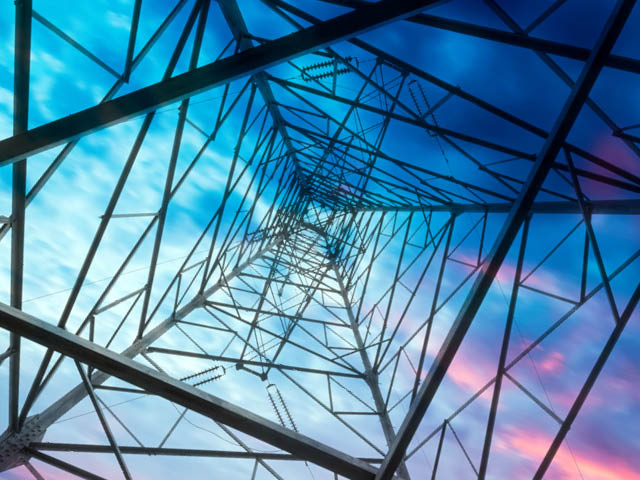