Following the announcement by the Federal Government that Australia will introduce a patent box, Treasury has now released a discussion paper on the policy design for this new initiative (the Discussion Paper). The closing date for submissions is 16 August 2021. Ahead of that deadline, we discuss a few of the key issues raised in the Discussion Paper below.

According to the Discussion Paper, the Australian Patent Box will have the following key features:

Treasury has invited submissions on several issues relevant to the design of the proposed Patent Box. A few of the key questions posed by the Discussion Paper, grouped by issue, are set out below:

At this stage, Australia's patent box is intended to be limited in scope to profits derived from inventions related to the medical and biotechnology sectors. Treasury has stated that limiting the regime to these specific sectors will be based on the use or classification of the individual patented inventions, rather than the overall industry classification of the company which owns the relevant invention.

A number of different approaches could be taken to implement this scope at a practical level. The Discussion Paper outlines two possible approaches, as follows:

The approach taken could have significant impact on the extent to which companies can enjoy concessional tax treatment under the patent box regime, so we recommend that companies carefully consider this issue and consider making a submission.

In relation to the first option, the 'patent-level test', the process of classifying an invention will not always be clear. In relation to the second option, a similar issue arises - how is the determination as to whether profits are 'attributable' to activity in the relevant sectors to be made?

As noted in the Discussion Paper, the World Intellectual Property Organisation has a suggested breakdown of the international patent classification system for medical technology and biotechnology, which may be a potential option for scoping the patent box regime in Australia.

Further guidance from industry, including in respect of how such patents are typically utilised across businesses as well as any accounting considerations, will also be relevant in informing government's approach.

'What is the best approach to provide certainty around access to the regime for the medical and biotechnology sectors?'

'What are the core concepts/applications that need to be covered by any definition of the medical and biotechnology sectors for the purpose of defining access to the patent box?'

Application of the 'nexus approach'

The Discussion Paper clarifies that the Australian patent box will be consistent with OECD guidelines and standards, and therefore will include a 'nexus approach'.

Under the nexus approach, concessional treatment is only available regarding net IP income where the company undertook the relevant associated R&D within the relevant home jurisdiction. The nexus approach is implemented by requiring businesses to adjust their qualifying IP income by what is known as the 'R&D fraction'. In the case of the Australian patent box, this fraction represents qualifying Australian R&D expenditure as a proportion of overall R&D expenditure on the relevant IP asset. It is worth noting that, based on the Discussion Paper, R&D expenditure conducted in Australia with the Australian Government's support may be included when determining the R&D fraction.

The Discussion Paper states that where possible, expenditure should be tied directly to a specific patented invention but that general and speculative R&D could be divided pro rata across multiple patented inventions. As a patented invention is often not directly correlated to a product or single R&D project, Treasury has foreshadowed some difficulties in the practical implementation of the patent box in their observation that 'there is a need to understand how R&D expenses will be recorded and reported to the ATO'.

Businesses that record expenses on a projects basis, rather than by direct reference to the relevant patented invention, will likely face accounting issues to accurately assign revenue to individual patents or families of patents. There are also a number of broader legal issues to consider, including the common scenario where, within a corporate group, the owner of a patent is different from the entity which generating revenue from the patent. This issue may be amplified in situations where the IP owner is based abroad and licenses the patent to an Australian operating entity.

'How much R&D activity (related to patented inventions) occurs outside Australia? How is R&D usually split between related and unrelated parties?'

Another key point raised in the discussion paper is the relationship between the patent box and Australia's commitments under the Paris Agreement to reduce greenhouse gas emissions.

In line with those objectives, the Australian Government has announced $20 billion of investment in low emissions technologies by 2030, including through the Australian Renewable Energy Agency and the Clean Energy Finance Corporation, which back early state technology via the Clean Energy Innovation Fund. Further, the government is looking to 'maximise co-investment and exceed at least $80 billion of total public and private investment in low emissions technologies over the decade'.

Relevantly, the Discussion Paper states that the patent box may provide a further avenue through which the Australian Government will look to encourage innovation in low emissions technologies. This raises a number of interesting questions, including whether the patent box will have a particular application in respect of the clean energy sector and if so, how the clean energy sector will be defined for the purposes of the patent box. Other considerations include what factors drive decision-making around the location of clean technology R&D and how these interplay with the broader objectives of the patent box. As such, whilst the announcement of a patent box is an exciting development for the clean energy sector, there remain a number of real and important questions to work through for the industry. Some of these questions, which the Government has requested input on, are detailed below.

'What sort of businesses own patented inventions relating to low emissions technologies, and would introducing a tax concession through a patent box support the clean technology energy sector?'

'What factors drive decisions about the location of clean technology R&D?'

'What factors drive decisions about the location of clean technology R&D?'

'Do patents play a strong commercial role in the clean technology energy sector, or are other strategies for using IP more important (such as being first to market)?'

'How would the clean technology sector best be defined for the purposes of a patent box?'

'How would the clean technology sector best be defined for the purposes of a patent box?'

'Would a patent box be an effective way of supporting the clean technology sector? Are there other options available to encourage growth in this sector?'

Eligibility of inventions patented in other jurisdictions

According to the Discussion Paper, the patent pox will apply to profits derived from inventions that would fall within the scope of Australian standard patents including where the invention is protected by foreign patents. Accordingly, another key issue raised by the Discussion Paper relates to how government will determine whether profits derived from an invention patented overseas are eligible for inclusion in the Australian patent box.

One way this issue may be managed practically is through the global Patent Prosecution Highway Program (PPH), which provides for the sharing of work product between participating patent offices in different countries, thereby allowing for accelerated processing of patent applications in the participating offices. In short, to the extent that a patent has been secured in a participating jurisdiction, the PPH may provide a clean pathway to secure patent registration in Australia and for the inclusion of any profits from the patented inventions in the Australian patent box.

The patent box will apply only to patented inventions having a priority date after 11 May 2021.

While there are mechanisms to accelerate the grant of a patent, it will likely take several years for patent applications filed on or after 11 May 2021 to be granted, and for profits derived from the patented invention to be eligible for inclusion in the patent box. This may align with the development timeline for some products and help to ensure that the patent box rewards successful innovation.

'What will be the implications of targeting the patent box to new patented innovations (i.e. have a patent priority date after 11 May 2021)?'

'Would a start date for the patent box’s concessional tax treatment of income years commencing on or after 1 July 2022 give companies enough time to prepare for the regime? How would it impact on new R&D?'

The Discussion Paper raises several further questions relevant to the design of the patent box, including in respect of:

As noted above, the closing date for submissions on the Discussion Paper is 16 August 2021. Further information regarding how to make a submission including the relevant contact information can be found here.

Please contact one of our expert lawyers and patent attorneys (details below) should you have any questions regarding the patent box, or would like assistance in making a submission. 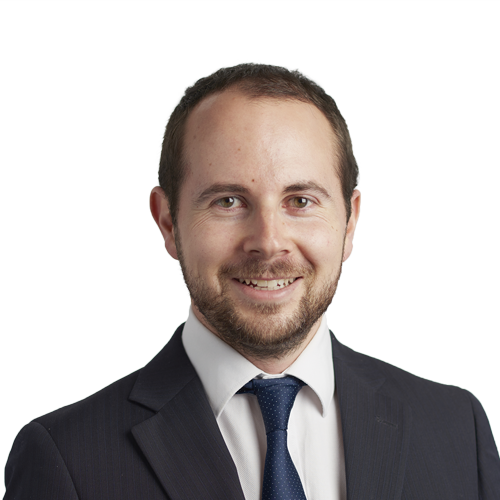