We look at the problems of overselling a company's performance to attract new staff; new Federal Government policy that will make franchisors and parent companies responsible for their franchisees' and subsidiaries' breaches of the Fair Work Act; and the importance of following procedural fairness when dismissing an employee.

In brief: The Federal Court of Australia has affirmed that employers can be liable for misleading or deceptive representations made to prospective employees during negotiations over their terms and conditions of employment. Senior Associate Tristan Garcia and Law Graduate Rebecca Kok report.

During pre-employment discussions, Johns Lyng offered Ms Rakic a base salary of $115,000 (approximately $100,000 below her salary at Pattersons) as well as a 2.5 per cent profit share, which it said would make up the difference for the gap. In support of this, a director of Johns Lyng told Ms Rakic that the business was profitable and likely to meet or exceed the profits and sales targets that had been achieved in the two previous financial years. Ms Rakic was emailed the profit share figures for the previous two years as well as an estimate for the coming year.

However, Johns Lyng's financial performance fell significantly short of its forecasts and Ms Rakic was retrenched. Ms Rakic then sued Johns Lyng for misleading or deceptive conduct, alleging that she had relied on its representations when she accepted the job instead of continuing in her previous job or accepting employment elsewhere with higher remuneration.

The FCA ruled that Johns Lyng did not have reasonable grounds for representing to Ms Rakic that its profitability would continue to meet or exceed that of the past two years. Ms Rakic was awarded $333,422 to compensate her for her reliance on those representations.

Even though Johns Lyng's representations were not guarantees, the Federal Court of Australia (the FCA) accepted that the company had misrepresented to Ms Rakic that its profitability forecasts were likely to be achieved since:

In deciding what damages to award Ms Rakic, the FCA took into account Ms Rakic's diminished job prospects, what she would have earned if she had stayed at Pattersons and her likely future earnings.

In brief: Franchisors and parent companies that fail to ensure their franchisees and subsidiaries comply with their workplace obligations may be liable under the Coalition's proposed changes to the Fair Work Act. Senior Associate Chloe Wilton and Law Graduate Miranda Scott report.

The Coalition has announced an election policy to enhance worker protections in response to an inquiry by the Fair Work Ombudsman (FWO) that revealed widespread non-compliance with workplace laws by 7-Eleven franchisees.

During its investigation into the 7-Eleven network, the FWO uncovered evidence that 7-Eleven:

Despite this evidence, the FWO concluded that there was not sufficient evidence to prove that 7 Eleven had breached the Fair Work Act's existing accessory liability provisions.

Under the Coalition's proposed changes to the FW Act, franchisors and parent companies would be liable for breaches of the FW Act by their franchisees and subsidiaries, if the franchisor/parent:

The FWO found that its investigation into the 7-Eleven network was hampered by widespread lack of cooperation and the creation of records that concealed contravening conduct. The FWO also observed that both franchisors and franchisees may benefit from the underpayment of workers and asserted that the consequences of this behaviour must outweigh the benefits that flow from it.

To address these concerns, the Coalition proposes to:

The Coalition's policy is very likely to receive cross party support and so is likely to become law.

In brief: The Fair Work Commission has confirmed that an employer failed to observe procedural fairness before dismissing an employee who called the CEO a 'c--t'. Senior Associate Sikeli Ratu and Law Graduate Jo Seto report.

Mr Hain was employed as a labourer at Ace Recycling. One day, Mr Hain approached the CEO of the company to discuss outstanding overtime payments. The CEO became aggressive and swore at Mr Hain. A heated altercation ensued, during which Mr Hain called the CEO an 'old c--t'. Later that day, the CEO dismissed Mr Hain via a text message which stated, 'the old man here. Do not come back tomorrow thanks'.

The Commission determined that there was a valid reason for the dismissal, but that the procedure used by the employer to dismiss the employee was unfair.

While it was reasonable for Mr Hain to raise the overtime payment issue, he took matters to an entirely different level when he called the CEO an 'old c--t'. Mr Hain's comment was rude, disrespectful of the CEO's position and indicative of a breakdown in the employment relationship. Mr Hain's conduct was also particularly inappropriate, given the CEO's position in a relatively small company. Although the CEO had also sworn during their discussion, Mr Hain's conduct was more serious because the profanities were specifically directed towards the CEO as an individual.

However, the Commission also considered that the CEO's response to Mr Hain's conduct meant the dismissal was unfair. The Commission noted that the CEO had not responded in an appropriate manner to a reasonable query about overtime payments. In the context of the overall tone of the conversation, Mr Hain's comments did not warrant summary dismissal. Furthermore, a text message was not an 'appropriate mechanism' to inform the employee of his dismissal or the reasons for it.

The Commission concluded that although Mr Hain's conduct was egregious, the employer was still required to carry out his dismissal in a procedurally fair way. For example, if a discussion had been held, Mr Hain might have been provided with the opportunity to explain, or apologise for, his comment. Given this lack of procedural fairness, the Commission decided that Mr Hain's dismissal was unfair overall.

The Commission awarded Mr Hain compensation, which was set at a modest level because he had found a found a job shortly after the dismissal and Ace Recycling was in liquidation. 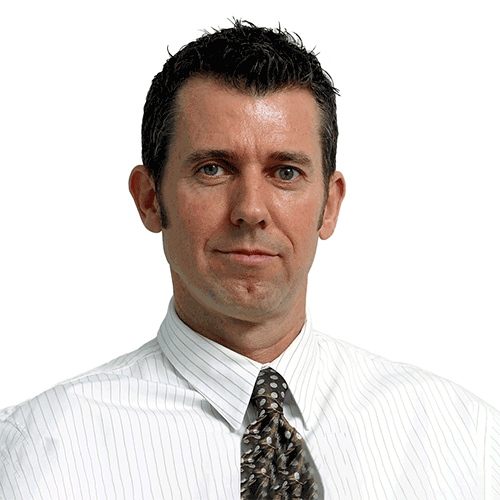