Download a PDF copy of the paper: Protecting innovation without patents – data exclusivity and market exclusivity.

Modern societal expectations are that medicines, which the relevant National Registration Authority allows to be marketed, will be safe and efficacious. The general requirements are remarkably similar throughout the major developed economies. The relevant National Regulatory Authority (RNA) – the Therapeutic Goods Administration (TGA) in Australia, the Food and Drug Administration in the US, and in Europe, the European Medicines Agency – needs to be satisfied that the product is safe and efficacious and manufactured to a sufficient quality. Only then will the product receive marketing authorisation.

In order to satisfy the relevant regulators, the sponsor of the medicine provides detailed clinical trial data, together with a range of non-clinical studies. These studies and the preparation of the required detailed documentation are expensive and time consuming. As a result, there are economic benefits, at least for the wider community, in allowing competitors to rely on aspects of the original sponsor's clinical studies relevant to any follow-on product being brought to market. In addition, there are ethical issues associated with the repetition of clinical studies.

However, it can also be argued that in order to provide an incentive for this work to be done in the first place, there is a sensible basis to restrict the use of the information provided by sponsors in support of their marketing authorisation application by others; at least for a period of time. Otherwise, the work required to show that a medicine is safe and efficacious may not be undertaken if there is insufficient economic return. This is similar to the role that patents can play in providing a limited period of monopoly protection and thereby a return for the investment in new inventions. Where patent protection has not been, or cannot be, obtained, some other period of protection may be essential to provide the incentive to bring new drugs to market.

Sponsors facilitate their own interest and try to protect that information from use by others by keeping that information out of the public domain. They also provide it to the relevant NRA on a confidential basis when seeking to obtain marketing authorisation. The balance between the interests of the original sponsor, those wishing to compete and the wider community is usually provided by imposing restrictions on how an NRA can use the information. This restriction on use is referred to as data exclusivity.

Stakeholders and commentators have argued that data exclusivity does not in fact provide monopoly protection because there is nothing to prevent the sponsor of a biosimilar or follow-on biologic from developing its own data package to support its product. However, this ignores the real ethical barriers to undertaking the types of clinical trials that are necessary to support such a data package where that work has already been undertaken, as well as the significant expense involved.

In some jurisdictions, there are additional restrictions on the NRA's right to allow competitor products to enter the market, based on providing the original sponsor with a period of market exclusivity. This is where there are prohibitions on providing marketing authorisation to competing products for defined periods of time.

While some form of exclusivity exists in all developed economies, the particular provisions vary between jurisdictions, reflecting the balance considered acceptable in different jurisdictions. In most cases, the exclusivity period runs in parallel with, and for a shorter period than, any monopoly protection provided by patents.

The importance of data and market exclusivity for biologic medicines

In such circumstances, the interest of innovator companies lies in longer data and marketing exclusivities, to delay market entry of biosimilars by preventing, or delaying, reliance on an innovator's test data by a competitor seeking marketing authorisation for a biosimilar product. Article 39.3 of the Agreement on Trade-Related Aspects of Intellectual Property Rights (TRIPS) – to which all major economies are signatories – requires some level of protection against unfair competition for this data, but it does not require any provisions conveying exclusive rights to the data.

More recently, the negotiation of the Trans Pacific Partnership (TPP) trade agreement brought the differences in exclusivity provided in different nation states into stark contrast. Data exclusivity for biologics emerged as a particularly difficult issue in the negotiation of the TPP. The US Government pressed hard for exclusivity periods similar to those provided under its Biologics Price Competition and Innovation Act (the BPCIA)2 to be available under the TPP – these, when combining data and market exclusivity provisions, can be in excess of 12 years.

Other nation states robustly resisted this, with Australia being a lead advocate for its own position of providing a five-year period from the granting of the originator's marketing authorisation, during which the TGA is not permitted to rely on the data. This applies to all medicines, not just biologics.

Ultimately, the TPP provides a compromise position, the broader implications of which may not yet be fully apparent. The relevant section of the TPP (Article 18.51) states:

With regard to protecting new biologics, a Party shall either:

(b) with respect to the first marketing approval in a Party of a new pharmaceutical product that is or contains a biologic, provide effective market protection:

(i) …for a period of at least five years from the date of first marketing approval of that product in that Party,

(ii) through other measures, and

(iii) recognising that market circumstances also contribute to effective market protection to deliver a comparable outcome in the market.

This provision remains a matter of conflict. In May 2016, the powerful Chairman of the US Senate Finance Committee, Orrin Hatch, said that the failure of the White House negotiations to win the 12 years' protection provided for in the US would essentially kill chances for a Senate vote on the TPP.3 These criticisms are continuing and, in the current US political environment, may present a real threat to implementation of the TPP.4

It is also far from clear that Australia really meets the requirement for an outcome comparable to eight years of effective market protection.

The current position in Australia and the US

Because the real debate between Australia and the US is whether what Australia provides is sufficiently similar to what the US wants (or provides), the current position of each is set out below.

The Australian position is that the TGA is not allowed to rely on data about an active component that:

This applies to all products whether they are small molecule drugs or biologic medicines.

Due to the processing times for evaluating applications for follow-on products, it would be very rare for the TGA to provide a marketing authorisation for a biosimilar product until a year after the application. The TGA aims to undertake the evaluation of follow-on products within 8.5 months and indicates that the pre-submission process takes about 3.5 months. In addition, the regulations require the TGA to undertake the evaluation within 255 working days (essentially a year) after the application has been accepted. In practice, it is likely to take longer because time stops running where the TGA asks the sponsor for additional information and does not start again until the information has been provided.

This data exclusivity period is completely independent of patent rights. Relevantly, work undertaken to obtain marketing authorisation is specifically exempted from patent infringement by section 119A of the Patents Act 1990 (Cth).

The exclusivity periods in the US are regulated differently depending on whether the product is a small molecule or a biologic medicine.

As there is no reference to reliance on the data from the reference product, these periods look like market exclusivity. However, it seems plain that Congress intended these to be data exclusivity periods. This is probably the case because the periods only operate in relation to applications for biosimilar or interchangeable products that do not require the application provide all of the usually required data for obtaining a marketing authorisation. Instead, the emphasis is only on proving that the follow-on product is biosimilar or interchangeable.
While the BPCIA is a bespoke scheme for biologic medicines, it has some similarities with the scheme used for generic entry of small molecule medicines. These include:

The real period of protection provided by BPCIA is close to the effective monopoly period provided by patent protection. This is because the underlying patents for any innovation in medicines are granted some time before the product is ready for market. The consequence is that patents tend to provide an effective period of protection of about 14 years for the marketed product – the period of protection targeted by US patent term extensions. The similarity of these periods appears to be a deliberate policy choice, presumably because of the limitations on patentability of biologic medicines in the US.

Will the Australian position withstand the scrutiny of our TPP partners?

Despite this, the Australian Minister for Trade during the TPP negotiations and now Special Trade Envoy, Andrew Robb, has stated that US pharmaceutical corporations could be assured of the same monopoly rights over biologic medicines that they enjoy in the US.7

As set out above, the administrative processing times, which would include the TGA's assessment of any application for marketing authorisation and also the processing of applications for reimbursement approval, are likely to satisfy the requirements of Article 18.51(b)(ii) and (iii). Australia also clearly meets the requirement of Article 18.51(b)(i) and gets close to the eight years – or, at least, sufficiently close to be a 'comparable outcome' to eight years. However, getting the further four years provided under the BPCIA, as apparently promised by Robb, seems difficult. Mr Robb's insistence that Australia is 'not going to change our system'8 therefore appears to conflict with his assurances to US pharmaceutical corporations.

However, the only requirement is a 'comparable outcome' to TPP's eight-year requirement – there is no requirement to match the US's 12 years, nor to provide for eight years expressly. Consequently, while Mr Robb's statements to US pharma – if they were intended to promise 12 years, as provided for by the BCPIA – are potentially misleading, it appears that Australia is likely to be able to argue it complies with its actual TPP obligations. 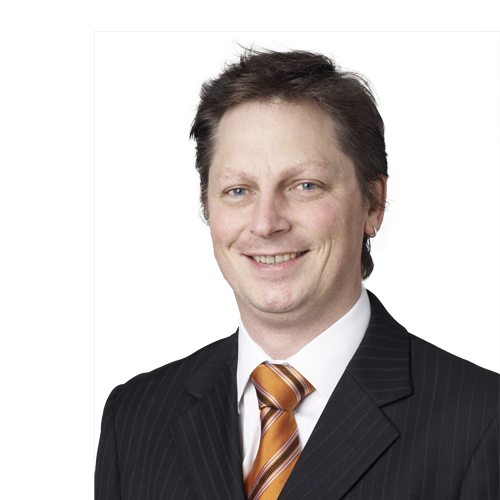