The Queensland Government is proposing legislation that will restore a prohibition on landlords requiring tenants to pay land tax under commercial leases entered into after 1 January 1992 and before 30 June 2009. This essentially negates the effect of a Supreme Court decision that land tax from 30 June 2010 under such leases was recoverable. However, tenants cannot recover land tax already paid, or resist a court order that has already been made, before the restoration legislation commences. Partner John Beckinsale considers the implications.

The decision of Vikpro Pty Ltd v Wyuna Court Pty Ltd [2016] QCA 225 (an unsuccessful appeal from the original decision in Wyuna Court Pty Ltd v Vikpro Pty Ltd [2015] QSC 216) meant that tenants with pre-30 June 2009 commercial leases that allow for the recovery of land tax by the landlord (or renewals, assignments or transfers of such leases) were obliged to reimburse their landlords for land tax imposed from 30 June 2010.

This decision had no impact on the recovery of land tax in Queensland under residential leases, or under retail leases subject to the Retail Shop Leases Act 1994 (Qld).

We reported on the background to the original court decision in our Client Update: Recovery of land tax from commercial tenants in pre-30 June 2009 Queensland leases.

On 13 June 2017, the Queensland Government introduced the Revenue Legislation Amendment Bill 2017, which, among other changes, will negate the impact of the Vikpro decision. If the Bill is passed in its current form, it will apply retrospectively from 30 June 2010, so that the prohibition on recovery of land tax by landlords before 30 June 2010 will apply, despite Vikpro.

While the Bill will apply retrospectively from 30 June 2010, the Government has recognised that certain landlords may have already recovered land tax from tenants, in reliance on the Vikpro decision. The Government has therefore drafted the Bill so that a tenant is barred from seeking recovery of any amount of land tax that has already been paid to the landlord when the legislation is passed, where such recovery would have been based solely on the operation of the amendments. The Bill also provides that if at the time the legislation is passed, a court has made an order requiring a tenant to pay land tax under a pre-30 June 2009 lease, the landlord may still enforce that court order.

It is unclear how soon the Bill may become law, or whether the land tax provisions may be amended before it is passed. At the time of writing, the Bill had not yet had its second reading speech, but it is understood that could occur as early as 15 June 2017.

Implications of the decision

If the Bill is passed with the land tax changes in their current form, it will mean land tax recovery under commercial leases in Queensland will be dealt with as follows:

Lease entered into before 1992:

A landlord who has spent money pursuing relevant land tax recovery but does not receive payment or a court order for payment, before the amendments commence, will not be able to recover the land tax. It would be interesting to see how a court would treat the question of costs where an action was progressing at the time the amendments commence.

A tenant who has already paid relevant land tax before the amendments commence, or who has been ordered by a court to pay, will not be able to recover such land tax, or resist the court order. 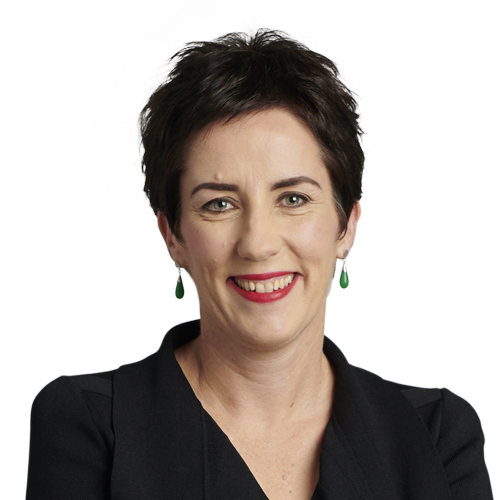