We reported on 1 September that the Federal Government had released exposure draft legislation for the new corporate collective investment vehicle (or CCIV). In this article Partner Marc Kemp and Consultant Derek Heath consider whether the CCIV is likely to replace the unit trust as the vehicle of choice for wholesale (as opposed to retail) fund structures.

Private unit trusts are, on the whole, lightly regulated in Australia. It is in part for this reason that many wholesale investment vehicles, from widely-held property and infrastructure funds to more closely held consortium vehicles and capital partnerships, are set up as unit trusts and operate as unregistered managed investment schemes. (Of course they may choose to register under Chapter 5C of the Corporations Act, in which case the full panoply of that chapter, from compliance plans to unit pricing requirements and responsible entity duties, applies; but unlike funds offered to retail investors they are not required  to register.)

On its face, the CCIV structure is an attractive one to fund managers and investors alike. Investors (shareholders) will have the benefit of statutory limitation of liability; creditors will have direct access to the assets of the CCIV rather than indirect access to trust assets through the trustee's (sometimes precarious) right of indemnity; and fund managers will have a vehicle that is perhaps more readily understood, particularly by offshore investors, and that is able to contract in its own name, avoiding the need for the trustee to incur trust liabilities and protect its personal position with limitation of liability clauses.

But as with everything, there is a price – in this case, it's the price of potentially bringing wholesale fund vehicles established as a CCIV more under the purview of ASIC than would have been the case for a private unit trust structure.

Although regulation is by no means the only factor, it is probably safe to say that, all other things being equal, a fund manager, promoter or consortium leader is likely to choose a less heavily regulated vehicle than a more heavily regulated one – there are obvious savings in time, cost and complexity, and less regulation often allows more flexibility to establish a vehicle compatible with the particular requirements of investors and the relevant transactions. As such, it is certainly a question that needs to be answered, whether CCIVs will, given the additional regulatory burden that looks likely to come with them, really be as attractive to wholesale fund managers and their investors as they might otherwise seem.

To help develop that conversation, the table below compares the current regulation of an unregistered wholesale trust (and fund manager) with the regulation that, based on the current  exposure draft, would apply to a wholesale CCIV. It will be immediately evident that the price to pay for the benefits of a CCIV is more regulation. Although the exposure draft is likely to change during the consultation process, we expect many of the features identified below to remain and so, on this measure, it is likely that the sun has not set on the unit trust yet.

The experience in the United Kingdom may also be instructive, as the CCIV has in large parts been modelled as the UK's open-ended investment company (or OEIC). The experience of our Alliance partner, Linklaters, has been that OEICs are overwhelmingly used as retail fund vehicles, typically subject to detailed regulation either as UCITS (Undertakings for Collective Investment in Transferable Securities) or as NURS (Non-UCITS retail schemes). They are not typically used as wholesale funds, given the regulatory framework under which they are established. Managers have a number of other options when structuring wholesale funds (including, in a European context, fund vehicles established in other jurisdictions such as Jersey, Guernsey, Luxembourg or Ireland). When considering vehicles established in the UK, limited partnership structures (be they English or Scottish) are often used for closed ended wholesale funds. It may be for this reason that Treasury and ASIC are consulting on the CCIV in tandem with the Asia Region Funds Passport, which is intended to simplify the offer of retail funds in participating countries.

In its 2011 report (released by the Federal Government on 4 June 2015) the Board of Taxation recommended the introduction of a limited partnership collective investment vehicle (or LP CIV), with the same tax neutrality available to managed investment trusts. We reported on this recommendation in our article The beginning of the end of the unit trust's monopoly? A look at limited partnerships. A look at limited partnerships. In its report, the Board noted the remarks made by stakeholders that limited partnerships are typically restricted to institutional and sophisticated investors and, although it did not recommend that this restriction be applied to an LP CIV, it may be (and we hope) that Treasury has in mind that the LP CIV will be a more lightly regulated equivalent to the CCIV. The Federal Government has announced that it will look to introduce an LP CIV once the CCIV had been introduced. We look forward to finding out. 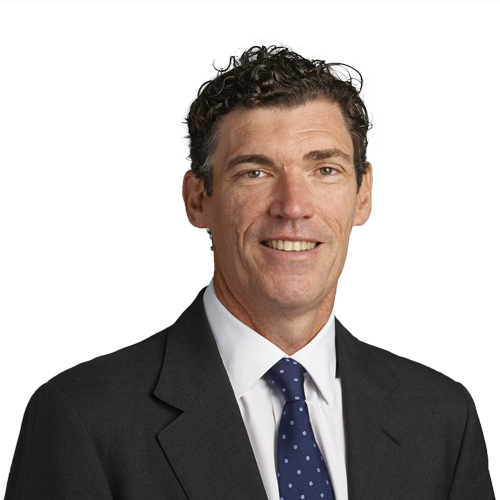