ASIC is examining the allocations process in capital raising transactions. Senior Associate Addison Ma discusses ASIC's allocations project and the influences that the regulators in the UK and in Europe may have on the project.

Regulator activity in the Australian equity capital market space has never been more active, as highlighted by the 2016 ASIC report on sell-side research and corporate advisory conflicts (REP 486) and the follow-up regulatory guide in December 2017 (RG 264), the recent criminal cartel case brought by the ACCC (MR 103/18), and the recent enforceable undertaking by a licensee following ASIC's investigation into bookbuild messaging in a block trade transaction (MR 18-198).

In the midst of the above, ASIC has also been working away in the background, looking into the allocation processes in both primary and secondary capital raisings.

In February 2018, ASIC flagged to the market (Market Article: Reviewing allocations practices in capital raising transactions) that it would be looking closely at allocation practices in a number of ECM transactions, and consulting with industry players (including licensees, corporate advisers, corporate issuers and investors), although we understand anecdotally that this review had already begun in 2017.

ASIC Commissioner Cathie Armour reiterated this 'allocations project' in a speech at the Stockbrokers and Financial Advisers Conference in May 2018 (Professionalism and other things), noting that market participants should expect to receive notices from ASIC (if they haven't already) requiring them to inform ASIC of their involvement in capital raisings, with a view to seeing how the allocation process occurs. ASIC's position is that it wants to see, among other things, 'how the book was built', a 'fair allocation process' and firms being 'able to demonstrate how the allocation process reflects the interests of their issuer client'.

Outside of the two above public statements, it is currently unclear where ASIC will land on its review and what, if any, guidance or other regulatory intervention it may provide/pursue once it concludes its review. However, ASIC has stated that it has also been in discussions with international regulators to understand their regulatory approach to allocations, and it is likely this will influence ASIC's final position on the issue.

Given this, it is useful to consider the approach on allocations that the UK Financial Conduct Authority (the FCA) has taken in initial public offerings (IPOs), following a broader market study into investment and corporate banking in 2015/2016, as well as the requirements that came into effect on 3 January 2018 under the European Union Markets in Financial Instruments Directive (MiFID II). These two offshore examples may provide some insight into where ASIC may eventually land once it concludes its allocations project.

In its Occasional paper 15: Quid pro quo? What factors influence IPO allocations to investors (the Occasional Paper 15), the FCA reported on a statistical and empirical review of 220 IPOs conducted in or from the UK1 between January 2010 and May 2015, focusing on conflicts in IPO allocations; the relationship between investment banks and IPO investors, and whether this relationship drove allocations; practices among different banks; and the favouring of investors who held onto their shares or provided liquidity in the after-market.

In October 2016, the FCA repeated its findings from Occasional Paper 15 in its Final Report – Investment and corporate banking market study (MS15/1.3) and, following consultation with industry, ultimately did not propose new rules to regulate the area of IPO allocations, given the existing guidance it had in SYSC 10 (Senior Management Arrangements, Systems and Controls standards in the FCA handbook) and the upcoming (at the time) implementation of MiFID II, which would address a number of the issues raised. The FCA did note that it would conduct targeted supervisory work in the lead-up to MiFID II, focusing on specific issues identified at particular banks as part of its investigation.

The original EU MiFID primarily governed the provision of investment services in financial instruments by banks and investment firms, and operation of traditional stock exchanges and alternative trading venues. MiFID II reinforces and enhances the provisions under the original directive and came into force on 3 January 2018.

The allocation process is primarily addressed through the conflicts of interest provisions of MiFID II and the MiFID II regulations (in particular, Articles 38 to 43 of the MiFID II implementing regulations), which set out additional conflicts requirements/processes for firms offering corporate finance services, such as underwriting, pricing or placing of securities.

Key requirements for such firms under MiFID II include:

While it is unclear at present what (if anything) will come of ASIC's allocations project, and notwithstanding that equity capital market practices vary between jurisdictions, it is possible that ASIC's review and findings may be similar to that the FCA found in its Occasional Paper 15 (as outlined above). Although the FCA ultimately decided that it did not need to change the existing regulatory regime, this was partly due to the fact that the new MiFID II regime was shortly coming into force, which addressed a number of the issues it had identified.

What is clear is that ASIC has already flagged it will be consulting with its international counterparts on the issue, and it is very likely that for guidance it will look closely at the position adopted in the UK / Europe. This would be consistent with how the new proposed product design and distribution bill (see our Client Update: Design and distribution of financial products – regulating 'retail product distribution conduct') currently being consulted on has been influenced by the equivalent European product governance rules.

As it relates to allocations, while there are general conflict of interest obligations that are applicable to AFSL licensees, the European approach has been to deal with the issue through express obligations, and to codify obligations, conduct and certain practices relating to the provision of underwriting services and the allocation of securities, as a means of managing conflicts of interest in the process.
Could this be where ASIC ends up on the issue? Time will tell, but there may be some merit in Australian lead managers/underwriters considering their own internal practices and processes as they relate to allocations and conflicts of interest; and looking at them through the regulatory prism that applies to their European counterparts2, to see if there are any areas where current practices/processes could fall short of those requirements, and to consider if any improvements could be made. 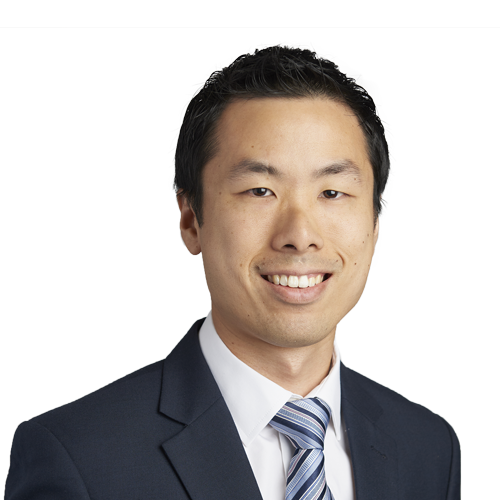