The latest proposed changes to the regulation of personalised medical devices (including 3D-printed devices) introduce a set of new, internationally harmonised definitions, which, if implemented, will have important effects on the industry. Special Counsel Ric Morgan and Senior Associate Tracy Lu consider the key new proposals.

A second consultation paper on proposed changes to the regulation of personalised medical devices (including 3D-printed devices) has been released by the Therapeutic Goods Administration (the TGA), with submissions open until 31 March. It introduces a set of new, internationally harmonised definitions, and aims to clarify some of the issues arising from the previous consultation process.

The most significant proposal is the introduction of a replacement set of new definitions for 'personalised medical devices'.

Under the current regulatory framework, medical devices either fall within the definition of a 'custom made medical device' (in which case a number of regulatory exemptions would apply) or do not.

The first consultation paper, released by the TGA in November 2017, introduced the definition of a 'personalised medical device', which encompassed three subcategories of devices: 'custom made', 'customised' and 'patient-specific'. It was proposed that different regulatory requirements would apply, depending on the device's level of customisation and risk classification. At the same time, it was proposed that the definition of 'custom made' would be narrowed, so that it would only apply in truly exceptional circumstances.

The stakeholder feedback on this proposal was that the boundaries between the subcategories were still unclear and more explanatory examples should be given.

In this second consultation paper, the TGA has adopted the definitions published by the International Medical Device Regulators Forum (the IMDRF) in late 2018, which divided 'personalised medical devices' into the subcategories of 'custom-made', 'patient-matched' or 'adaptable'.1

The new definition for 'custom-made' is more comprehensive than the current definition set out in the Therapeutic Goods (Medical Devices) Regulations 2002. It emphasises that the responsibility for the device sits with the healthcare professional who has developed its design and that the device is intended to meet patient needs that cannot otherwise be met by an alternative device available on the market. An example given is that of an artificial cervical disc replacement requested by a spinal surgeon for a 7'2'' patient, whose dimensions fall outside what commercially available artificial cervical discs could accommodate. These devices will continue to enjoy the benefits of regulatory exemption given to 'custom-made' devices, although some additional regulatory requirements for custom-made devices have also been proposed in this paper, such as the ability for the TGA to enter and inspect manufacturing sites.

The new definition of 'patient-matched' allocates responsibility of the device to the manufacturer and applies to devices that are matched to a patient's anatomy within a specified design envelope. An example given is that of an orthosis used to shape the skull of an infant to prevent plagiocephaly, where the manufacturer makes a patient-specific helmet based on 3D images of the patient but within validated parameters. These devices will no longer qualify for regulatory exemption as 'custom-made' devices.

The new definition of 'adaptable' applies to mass-produced devices that are adapted in accordance with the manufacturer's validated instructions at the point of care, to suit the patient's anatomy. An example given is that of a mandibular advancement orthosis for the treatment of sleep apnea, which is adjusted by the patient to their dentition in accordance with the manufacturer's instructions. As is currently the case, these devices do not qualify for regulatory exemption as 'custom-made' devices.

The updated definitions, together with the more detailed examples, provide better clarity on the differentiation between the subcategories. It is also beneficial for the Australian regulatory regime to be harmonised with those of other jurisdictions that are members of the IMDRF (including the US, Europe, China and Japan) right from the beginning. This could open up new overseas markets for Australian personalised medical devices companies that meet the regulatory requirements in Australia, and conversely ease the regulatory burden on companies that meet the regulatory requirements in other jurisdictions and are looking to enter the Australian market

In the first consultation paper, the TGA introduced the definition of a 'medical device production system' (MDPS), being a collection of products, including specified raw materials, that is intended to be used by a healthcare practitioner to produce a finished medical device. Where the MDPS is used to produce medical devices of risk classification Class IIa and lower, by healthcare practitioners or hospital laboratories to treat their own patients, only the manufacturer, and not the practitioner or hospital laboratory, would be considered a 'manufacturer' for regulatory purposes, and would be required to hold conformity assessment certification. The MDPS itself would be considered to be a medical device and need to be included in the ARTG.

The stakeholder feedback on this proposal was that further clarification of what would be considered a MDPS was required. The exemptions for practitioners and hospitals were also not fully supported.

In this second consultation paper, it was clarified that a MDPS would be classified and assessed according to the device it is intended to produce (which must be limited to low-risk devices that are Class IIa and below). Production equipment and consumable raw materials, which form part of the MDPS, would not be considered medical devices, unless they also fit the definition of medical devices on their own. The focus is on validating the MDPS as a production process, to ensure the consistent production of the intended medical device.

While this paper contains further information, we consider it would be more helpful to have some detailed, practical examples of what would or would not be considered to be, or form part of, a MDPS. Further consideration should also be given to how classification / assessment would work if one MDPS (eg a 3D printer) can be used to produce various devices, and serve various medical and non-medical purposes.

The proposal in the first consultation paper to extend the Class IIa classification beyond medical devices that record x-rays images to medical devices that record other diagnostic images, such as software and anatomical models, was generally supported. This means that manufacturers would have to include these devices in the Australian Register of Therapeutic Goods and hold conformity assessment evidence for them.

The second consultation paper further clarified that the expanded class of medical devices would also include 3D representations of patient images, but that models intended purely for training or education purposes would be exempt.

The TGA is also currently conducting a consultation on software as a medical device (SaMD). We will continue to update you on developments. 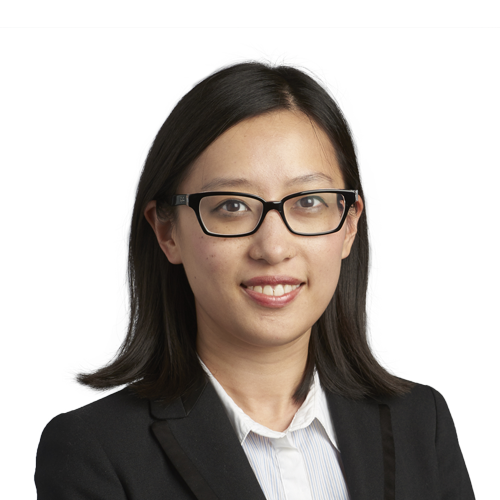