Lag and loss: managing the impacts of delay in project delivery

Prevention is better than cure – new guidance on the 'prevention principle'

Parties remain free to allocate the risk for 'acts of prevention' in their contracts without the influence of questions of public or legal policy.

This will be particularly welcomed by principals wishing to rely on clauses allocating to contractors the risk of concurrent delay arising from overlapping contractor-caused and principal-caused delays.

In North Midland Building v Cyden Homes Ltd 1, the parties entered, in 2009, into a Joint Contracts Tribunal design and build contract for a large residence.

The heart of the case involved the allocation of risk for concurrency of delays. The contractor bore the risk of concurrent delay where excusable and non-excusable events overlapped:

Any delay caused by a Relevant Event which is concurrent with another delay for which the Contractor is responsible shall not be taken into account.

This approach is consistent with many major construction contracts in Australia.

The history of the prevention principle

A long-recognised principle of English and Australian law is that a party cannot profit from its own breach. As set out in the decision of Master of the Rolls Lord Esher in Dodd v Churton 2:

Where one party to a contract is prevented from performing it by the act of the other, he is not liable in law for that default.

His Lordship went on to provide an example that if a building owner had directed a variation that delayed the work, it cannot claim liquidated damages for failure by the builder to complete by the date for completion.

The doctrine of prevention continues to be reflected today. Even contracts involving the most aggressive risk transfer to contractors will inevitably provide for acts of prevention (as an absolute minimum) as an event entitling the contractor to an extension of time.

What this case confirmed

The question here was essentially whether the parties were free as a matter of contract to exclude the operation of the prevention principle. This was not being done in a primary way, by not providing for a ground of extension of time in the first instance; but in a secondary way, by providing that even where an entitlement to an extension of time might exist, it could be lost through the operation of the concurrency mechanism.

The English Court of Appeal found that the clause extracted above was unambiguous in its allocation of the risk of concurrent delay to the contractor. Interestingly, it went on to find that the only proper basis for the prevention principle to operate in the confines of a contract was via an implied term, and not through some overriding rule of public or legal policy. There was simply no room for an implied term to operate in this case, where there had been a very clear allocation of the risk in the express terms of the contract.

Importantly, the court went on to find that the parties can contract out of some or all of the effects of the prevention principle, and that it was not the court's place to interfere with that.

While the terms of each contract will be key, for relief to be available a force majeure event must typically be the sole cause of the failure to perform an obligation. If the parties intend otherwise, clear drafting to this effect needs to be incorporated into the contract.

In Seadrill Ghana Operations Limited v Tullow Ghana Limited 3, Tullow hired a semi-submersible rig from Seadrill at the daily rate of US$600,000, under a long-term contract for drilling across two fields that Tullow operated offshore of Ghana. During a 'maritime border' arbitration between Ghana and Cote d'Ivoire, interim provisional measures were ordered, preventing new drilling in one of Tullow's two fields. Separately, a problem with a turret on an unrelated offshore production and storage vessel resulted in Ghana being unwilling to approve a plan for drilling in Tullow's second field. Tullow claimed force majeure, following the establishment of an internal confidential project in which it considered how it might extract itself from the drilling rig contract. Tullow named the confidential project 'Project Voldemort', which, as in the Harry Potter novel, met with an unfortunate end.

Consistent with the earlier approaches by the UK Court of Appeal 4, it was held that a force majeure event must be the sole cause of the failure to perform an obligation. It is ultimately a question of construction of the contract before the court. In this case, the court held that the drilling moratorium in the first field was a force majeure event under the rig contract. However, the Government's failure to approve a drilling plan in the proposed second field was not. In circumstances where the causation requirement was straightforward, the court had no difficulty in confirming that where there were multiple causes of prevention, the force majeure clause was not triggered.

The court went on to provide some helpful analysis of the obligation of reasonable endeavours.

It confirmed that 'reasonable endeavours' is a phrase that enables account to be taken of all matters that bear upon the question whether it is reasonable to expect a party to take certain steps to avoid or circumvent a force majeure event. Accordingly, there is no reason to exclude the absence of a business case or a party's commercial interests. However, the extent to which those may be taken into account and whether they are determinative will depend upon the contractual context in which the phrase is used.

The proper operation of liquidated damages in a termination scenario

To preserve their right to claim liquidated damages in these circumstances, principals should ensure that the contract specifically provides for this.

The history of these types of clauses

Where a contractor fails to complete and a second contractor steps in, three different approaches to clauses providing liquidated damages for delay have emerged :

Category 2 is treated as the orthodox analysis, and is consistent with the Australian Standard contract forms that deal with the possibility of termination and take out.

The English Court of Appeal was required to construe such a clause in Triple Point Technology Inc v PTT Public Company Ltd. 10 Ultimately, the court reiterated that much will turn on the wording of the clause itself. In this case, the clause provided for liquidated damages per day of delay, from the due date for delivery up to the date that the owner accepted such work, without dealing with any other possible consequences (such as the contractor never handing over the completed work). In circumstances where the operation of the clause was premised on eventual acceptance of the work, the court was satisfied that the clause was not intended to apply where termination occurred. However, this did not mean that there was no possibility for relief, as the owner was still entitled to damages for non-completion assessed on ordinary principles at common law.

Separately, the court also confirmed that a liquidated damages clause operates in substitution for a general assessment of the plaintiff's loss caused by delay, and does not enable a wronged party to recover compensation for the same loss twice.

Allens is working on a number of delay and disruption cases, and can assist clients to deal with these issues in their contracts. 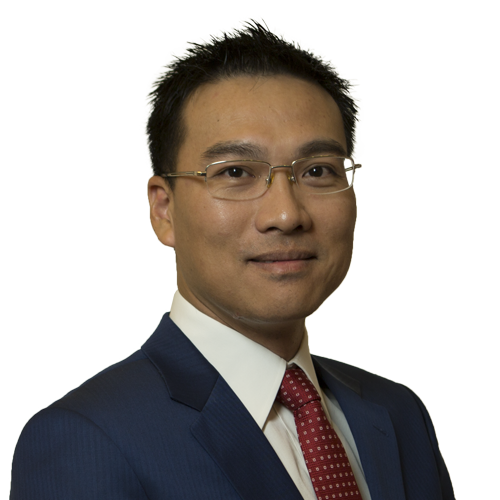