From milk to meat and from chicken to tuna, the global animal-based food industry has been asking 'what's in a name?' in the context of the policy debate over the regulation of vegan alternatives to animal-based food products. In this article, Lawyer Oliver Lloyd and Associate Nick Li look at a recent case study involving 'vegan tuna', regulatory movements in overseas jurisdictions and the recent calls in Australia for further regulation to protect the meat industry against its plant-based alternative imitators.

What's in a name?

The meat industry claims that certain plant-based products using animal-related language and imagery are likely to mislead consumers into believing they are purchasing real meat products. More broadly, the meat industry is trying to assert an effective monopoly over use of the word and reputation in 'meat'. In this way, meat industry lobbyists might argue 'a rose by any other name would smell as sweet', but that it would be wrong for imitations to borrow the name of the rose and its associated sweetness!

Similar reasoning has underpinned the success of the dairy industry in the EU and Canada, where plant-based drinks (such as the soy milk and almond milk that we sometimes ask for in our lattes) are prohibited from being referred to as 'milk' – the term being reserved for products of mammary secretions only. In those jurisdictions, people drink 'soy beverage' or 'soy drink'!

Misleading consumers as to the provenance of their product would appear to be against the very interests of plant-based foods. The counterargument is that a plant-based foods manufacturer might attempt to attract the broader non-vegan market by blending itself in with the existing meat products. Indeed, a recent survey has suggested 86% of the consumers of plant-based chicken and beef products are not vegan or vegetarian.

This (r)evolution in consumer tastes has underpinned the increasing investment in plant-based and vegan alternative food manufacturing, and in lab-grown 'cultured' or 'clean' meat. These new-wave food manufacturers benefit from the reputational glow of producing an eco-friendly and sustainable product, while mimicking the taste and texture of real meat with extraordinary verisimilitude. The animal-meat industry, understandably, is not keen to share its reputation (and vernacular) in meat. The meat industry doesn't want to allow the plant-based imitators to have their 'meat' and eat it too!

In a previous edition of the Food Law Bulletin in December 2017, we explored some of the regulatory issues with Sunfed Meats' 'Chicken Free Chicken', which had raised the ire of the Poultry Industry Association of New Zealand. The battleground has recently shifted to vegan tuna. Produced by North Carolina-based Atlantic Natural Foods under the Loma Linda brand, 'Tuno' reached Australian shores and shelves last year without so much as scaring a live fish.

Tuno claims to taste like regular canned tuna, but is actually made with water, soy flour, yeast extract, maltodextrin and salt (among other ingredients). More than the similarity in taste, however, what has attracted criticism from the seafood industry is Tuno's similarity in packaging and get-up. Most conspicuous is the fact that 'Tuno' is only one letter removed from 'tuna'. The seafood industry argues that the combined effect is a product apt to mislead consumers into thinking they are purchasing actual tuna.

As can be seen from the image above, the can does proclaim (in reasonably sized font) that it is a 'sustainable plant-based protein since 1890'. Admittedly, however, it is not far-fetched or fanciful to think that an undiscerning consumer could select the product believing it to be regular tuna.

Putting the Australia New Zealand Food Standards Code to one side (more on this later), the Australian Consumer Law prohibits the making of misleading or deceptive and false representations. As 'Tuno' does not actually claim it is 'tuna' or 'fish', there is no 'false representation' made by the manufacturer on the packaging. However, there is a live question as to whether the representations (the words and images on the packaging) would be likely to mislead or deceive the reasonable consumer that Tuno is a tuna fish product. In our view, despite the similarity of 'Tuno' to 'tuna', and the likeness to tinned tuna in several aspects of the product get-up, the product is unlikely to mislead or deceive the reasonable consumer as the express statement that the product is plant-based would correct any misunderstanding.

The French lead the (counter-)revolution

The animal-based food industry's concerns have prompted calls for reform in other parts of the world.

In 2018, France was at the vanguard of these reforms, banning the use of meat and dairy-related terms on plant-based alternatives.

The US states of Missouri, Mississippi and Arkansas have also passed laws requiring that meat products come from harvested livestock or poultry. Those latter two state laws have recently been subject to constitutional challenges on the basis of First Amendment free speech rights. In addition, the federal 'Dairy Pride Bill' – restricting use of the term 'milk' – has been re-introduced to Congress this year after failing to pass in 2017.

[it has been] argued that where certain terms such as 'veggie burger' have entered the mainstream, further regulation would create confusion rather than alleviate it.

The European Parliament's Committee on Agriculture and Rural Development has also proposed legislation restricting the use of the terms 'sausage', 'burger' and 'steak' to products containing meat. Brussels would have consumers purchasing 'veggie discs' and 'veggie tubes' instead of veggie burgers or sausages. This comes after EU Regulations in 2013, and the European Court of Justice ruling in 2017, that soya milk could not be described as 'milk'. The European proposal has come under criticism in the UK from the House of Lords Select Committee, where it was argued that where certain terms such as 'veggie burger' have entered the mainstream, further regulation would create confusion rather than alleviate it.

Following the international trend, calls for government regulation have become more prominent in Australia in the past year. The current Minister for Agriculture, Bridget McKenzie, last year called for Food Standards Australia New Zealand (FSANZ) to crack down on meat and milk labelling.

As discussed in our previous Food Law Bulletin on this topic, the definition of 'milk' in Food Standard 2.5.1 of the Code is essentially 'the mammary secretion of milking animals'.

Further, food sold as 'milk' must be milk, as defined. This could be interpreted as grounds for restricting terms such as 'soy milk'. However, plant-based milk products are not prevented from using the term 'milk' by the Code because of Food Standard 1.1.1–13(4), which provides:

If a food name is used in connection with the sale of a food (for example in the labelling), the sale is taken to be a sale of the food as the named food unless the context makes it clear that this is not the intention.

Accordingly, even if a food name is used in connection with the sale of a food (eg in labelling), it will not be required to comply with requirements under the Code for that food where the context makes it clear that it is not the intention that the food be sold as the named food.

As it stands, Food Standard 2.2.1 defines 'meat' as 'the whole or part of the carcass' of certain animals 'if slaughtered other than in a wild state'. Note that 'fish' is regulated under Food Standard 2.2.3 and is similarly defined in relation to the animal.

However, unlike with 'milk', there is no specific requirement that food sold as 'meat' or 'fish' be actual meat or fish under the respective definitions.

Technically, therefore, if plant-based meat products are to be restricted from using the term 'meat' under the Code, a requirement for food sold as meat to be 'meat' as defined would need to be introduced into the Code, and the general exception by which products such as soy milk and ginger beer are currently permitted would need to be amended to be inapplicable for plant-based meats (or repealed entirely, thus closing the loophole).

Is there a backlash brewing at home?

Although we do not think the Tuno example is a contravention of the current laws in Australia, we can expect more of this debate in the near future as the increasing shift of the food industry towards plant-based and lab-grown meat products threatens the market share of the traditional meat industry.

The branding of these emerging alternative-meat businesses is sure to be of significant value in the future – eg 'clean' or 'slaughter-free meat' are more attractive descriptors than 'lab-grown cultured meat' or 'vegan meat substitute', but are also more likely to attract controversy from the traditional meat industry.

The conundrum for the meat industry is that it cannot seem to stop manufacturers of plant-based alternatives from using meat-related words by the usual means.

The terms in question are so generic and broad that it is highly unlikely anyone will be able to establish they have the goodwill sufficient to sustain an action for passing off. Of course, no trader has a monopoly over the word 'meat' – it is simply too descriptive. Similarly, an argument that the plant-based meat growers are misleading or deceiving consumers is counterintuitive and flimsy at best, especially given such products rely heavily on the vegetarian element to promote their brand.

As is the case in US and Europe, it appears only a regulatory change can rescue the animal-based food industry from its present predicament. Amending the Code to close existing loopholes and impose new restrictions on how certain foods can be described could have the effect of granting the meat industry an effective monopoly on meaty words. Despite recent lobbying, there is little sign so far of any appetite for change on the part of FSANZ. 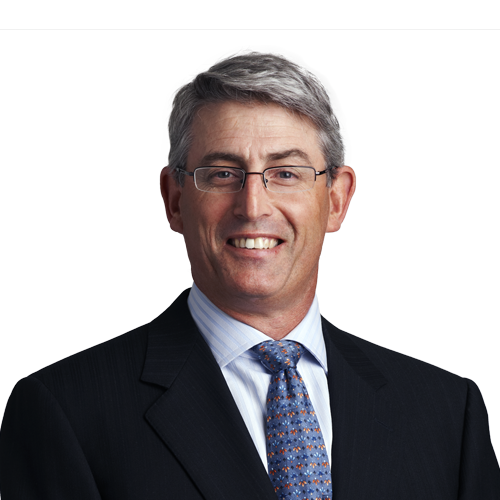