The big picture: Australia's commitments under the Paris Agreement

The stage is set – emissions reduction targets at an international level

In December 2015, the parties to the United Nations Framework Convention on Climate Change adopted the Paris Agreement: a landmark agreement to combat climate change and take steps to shift their economies towards a sustainable, low carbon future.

The purpose of the Paris Agreement is to hold the increase in global average temperature to ‘well below 2°C above pre-industrial levels’. The Paris Agreement also sets an aspirational target of a 1.5°C limit. The parties also aim to reach carbon neutrality (ie achieve a balance between anthropogenic emissions by sources and removals by sinks of greenhouse gases) by 2050.

The Paris Agreement is grounded in the idea of common but differentiated responsibility. It requires parties to communicate nationally determined contributions (NDCs), which are publicised intended reductions in greenhouse gas emissions, specific to each participating nation. These NDCs will be reviewed at five-year intervals, enabling parties to demonstrate a progression and increased ambition over time. The Paris Agreement has no mechanism for enforcing compliance against parties – rather it relies on transparency to incentivise ongoing participation in the framework it creates.

Australia’s Intended NDC, which the Federal Government published in August 2015 in advance of the Paris Agreement being adopted, committed Australia to implementing an 'economy-wide target to reduce greenhouse gas emissions by 26 to 28 per cent below 2005 levels by 2030’. Australia has, however, qualified its targets by reserving the right to adjust its target 'should the rules and other underpinning arrangements of the agreement differ in a way that materially impacts the definition of our target’'. Australia has not made a commitment in relation to carbon neutrality for the second half of this century.

The Federal Government outlined its approach to action on climate change in the Climate Solutions Package, published on 25 February 2019. This is a continuation of its direct action policies and promises direct investment in low-cost emissions abatement technology and clean energy through a climate fund. Federal Energy and Emissions Reduction Minister Angus Taylor has also flagged the development of a technology roadmap which will guide government investment in clean technology solutions. The focus of the investment will shift away from wind and solar, which Angus Taylor now considers to be “commercially viable”, to storage and grid integration technologies.

In addition to these policies, the Federal Government is seeking to rely on carry over units from the Kyoto Protocol (the targets for which Australia had managed to exceed). This practice was the subject of extensive negotiation at the Conference of the Parties to the UNFCCC in Madrid in December 2019 (COP25). Several groups of countries opposed the practice which Australia was proposing to adopt, although the issue was not resolved at COP25.

State governments, by contrast, have made more aspirational commitments, with all states and territories adopting a target of net zero emissions by 2050. Similarly, the Federal Labor opposition has adopted a 2050 goal of net zero emissions, a position supported by the Business Council of Australia and the Australian Industry Group. Third party research institutes, including Climate Action Tracker, have rated Australia’s (as well as many other nations’) commitments as being incompatible with a 1.5°C or 2°C limit.

As with all areas of policy, the current Federal Government’s approach is subject to change. We also note it is not comprehensive as there is no clarity on the country’s commitments post-2030. However, Australia’s climate policy landscape presents considerable risk due to:

The Federal Government’s current Direct Action Plan for managing climate change involves establishing funds or grants to support projects and emerging technologies which contribute to reducing carbon emissions. These present opportunities to businesses that can avail themselves of funding or other incentives.

A further opportunity exists for agile businesses – the law in this area is changing rapidly and nimble businesses which can change the way they work quickly and efficiently to navigate the changing environment will be better placed. For example, organisations will be able to benefit from incentive schemes if they are able to spot opportunities early and adapt. Similarly, businesses which prepare early for likely regulatory reform may be placed at a competitive advantage over peer organisations if incoming regulation restricts their business in material respects. 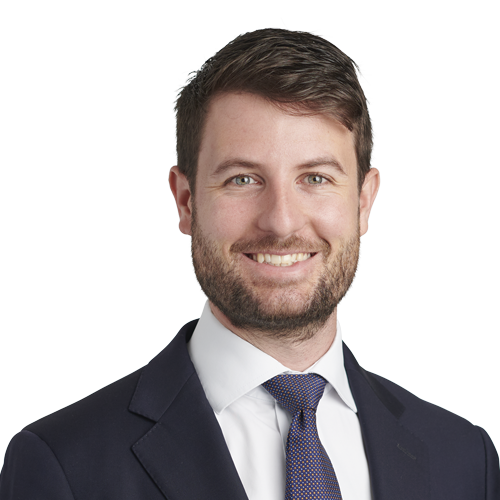