The Queensland Government has announced major reforms to its petroleum royalties regime.

Producers should also review any existing private arrangements that may have relied on the existing wellhead value approach to ensure any unanticipated consequences are resolved prior commencement of the new regime.

Background to the change

A review of the Queensland petroleum royalty regime was initiated in 2019 in response to:

The Petroleum Royalty Review Working Group (the Group) was formed to conduct the review and recommended alternative royalty calculation models in reports tabled in December 2019 and February 2020. From the potential methods proposed by the Group, the Queensland Government nominated the 'Volume Model' as its preferred royalty calculation method (the Volume Model), which it has recently announced will apply from 1 October 2020.

The Office of State Revenue (OSR) has released a Consultation Paper discussing the Volume Model and has requested industry comments on issues regarding adoption and implementation of the new royalty regime.

How the new royalty regime will operate

The regime will provide for tiered royalty rates ($/GJ or $/barrel of oil) to be applied to the volume of petroleum produced during the royalty return period (quarterly for any operation that has at least one petroleum lease, and otherwise annually). While part of the rationale for the change is that the volume produced will be objective and easier to identify, the intention is for the OSR to publish guidelines for measuring the volume of petroleum.

The royalty rates have not yet been set, although the government has announced that once set (by regulation) they will be maintained unchanged for five years to provide industry with some certainty.

The 'sliding scale' or 'tiered' nature of royalty rates will result in the royalty rate applied to the volume of production varying with the reference price for the return period, with a higher rate of royalties for higher prices and a lower rate for lower prices.

Where there is an arm's length sale price available for the gas sold, that actual pricing will be the reference price utilised for these royalty calculations. This may require some tracing for some producers to the arm's length sales price to the end customer (ie where there are prior transfers between related parties). In limited circumstances determined by the Commissioner, such as when it is not possible to trace the arm's length price, a 'benchmark price' (to be prescribed in regulations) will instead be used to determine the applicable royalty rate for the period.

There will be special transitional arrangements provided to deal with the annual reconciliation process for the quarterly returns submitted on the existing wellhead value basis for the period to 30 September 2020.

At the request of industry participants, the Queensland Government has also signalled legislative amendments which will permit non-tenure holders (which are involved in petroleum production) to elect to lodge returns and pay royalties in respect of petroleum tenures. This avoids the need for the non-tenure holder to provide commercially sensitive information about their own sales to the tenure holder(s).

Following such an election, such a non-tenure holder will be taken to be a petroleum producer for the purposes of the Act and must lodge royalty returns and pay royalties in respect of its specified commercial share of petroleum produced.

The new royalty regime is (subject to the rates ultimately announced) accepted as being a step in the right direction for the petroleum industry in Queensland. However, some industry participants raised concerns during the consultation process that existing private royalty arrangements often referred to the arm's length value of petroleum and placed reliance on the wellhead value determined for government royalty purposes, which will no longer exist. However, the government has indicated that where such issues arise, it is a matter for the private contractual parties to resolve.

Accordingly, it would be prudent for industry participants to review any existing commercial arrangements that may have relied on aspects of the current regime continuing, to determine whether those arrangements should be amended prior to the commencement of the new regime to avoid unintended outcomes.

Submissions on the OSR's consultation paper regarding the implementation and administrative aspects of the Volume Model are due by 24 June 2020, with the amendments to the Petroleum and Gas (Production and Safety) Act 2004 (Qld) and Petroleum and Gas (Royalty) Regulations 2004 (Qld) to be made prior to the 1 October 2020 commencement.

Our experts would be pleased to assist with any submissions to the OSR about the Volume Model, assist with transitional returns or otherwise advise on how the new regime will impact your business.

We help our clients navigate the challenges and market uncertainty across a project's lifecycle and ensure clients are equipped to move forward. 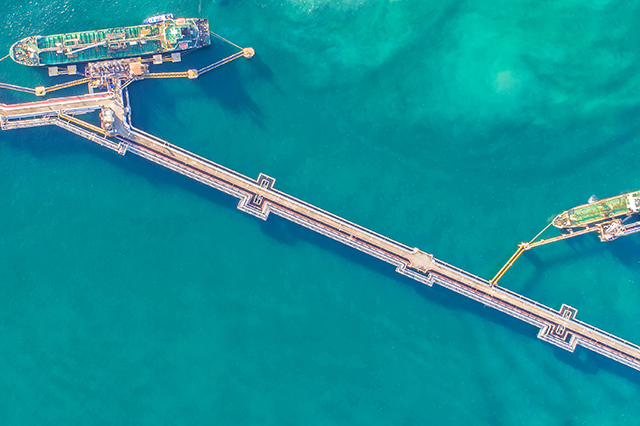