On Friday 25th September, the Government announced a simplification of Australia's consumer credit regulatory regime to improve the speed of Australia's post-COVID economic recovery. This initiative has been widely reported as a 'wind back' or 'axing' of the responsible lending obligations (RLOs) under the National Consumer Credit Protection Act 2009 (Cth) (Credit Act).

This simplification proposal1 to improve the flow of credit is summarised into the following core parts:

The fact sheet supporting the announcement (Fact Sheet) also discusses excluding credit from the new regime if any portion of the credit is being used for a non-consumer purpose.2 This replaces the current 'predominate use' test, which often leads to erring on the side of caution and treating the credit as regulated to be safe.

The Fact Sheet indicates that the proposed simplification is partly driven by the 'prescriptive approach in RLOs guidance' which leaves borrowers and lenders 'facing a one-size-fits-all approach'. The Fact Sheet notes that lenders face 'prescriptive obligations, with close to 100 pages of guidance advising how they should meet these responsible lending obligations'. This comment squarely takes aim at ASIC's Regulatory Guide 209, which we note now extends to 96 pages (almost three times longer than the first version released in 2010). The Fact Sheet also states that RLO is no longer fit for purpose and is a risk to slowing Australia's economic recovery.

The Government's proposal is headline-grabbing, but the Fact Sheet is not particularly surprising. In his Final Report, Commissioner Hayne acknowledged that the task of simplifying the financial services laws was likely necessary, and that opportunities for simplification should be seized if they arise in the course of implementing his recommendations. While the Government has made some progress implementing Commissioner Hayne's recommendations, the extent of progress has understandably stalled due to COVID-19. Despite this, we expect the need for simplification was, and is, apparent in the Government's implementation activities to date. The current patchwork of laws, regulation and voluntary commitments applying to consumer credit overlap in many places, increasing the cost and complexity for lenders, and arguably without obvious additional benefit or protections for borrowers. This overlap is clearly what the Government is seeking to address in the present proposal.

Who will be impacted by the proposal?

Under the Government's proposal, the new regime will presumably change the current 'reasonable inquiries' test and reduce the need to verify the borrower's financial situation to the same extent as currently required before forming a view that credit is 'not unsuitable' in the course of providing credit assistance or approving credit.

The removal of the RLOs will impact all Australian Credit Licence holders (credit licensees) and exempt credit industry participants who provide credit or credit assistance in relation to consumer credit products that are regulated by the Credit Act. Credit is regulated, in summary, where:

Under the Government's proposal, the new regime will presumably change the current 'reasonable inquiries' test and reduce the need to verify the borrower's financial situation to the same extent as currently required before forming a view that credit is 'not unsuitable' in the course of providing credit assistance or approving credit.

What will take the place of the RLOs?

The limited information in the Fact Sheet indicates that:

The imposition of additional tests or standards will become clearer over the coming months as consultation papers and draft regulations are released.

APRA's lending standards are spread across a number of prudential standards and guidance, most notably CPS 220 (Risk Management) and APG 223 (Residential Mortgage Lending). There are many parallels between the RLOs and APG 223, a fact that is obviously not lost on the Government, given APG 223 contains detailed guidance on serviceability, including that:

Additionally, the Banking Code of Practice (BCOP) requires all signatory banks to exercise the care and skill of a diligent and prudent banker when considering whether to provide a borrower with a new loan, or increase the limit on an existing loan. The Fact Sheet alludes to some tightening of the BCOP.

What about the non-banks?

We find the Government's proposal to extend 'key elements' of ADI lending standards to non-bank lenders particularly interesting, and to raise more questions than answers (given the scant level of detail in the announcement). For example:

Will this negatively impact borrowers?

Like all major regulatory reform, the devil will be in the detail. The Government's announcement suggested that the role of the consumer will change significantly to 'buyer beware' when applying for credit. This has caused a strong negative response from consumer-advocacy groups.

Regardless,  looking at the existing patchwork of regulation for consumer credit, even without the RLOs, a significant framework of consumer protections will remain:

Conclusion - how much will actually change?

Even without the RLOs, it is clear that lenders remain subject to a broad range of obligations that are orientated around the customer. The removal of the RLOs will not, and cannot, result in the credit 'free for all' that some are predicting – regardless of the RLOs, lenders will still need to apply systems and processes to ensure they are:

It is difficult to see how a lender could satisfy any one of the above obligations without making a reasonable level of inquiry into a borrower's needs and financial situation, and taking some steps to verify this information. We therefore wonder to what extent:

We also wonder whether this is a short-term economic recovery measure, or whether the new regime is here to stay.

The Government has indicated that the simplification proposal will be effected through changes to the Credit Act to 'reduce the time and cost of credit assessments for consumers and businesses, reduce red tape for consumers seeking a credit product, improve competition by making it easier for consumers to switch lenders, and enhance access to credit for small business'.

It is unclear when an exposure draft bill will be released for consultation, although we expect it will be soon given the Government proposes for these changes to take effect from 1 March 2021.

We examine the issues arising for retail banking and responsible lending, and look at the regulatory / industry body response, as well as the wider market. This analysis is intended to assist you in rationalising the 'grey areas', support you to benchmark your COVID-19 response, and inform your meetings with regulators and businesses. 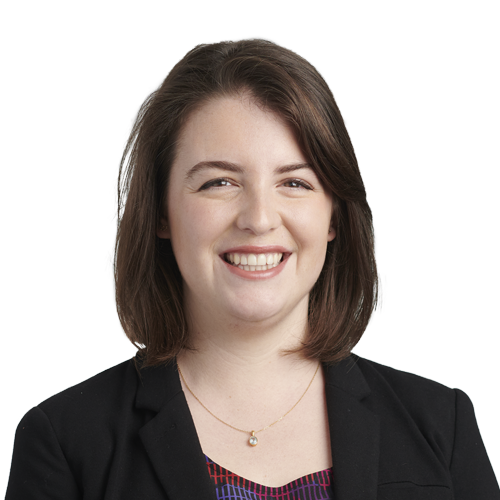