The Full Court of the Federal Court has held that foreign sovereign immunity did not apply to prevent parties from seeking recognition of an arbitral award against Spain.1 Central to the court's reasoning was the fact that, by being a party to the International Centre for the Settlement of Investment Disputes (ICSID) Convention 1966 (ICSID Convention), Spain was found to have submitted to the jurisdiction of Australian courts.

Spain was appealing a decision at first instance in which the court also held that Spain was not entitled to immunity. Spain's appeal was upheld, however, because, despite the findings at first instance, the orders made were held to go further than recognition of the award.

The Full Court did not address (the issue to be the subject of a separate determination) what form of orders ought be made to reflect recognition of the award as a judgment of the Federal Court. Furthermore, the practical effect of the decision on execution of an award against a foreign state, and whether the decision leads to further proceedings between the parties (such as may occur if Spain does not satisfy the judgment and the claimants seek to execute against Spanish state assets in Australia) was not decided, but the reasoning suggests it is likely that immunity could operate to prevent execution.

The decision ultimately highlights the complex nature of what is often otherwise considered a relatively straightforward process when dealing with ordinary commercial parties. We examine its elements and implications below.

What happened in Eiser?

Following a 2001 European Union directive encouraging the development of renewable energy, in 2007 Spain enacted a regulatory regime that sought to incentivise renewable energy in Spain. Eiser Infrastructure Ltd and Energia Solar Luxembourg S.à.r.l (Energia) invested in projects based on the 2007 regime.

In 2013 the Spanish law changed, significantly reducing Spain's incentive scheme. Eiser and Energia commenced arbitration at the International Centre for Settlement of Investment Disputes (ICSID) against Spain claiming breaches of the Energy Charter Treaty (ECT) as a result of these changes.

The arbitral tribunal awarded Eiser and Energia EUR 128 million, plus interest, finding that Spain had breached its fair and equitable treatment obligations under the ECT as a result of the change in law.2 A similar claim was also brought by Infrastructure Services Luxembourg S.à.r.l. (Infrastructure Services) and Energia Termosolar B.V. (Energia Termosolar), who were awarded EUR 101 million plus interest.

Eiser, Energia, Infrastructure Services and Energia Termosolar sought to enforce the awards against Spain's assets located in Australia. In its defence, Spain claimed that under section 9 of the Foreign States Immunities Act 1985 (Cth) (the Immunities Act), Spain did not submit to the court's jurisdiction for a monetary judgment against it.3

The Applicants argued that Spain had submitted to the jurisdiction by being a signatory to the ICSID Convention.

Article 54 of the ICSID provides:

However, Art 55 does recognise sovereign immunity, but that section is expressed as only applying to actions for execution, not for recognition of a foreign arbitral award.5 Article 55 states:

Nothing in Article 54 shall be construed as derogating from the law in force in any Contracting State relating to immunity of that State or of any foreign State from execution.

Spain submitted that it was able to claim immunity for recognition and enforcement under Art 54 (not just in respect of execution), because under the French and Spanish versions of the ICSD Convention, 'execution' is equated with 'enforcement' so there is no distinction.

The court held that the ECT was intended to create rights for investors against a state, and such a right would be pursued under the ICSID Convention, and therefore Spain had submitted to arbitration.8 On submission to jurisdiction, the court held that by entering into the ICSID Convention, Spain 'expressly submitted to the jurisdiction of the courts of other Contracting States in respect of the recognition and enforcement, but not execution, of any resulting award'.9 Spain's defence of immunity therefore did not apply.

The decision on appeal

On appeal, the principal issue remained the same: whether signing the ICSID Convention constituted a submission to the jurisdiction of the Australian Federal Court.10 Spain characterised the Eiser action as an enforcement action under Art 54(2) of the ICSID Convention. Spain also argued that 'execution' in Art 55 includes 'enforcement' of an award. As part of this argument, Spain argued it did not consent to Australian courts by virtue of Art 54(2).11 As a secondary argument, Spain argued that the proper construction of Art 55 could only be determined by the International Court of Justice.

The Full Court rejected these arguments for two reasons. First, the Full Court held that recognition is distinct from enforcement, as set out in Art 54(1) and 54(2) of the ICSID Convention, and Spain had agreed to Australia's jurisdiction for these purposes. Second, the Applicants in the lower court's proceeding sought recognition. Once that determination had been made, then Art 54(2) must be a submission to Australian jurisdiction as Art 55 could not apply to recognition.12

The Full Court explained that Art 54 contemplated distinct actions brought first to recognise an award, and second to enforce an award.

Recognition was for the purpose of having the award recognised in a domestic court as having legal effect under the domestic law – eg so that it affects res judicata or issue estoppel.13

Enforcement is the next step, such that a party seeks a domestic court's assistance in ensuring compliance with the award (now a judgment).14 Each step can be brought separate from the other, although practically speaking, an enforcement action will implicitly include recognition, and in any event 'execution' in Art 55 specifically excludes 'recognition'.15

The Full Court found that, were recognition to be included in the immunity derogation in Art 55, no party could ever recognise an award against a state, rendering that interpretation 'perverse'.

The court ultimately concluded that the reasoning at first instance found for recognition, but that the orders made did not reflect that. Further argument should be heard on the form that recognition should take.17 Spain's appeal was therefore allowed.

The decision leaves some of the critical questions unanswered.

The Full Court was clear that foreign sovereign immunity is not a barrier to having an award recognised as a judgment. However, it is not clear whether this decision will have any practical effect on the ability for the successful claimants in the arbitration to then execute that judgment against Spain's assets in Australia. Assuming the claimants take further action, we will likely see further litigation after the award has been recognised at the time of execution. This may be in the form of Spain bringing a new action to enjoin interference with its assets on Australian soil.

The decision also highlights the complex nature of what is often otherwise considered a relatively straightforward process when dealing with ordinary commercial parties. Where no sovereign party is involved, recognition and enforcement of foreign arbitral awards is generally straightforward. Higher barriers are likely to be faced when seeking to enforce against a resistant sovereign. 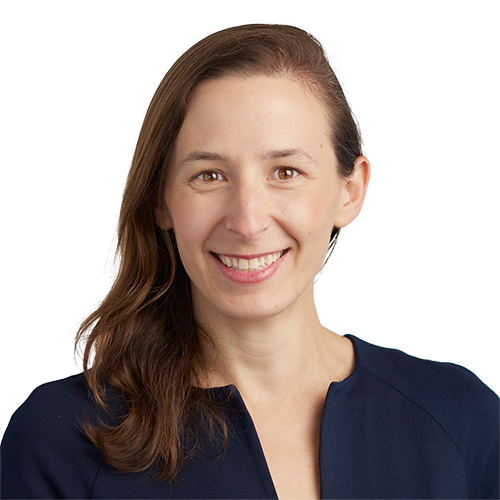