In the appeal decision Ono Pharmaceutical Co, Ltd v Commissioner of Patents [2021] FCA 643 (the Ono decision) the Federal Court of Australia has overturned the decision of the Australian Patent Office in Ono Pharmaceutical Co Ltd et al. [2020] APO 43 (the APO decision) and confirmed that an application for patent term extension (PTE) should be based on the patentee's own product, not that of a third party or competitor product.

This takes away the onerous burden of performing comprehensive searches and monitoring of product listings on the Australian Register of Therapeutic Goods (ARTG) to identify products that fall within the scope of the patent claims. The Ono decision is welcome news for pharmaceutical innovators.

The Commissioner of Patents has since appealed the Ono decision. In the meantime, however, the Australian Patent Office will be applying the findings in the Ono decision when assessing new PTE applications.

In order to be eligible for PTE. the following threshold requirements must be satisfied:

Under section 77, the length of PTE is equal to the period between the date of the patent and the first date on which a product containing a pharmaceutical substance covered by the claims was listed on the ARTG, reduced by five years (with the maximum term of the extension being five years).

The Examiner who initially assessed the PTE application found that since KEYTRUDA had an earlier ARTG start date, it should form the basis of the PTE application. The patentee disagreed and requested a hearing. At the hearing, the key thrust of the patentee's submissions was that the reference to the 'first regulatory approval date' in s 71(2) in the context of PTE eligibility should be construed as the regulatory approval date of its own product, OPDIVO. The Delegate was unpersuaded by the patentee's submissions and refused the patentee's request for PTE based on OPDIVO.

Rather than pursuing the PTE application based on KEYTRUDA, the patentee requested Judicial Review in the Federal Court under s 5(1) of the Administrative Decisions (Judicial Review) Act 1977 (Cth). In the Federal Court, Justice Beach found that the patentee's construction of the relevant provisions is the correct one and that the Delegate's decision should be set aside.

In reviewing the extrinsic materials, Justice Beach noted that such materials cannot drive the analysis of construction, but it can assist. His Honour referred to the Explanatory Memorandum, Intellectual Property Laws Amendment Bill 1997 (Cth) (the 1997 EM) and the second reading speech to the Bill that became the Intellectual Property Laws Amendment Act 1998 (Cth), which introduced the PTE scheme in the Act and explained that the purpose of the PTE provisions was to restore the time lost by patentees in gaining marketing approval, and to compensate the patentee for the additional time, expense and difficulty in developing and commercialising a new pharmaceutical substance. On this basis, Justice Beach accepted the patentee's submission that it would be 'manifestly absurd or unreasonable' if the Act were to be interpreted in such a way that a PTE application could be based on a product owned by an unrelated third party rather than a product developed by the patentee. Justice Beach agreed with the patentee's reasoning that this was only logical, given that the regime is beneficial and remedial. Turning to his Honour's observations in this regard, Justice Beach said at [135]:

'The extension of term regime is beneficial and remedial. It is designed to compensate a patentee of a pharmaceutical substance for the loss in time before which it can exploit its invention. It is designed to remedy the mischief of a shortened period for an effective monopoly that has been caused by delays in obtaining regulatory approval. Accordingly, a liberal rather than a literal construction is to be preferred.'

In the APO decision, the Delegate had principally relied upon the decision of Justice Bennett in Pfizer Corporation v Commissioner of Patents (No 2) (2006) 69 IPR 525 (Pfizer (No 2)) where her Honour was required to determine the meaning of 'first inclusion in the ARTG' (s 70) and the 'earliest first regulatory approval date' (s 77). In Pfizer (No 2), the Commissioner directed amendments to the Register of Patents to shorten the terms of four Pfizer patents. In that case, the terms of the Pfizer patents had been extended on the basis of date that the pharmaceutical substances had received marketing approval. However, the products had previously been listed on the ARTG as export-only goods prior to receiving marketing approval. On appeal, Justice Bennett held that, in respect of s 70, the 'first inclusion' on the ARTG includes any relevant listing and is not limited only to listing in the ARTG upon receipt of marketing approval. The appeal was therefore dismissed. Despite the differences in the factual situations, the Delegate found that he could not ignore the words expressed in Pfizer (No 2) at [34] – that is:

'Section 77 refers to the ‘earliest first regulatory approval date’ (emphasis added). This recognises that the patent may cover more than one pharmaceutical substance and provides that the term of the extension is based on the earliest of the approval dates that apply to the patent.'

On that basis, the Delegate concluded it was not open to the Commissioner to calculate the term of the extension only on the basis of goods sponsored by the patentee, and maintained that the appropriate product on which to base the PTE application was Merck's KEYTRUDA product.

Justice Beach disagreed and stated that Pfizer (No 2) did not assist the Commissioner as the underlying factual scenario was different. Notably, his Honour found there is nothing in Justice Bennett's reasons suggesting she was doing anything other than talking about Pfizer's goods at all times.

In reaching his decision, Justice Beach summarised that the patentee's construction fit within the ordinary meaning of the statutory language and was in harmony with the legislative intent. Importantly, Justice Beach reaffirmed that it is not possible to pick and choose the pharmaceutical registration on which to base a PTE request, finding that PTE must be based on the first regulatory approval date of a patentee's own pharmaceutical product, which is covered by the claims.

His Honour went on to provide reasons as to why the Commissioner's position, if accepted, would be absurd or unreasonable, primarily because both the patentee and the Commissioner would be faced with an onerous burden of conducting comprehensive searches and monitoring regulatory approvals of each and every product listed on the ARTG, and even if such searches and monitoring processes were performed with care and skill, there was a risk that third party products will simply be missed.

Accordingly, Justice Beach accepted the patentee's more liberal construction of the statutory framework, rather than the Commissioner's approach which was, in his Honour's words, dictated by 'strict textualism'.

Healthcare providers that currently use 3D printing to make devices that now fall within these categories need to choose between obtaining certification as manufacturers of medical devices; outsourcing the manufacturing; or reducing their role in the manufacturing, by using an externally supplied 'medical device processing system'. 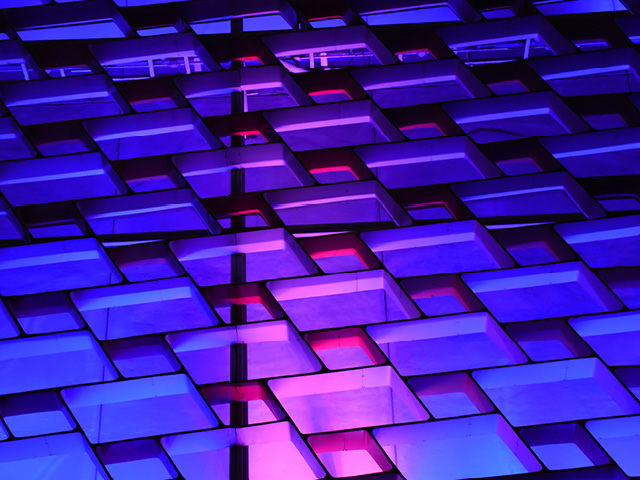