In the fight against patent infringement, challenging the validity of patent term extensions (PTEs) is increasingly becoming the weapon of choice for generic pharmaceutical companies. Most recently, the weapon was deployed in Biogen International GmbH v Pharmacor Pty Ltd [2021] FCA 1591, when Pharmacor successfully defended an application by Biogen for an interlocutory injunction. Since around the mid-2000s, patentees in pharmaceutical patent cases have typically been successful in bids for interlocutory injunctions, aiming to prevent the launch of generic products in Australia.

The recent Biogen decision by the Federal Court is the latest in a trend of refusing interlocutory injunctions, and a clear indication the tide is turning.

Biogen International GmBH (Biogen) holds an Australian patent titled 'Utilisation of dialkyl fumarates' (the Patent). Broadly, the Patent is directed to pharmaceutical preparations consisting of dimethyl fumarate (DMF) for use in transplantation medicine or the therapy of autoimmune diseases.

In Australia, a pharmaceutical patent may circumstantially be eligible for a PTE of up to five years. In 2014, Biogen successfully applied for a PTE, extending the Patent’s expiry date from 29 October 2019 to 29 October 2024.

Biogen sells DMF formulations in Australia for the treatment of multiple sclerosis under the brand name Tecfidera, a prescription-only medicine listed on the Pharmaceutical Benefits Scheme (PBS). In addition to Tecfidera, Biogen applied to list a second fumarate product, Vumerity, on the Australian Register of Therapeutic Goods (ARTG), with plans to launch it as a similar treatment for relapsing multiple sclerosis.

When assessing whether to grant injunctive relief, the Court considers whether:

Although Biogen established a clear prima facie case that the Pharmacor Products fell within each of the asserted claims, this did not lead to the conclusion that it had established a prima facie case of infringement. Importantly, the Court determined at a provisional level that there was 'a sufficiently strong prospect that the extension of the Patent may have been wrongly granted', and this was sufficient to qualify Biogen's prima facie case of infringement. The Court said this conclusion alone was likely to be enough to justify the refusal of injunctive relief.

In the request for PTE, Biogen stated that the relevant pharmaceutical substance – enteric-coated micro-tablets of dimethyl fumarate (Tecfidera) – fell within the scope of at least claims 13 to 17 of the Patent. Claim 13 is for 'A pharmaceutical preparation in the form of micro-tablets or micro-pellets consisting of one or more dialkyl fumarates… for use in transplantation medicine or for the therapy of autoimmune diseases…'.

The Australian Patent Office has generally considered claims in the form 'substance X for use in the treatment of disease Y' (referred to as 'EPC 2000' claims) are not purpose-limited. Rather, terms like 'for', 'for use in', 'used to', and 'used for' are considered to limit what is claimed, but only to the extent it is 'suitable for' the specified purpose (rather than confined to that specified purpose). Accordingly, such claims are considered equivalent to a claim to the substance per se (ie, a product claim). When a second medical use is being claimed in this form, the claim will be rejected on novelty or inventive step grounds as the substance is already known. In contrast, in Europe, EPC 2000 claims are purpose-limited product claims and can be used to protect new therapeutic uses of known substances.

Pharmacor challenged the validity of Biogen's PTE, arguing claim 13 is essentially an EPC 2000 claim and, properly construed, 'a purpose limited product claim in that it claims an actual achievement of a therapeutic act being a functional technical feature of the claim'. Pharmacor contended the limiting effect of the words 'for use' in the claims was an attempt to confer novelty and inventiveness over DMFs. The claims were not product claims for a pharmaceutical substance.

On the other hand, Biogen argued claims to products 'for use' in certain therapeutic contexts are conventionally construed as product per se claims, referring to various examples for mechanical product claims.

The Court observed that each of the remaining 209 claims (putting aside two omnibus claims) made express reference to the substance for use in transplantation medicine or for the therapy of autoimmune disease. Descriptions of the invention and its objects were tied to the use of DMFs in transplantation medicine or the therapy of autoimmune diseases.

Typically, pharmaceutical patentees argue the balance of convenience is in their favour when a generic company threatens to seek PBS listing. The mandatory price cut triggered by the listing of a second brand on the PBS is considered to be irreversible and not able to be remedied by undertakings (eg keeping accounts of sales). Traditionally, this is why courts have usually accepted the balance of convenience weighs in the patentee's favour. However, the Biogen decision demonstrates once again this is no longer the case.

To secure an interlocutory injunction in Australia, the patentee must be prepared to give an undertaking as to damages. If it turns out interlocutory relief was wrongly granted, the generic company (and third parties, such as the Commonwealth, which manages the PBS), can claim compensation under this undertaking. Several such claims have made their way through the courts in recent years. The process is a complex and drawn-out one, and several Federal Court judges have expressed that calculating compensation for an overturned interlocutory injunction is a far greater burden than assessing infringement damages.

In Biogen, both parties argued they would suffer significant irreparable harm, which is not easily quantified, and both provided extensive expert evidence. The Court considered the calculation of loss to Biogen if the injunction was not granted and the loss to Pharmacor if it was wrongly injuncted to be of comparable complexity. The balance of convenience factors were 'quite evenly balanced'.

What ultimately tipped the balance of convenience against granting an injunction was the future launch of Vumerity and the anticipated switch by patients from Tecfidera. The effect of any launch of a product to be marketed as superior to DMF would have a profound effect on the DMF market, transforming it and likely shrinking it.

Previously, interlocutory injunction applications in pharmaceutical patent cases have focussed less on the issue of the validity of the patent, and more on balance of convenience factors, particularly, whether damages are an adequate remedy. However, generic companies are now bringing infringement and/or validity issues to the fore at the interlocutory stage, increasing the cost and complexity of the applications. In Biogen, in addition to the PTE issue, Pharmacor also raised a novelty attack based on expert evidence.

The case also continues the trend of parties filing evidence from accounting and market experts on balance of convenience matters. Increasingly, parties are relying on this evidence to demonstrate the impact of generic entry, the interruption to the market, and the difficulty in quantifying damages (eg recreating the hypothetical market).

The Biogen decision follows a slew of recent cases considering the scope and application of the PTE provisions in the Patents Act.

Last year, Sandoz was successful in undoing a PTE granted to Merck Sharp & Dohme's patent relating to its diabetes drugs, Januvia and Janumet. This case highlighted a situation where the patent in question covered two pharmaceutical products – Januvia (containing the API sitagliptin), and a combination product Janumet (containing sitagliptin and metformin), which had a later regulatory approval date. The Court confirmed the relevant product and calculation of the PTE period must be based on the earliest first regulatory approval of a product covered by the patent claims, which was Januvia. As Januvia received regulatory approval within five years of the patent filing date, the PTE period for the patent was actually zero.

The Sandoz decision has since been applied by the Australian Patent Office to reduce the extension of a Bayer patent relating to oral contraceptives. In that case the APO concluded that the PTE should have been based on Bayer's Yasmin product, registered on the ARTG in 2001, not Yaz, which was registered in 2008.

We expect to see more attacks on PTEs in the future. Patentees should carefully consider their patent strategy in light of their broader product portfolio and take into account that Australia's PTE provisions have important differences and nuances relative to other jurisdictions. Importantly, any applications for PTE should be based on the earliest first regulatory approval of the patentee's product covered by the patent claims.

Many of the top selling drugs in Australia are antibodies, all part of a global market estimated to reach US$140 billion this year. Recently, the US FDA (Food and Drug Administration) approved the first interchangeable biosimilar antibody, Cyltezo (adalimumab-adbm) - biosimilar to and interchangeable with its reference product Humira (adalimumab). With the Australian Government also looking to support the use of biosimilars, robust patent protection for antibody-related inventions is more important than ever. We consider some of the main challenges and strategies for claiming antibodies in Australia. 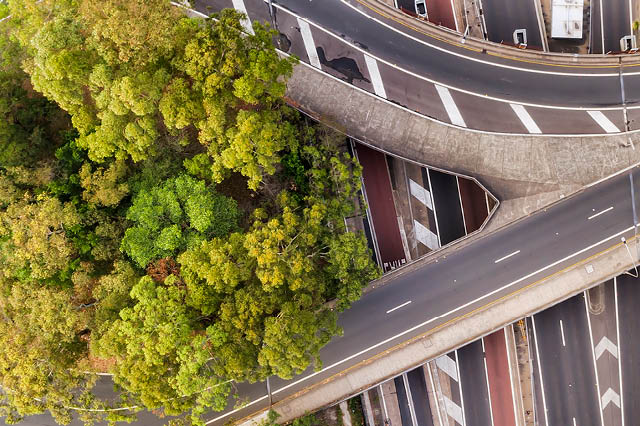 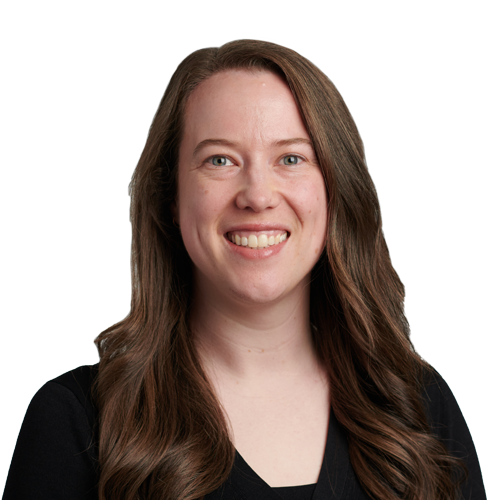 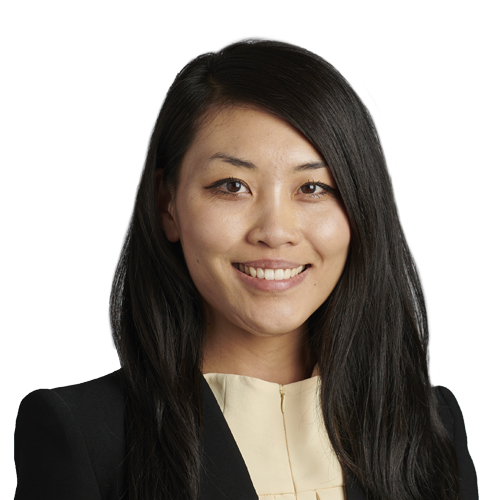