Round 1: Experiences with consumer lending practices

In the Final Report, the Commissioner has found that, for the most part, whilst the legislative tools necessary to protect borrowers are already available, there have been significant shortcomings in their application and enforcement.

As a result, the actual legislative changes proposed in the Final Report in relation to consumer lending are generally more limited than some might have anticipated or worried – the only significant exception being the regulation of brokers (although whether the recommendation that brokers be remunerated directly by borrowers will be introduced remains uncertain in light of the different positions adopted by the Government and the Opposition).

The key changes that the Commissioner did recommend were:

Each of the above recommendations are discussed in more detail below.

In addition, there are several important changes that the Final Report recommends not be made. Most notably:

In both the Interim Report and now in the Final Report, the Commissioner gave significant consideration to the important role of mortgage brokers in the consumer lending industry. He finds that brokers are in a position of trust with their customers, and that customers rely on them for advice and assume they will act in their best interests. The recommendations contained in the Final Report are intended to ensure there is a legislative framework in place that requires brokers to meet the expectations that, in the Commissioner's view, their customers already have of them.

As the Commissioner raised in the Interim Report, he considers that the current structures around the remediation of mortgage brokers, which typically involve the payment of upfront and trail commissions by lenders, create an inherent conflict between the interests of the broker and the interests of the customer.

Considering the Commissioner's strong criticism of any form of conflicted remuneration in the Interim Report, it was inevitable the Final Report would include recommendations for amendments to the way brokers are paid. However, the Commissioner has recommended not just an amendment to the current model, but its complete overhaul, recommending that borrowers, not banks, should pay brokers for their services.

The Commissioner has justified this recommendation on the basis that the payment of commissions by lenders to brokers is a form of conflicted remuneration. He questions why, if financial advisors are banned from accepting conflicted remuneration, any exception should be made for mortgage brokers, who are providing an equally important service to customers.

The Commissioner has largely dismissed concerns raised in some responses to the Interim Report that such a change would weaken the broking industry (as fewer customers would use brokers) and have a negative impact on competition among lenders. He does, however, suggest the changes might be accompanied by a requirement that banks be obliged to charge a service fee when issuing a loan to borrowers in order to reduce any competitive advantage they might gain as a result of brokers charging customers directly.

Importantly, however, this recommendation by the Commissioner is the only one among the 76 specific recommendations contained in the report that the Government has not committed to implementing, citing concerns about the reduction of competition among lenders (including inhibiting access to the smaller lenders). Instead, the Government has agreed to ban trail commissions from July 2020, but has reserved its position on phasing out upfront commissions.

The Opposition's position on this recommendation is not yet clear. Before the release of the Final Report, the Opposition committed in principle to adopt every one of the Commission's recommendations. However, such sweeping reform to the broker market might not have been fully anticipated when that commitment was made.

This will be an area of ongoing interest, especially in light of public sensitivity over house prices and interest rate rises. It is unlikely to be resolved until after the Federal election.

The Commissioner observes in the Final Report that brokers not only advise customers about one of the most significant financial decisions they are likely to make in their lives, but also that customers expect brokers to act on their behalf and in their best interests when providing that advice. In those circumstances, the Commissioner can see no reason that the law should treat them differently to financial advisers.

To bring the law in line with both consumers' expectations and the realities of a broker's role, the Commissioner recommends that brokers initially be subject to a 'best interests' duty, obliging brokers to act in the best interests of their customers, which would be enforceable by way of a civil penalty. The Commissioner also recommends that, after a sufficient transition period, mortgage brokers be subject to, and regulated by, the same law that applies to financial advisors under Part 7.7A of the Corporations Act 2001 (Cth). This would likely mean that brokers are subject to obligations such as the need to provided appropriate advice (s961G) and to give priority to clients' interests (s961J).

Mortgage brokers are currently subject to the obligations of a credit assistance provider under the NCCP Act. The report does not deal with how these additional proposed obligations to act in the customer's best interests would sit with the current responsible lending obligation of only recommending a loan that is 'not unsuitable'.

The adoption of these recommendations is likely to have a material impact on how brokers operate. For example, it is foreseeable that a broker will need to refuse to recommend a loan to a borrower in circumstances where they are aware that the borrower could obtain a cheaper rate by approaching the same lender directly, or the broker is not accredited by the particular lender. If the Government does not adopt a 'borrower pays' remuneration structure, but does adopt the best interest duty, then this scenario would result in the broker receiving no payment for the work they have undertaken for the customer.

Finally, there are also a number of obligations currently placed on financial advisers beyond the best interests duty which brokers are likely to feel the burden of, including the proviso of statements of advice, as well as additional educational and disclosure requirements.

However, while the Final Report offers the sweeping recommendation of making brokers subject to the same laws as financial advisers, it offers very little detail of what this will look like and whether any allowance will be made for some of the legitimate differences between the industries. As a result, we will have to wait and see.

Other things to note

At present, lenders can only offer a loan to a borrower if they have made an assessment that the loan is not 'unsuitable' for the borrower.

As mentioned above, the Commissioner has not recommended changing the 'not unsuitable' test to a 'suitable' test, despite the urges of some consumer advocacy groups. The Commissioner noted that  requiring a lender to test if a loan were 'suitable' for a borrower would require the lender to assess not only an absence of harm, but that the loan would actually provide a benefit to the borrower. However, the Commissioner ultimately concluded that lenders are not in a proper position to make such an assessment.

This is likely to come as a relief to the banks, as a requirement to assess suitability would have placed a heavy and somewhat unrealistic burden on them.

The use of benchmarks

In the Interim Report, the Commissioner had strongly criticised the over-reliance of banks on general statistical benchmarks (such as the Household Expenditure Measure (HEM)) and the customer's own declarations about affordability.

In the Final Report, he echoes this criticism and reiterates that, while benchmarks like the HEM do have some value in determining whether a consumer will be able to repay the loan (ie whether the loan is 'not unsuitable'), they should not be used as a substitute for inquiries about, and verification of, a customer's actual financial position (as required under s130 of the NCCP Act). The Commissioner does not go so far as to suggest that the use of such benchmarks should be banned, but he does note with some approval that the banks are already starting to reduce their reliance on them.

Abolition of the point of sale exception

At present, suppliers of goods or services that arrange credit for their customers from a lender at their own premises in order to assist those customers in buying the suppliers’ products are exempt from the requirement to hold a credit license (one common example being car dealerships).

Consistent with the Commissioner's general preference throughout the Final Report for removing exceptions in order to simplify the laws that will apply, the Final Report recommends the removal of the point of sale exception.

At present, many banks have voluntarily signed up to industry codes, like the 2019 Banking Code of Practice (which has been approved by ASIC and is due to come into operation on 1 July 2019). Those codes have been held, in some circumstances, to create contractual obligations between customers and the relevant bank, although this is generally subject to a case by case analysis.
The Commissioner has recommended that:

This will mean that customers face no uncertainty about their ability to bring a claim for a breach of such an enforceable provision before the Court. Presumably, ASIC will also be able to bring a claim of this sort, seeking damages on behalf of a customer.

In the case of the 2019 Banking Code, the Commissioner anticipates that such 'enforceable provisions' will include obligations like the need to engage with customers in a fair, reasonable and ethical manner (clause 10), and the obligation to exercise the care and skill of a diligent and prudent banker when extending credit (clause 49) (although there will undoubtedly be many more obligations included). 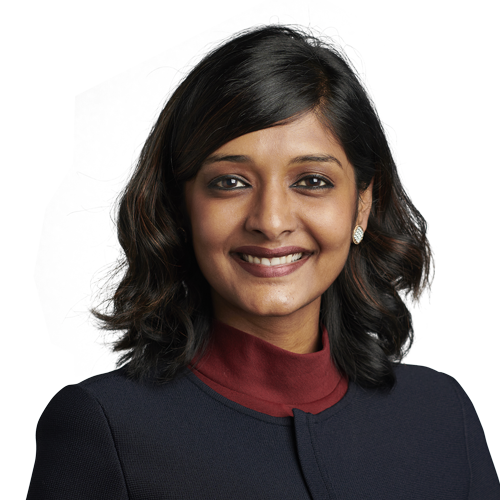