The Victorian Supreme Court has provided guidance on set-off rights in the context of insolvency, particularly in relation to inconsistency between provisions of the Corporations Act and security of payment legislation. Partner Nick Rudge and Lawyer James Waters report.

In Facade Treatment Engineering Pty Ltd (in liquidation) v Brookfield Multiplex Constructions Pty Ltd [2015] VSC 41, Justice Vickery has held that provisions of the Building and Construction Industry Security of Payment Act 2002 (Vic) (the BCISP Act) are inconsistent with provisions of the Corporations Act 2001 (Cth) relating to set-off and mutual credits and debts in the context of insolvency.

Specifically, Justice Vickery held that an insolvent company could neither enter judgment for a debt due to it nor avoid any cross claims or set-off defences under the BCISP Act where those cross claims/defences arose out of the same construction contract. The court also gave helpful guidance in relation to how parties responding to payment claims may respond within the meaning of the BCISP Act.

The decision is currently the subject of an appeal, in which Façade alleges that Justice Vickery erred in finding that there was inconsistency between the two acts, that they should have been given 'side by side' operation and that the payment schedule in this case was invalid. It remains to be seen whether Façade's appeal will be successful.

In a recent decision in Western Australia that considered this inconsistency, Hamersley Iron Pty Ltd v James [2015] WASC 10, section 553C of the Corporations Act was held to apply in place of the equivalent Western Australian security of payment legislation. Although the result is practically the same, the reasoning in Hamersley contrasts that of the trial decision of Justice Vickery in Façade. In Hamersley, Justice Beech held that the policy of security of payments acts was to ensure cashflow while construction companies remained solvent, but that if they became insolvent, the policy behind provisions for insolvent companies of the Corporations Act should apply. This approach mirrors the reasoning of Chief Justice Young in Equity in Brodyn Pty Ltd & Dasein Constructions Pty Ltd [2004] NSWSC 1230, discussed below.

On 7 September 2011, Façade entered into a contract with Multiplex for the design, supply and installation of facade and curtain wall works on the Upper West Side development in Melbourne. Façade made two payment claims in August and September 2012. In response to the second payment claim, Multiplex responded alleging that Façade had supplied insufficient information to Multiplex and that the payment claim was therefore invalid.

In February 2013, Façade went into liquidation. After Façade commenced proceedings under s16(2)(a)(i) of the BCISP Act for recovery of unpaid amounts, Multiplex revealed that it had claims against Façade in excess of the quantum of those claims and in which it sought to set-off against the payment claims brought by Façade.

The key issue raised in the proceedings was whether parts of the BCISP Act are invalid to the extent that they are inconsistent with the operation of set-off provisions which apply in the event of insolvency under the Corporations Act. Specifically, Justice Vickery was asked to consider whether the provisions in the BCISP Act that prevent respondents from bringing a defence or counter claim are inconsistent with s553C of the Corporations Act, which allows set-off of claims against an insolvent company. In resolving the matter, Justice Vickery relied on s109 of the Australian Constitution, which gives primacy to Commonwealth legislation in the event of an inconsistency.

Justice Vickery also considered whether Multiplex's response to Façade's second payment claim satisfied the requirements of a Payment Schedule under s15 of the BCISP Act and confirmed the relevant time at which knowledge of insolvency is assessed under s553C(2) of the Corporations Act.

Is s16(4)(b) of the BCISP Act inconsistent with the Corporations Act in the context of an insolvent claimant?

Section 16(4) of the BCISP Act provides:

(i) of the existence of the circumstances referred to in subsection (1) [that the respondent has become liable to pay the claimed amount due to a failure provide a payment schedule and fails to pay any part of the payment claim]; and
(ii) that the claimed amount does not include any excluded amount; and

(b) the respondent is not, in those proceedings, entitled—

(i) to bring any cross-claim against the claimant; or
(ii) to raise any defence in relation to matters arising under the construction contract.

(1) Subject to subsection (2), where there have been mutual credits, mutual debts or other mutual dealings between an insolvent company that is being wound up and a person who wants to have a debt or claim admitted against the company:

Justice Vickery observed that High Court authority interpreting s86 of the Bankruptcy Act 1996 (Cth), in terms very similar to s553C, required that provisions such as s553C of the Corporations Act should be given the widest possible scope.1

Justice Vickery observed that the prohibition against raising a cross-claim in s16(4) of the BCISP Act potentially conflicts with the express right of set-off enshrined in s553C of the Corporations Act.

His Honour accepted that Multiplex's counter-claim for amounts to be set-off was likely to substantially exceed Façade's claim under the BCISP Act and held that:

It followed that the BCISP Act, as applied to the facts in this case, would alter, impair or detract from the operation of the Corporations Act and must therefore yield.

The potential conflict between the provisions of the Corporations Act and security of payments legislation was also considered in Brodyn Pty Ltd & Dasein Constructions Pty Ltd [2004] NSWSC 1230. However in that case, Chief Justice Young resolved the inconsistency by reading the State Act down, so that the only operative legislation in the circumstances was the Corporations Act.

It remains to be seen whether this kind of defence will be applied in relation to security of payments disputes in other states and territories. Before Facade, disputes involving inconsistency between the prohibition on respondents bringing cross-claims in security of payments legislation and the Corporations Act were typically dealt with in the same way as Brodyn.2

Relevant time for assessing knowledge of insolvency under s553C

Façade argued that Multiplex had knowledge of its insolvency in February 2012 and, under s553C(2) of the Corporations Act, Multiplex should not have the benefit of the operation of s553C(1). Justice Vickery rejected Façade's contention that the relevant time for assessing knowledge of insolvency was at the time when Façade's payment claims under the BCISP Act fell due. Rather, His Honour held that previous authority dictated that the relevant time was when Multiplex executed the subcontract with Façade in September 2011, under which it owed Façade obligations for progress payments.

Justice Vickery considered whether Multiplex's email constituted a valid payment schedule. In this regard, his Honour set out the requirements for payment schedules provided for by s15 of the BCISP Act, which provides, among other things, that a payment schedule must:

In the absence of a prescribed form, and in reliance upon a number of earlier Victorian decisions, Justice Vickery provided further guidance on compliance, including that:

Multiplex's response argued that the payment claim was invalid due to apparent inaccuracies and uncertainties, and that once these were remedied, Multiplex would issue Façade with a payment schedule. Justice Vickery construed this as evidencing a Multiplex intent to pay nothing and held that this met the requirements of the BCISP Act.

Section 15(3) of the BCISP Act requires that the respondent must provide reasons for why the proposed amount is less than that claimed. Addressing this, Justice Vickery held that Multiplex's assertion that Façade's payment claim was invalid was sufficient to meet this requirement. This approach reinforces the principle that payment schedules should not be approached in an overly technical manner. Ultimately, His Honour held that Multiplex's Aconex communication constituted a valid payment schedule under the BCISP Act.

It follows that a bare rejection of a payment claim, so long as it is supported by a reason, will suffice as a payment schedule in Victoria. 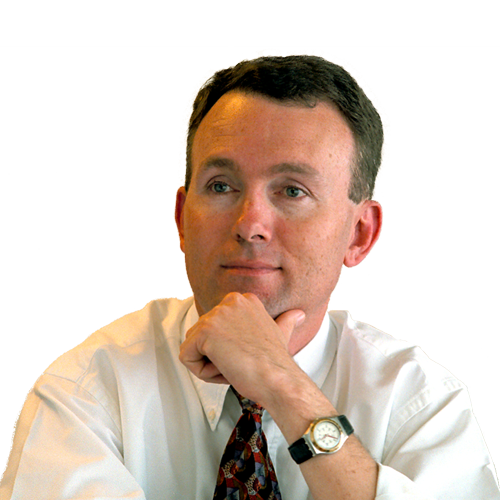