Predictive coding gets green light from an Australian court

The Victorian Supreme Court recently handed down the first decision of an Australian court to specifically consider and approve the use of predictive coding technology in a large-scale discovery exercise. Partner Nick Rudge, Managing Associate Kate Austin and Applied Legal Technology Manager Lisa Kozaris consider the decision and its implications.

Recap: what is predictive coding?

Predictive coding is a form of Artificial Intelligence which utilises sophisticated software, which incorporates a machine-learning process using computer algorithms, to enable the efficient and cost-effective identification of relevant documents within large document sets. The software 'learns' from decisions on relevance made by a human reviewer over a sample set of documents, and then 'predicts' automatically which documents will be relevant across a larger document set. See our previous Focus: Predictive coding: the future of electronic document production? for further detail.

The High Court's judgments in Pyrrho Investments Ltd & Anr v MWB Property Ltd and Others3 and David Brown v BCA Trading Ltd and Others,4 were influenced heavily by evidence that predictive coding was as accurate (if not more accurate) than manual document review, and significantly more cost and time effective.

While Australian courts have been increasingly focused on the use of technology to drive efficiencies and innovation in the management of civil disputes, Justice Vickery's judgment in McConnell Dowell Constructors (Aust) Pty Ltd v Santam Ltd, is the first decision of an Australian court to consider and approve the use of predictive coding.

The McConnell Dowell proceeding involves a high-value claim relating to the design and construction of a natural gas pipeline in Queensland. Approximately four million documents were identified as being potentially relevant to the issues in dispute. This was subsequently reduced to approximately 1.4 million documents.

Justice Vickery considered that the high volume of documents required special management, and appointed a Special Referee whose role, with the cooperation of the parties, was to prepare a report to the court on the most appropriate method of managing the discovery of documents in the proceeding. Through this process the parties ultimately agreed, and the Special Referee recommended the use of predictive coding.

Justice Vickery accepted the Special Referee's recommendation and in doing so referred to the endorsement of predictive coding in other jurisdictions, including the English High Court decisions in Pyrrho Investments v MWB Property and David Brown v BCA Trading.

His Honour was particularly concerned about the 'potentially massive cost and expense' of traditional discovery processes should they be adopted by the parties. He noted that a junior solicitor taking one minute to review and catalogue each of the 1.4 million documents for relevance in an initial review would take over 230,000 hours, equating to over 583 weeks. Further time would be required for a senior solicitor to undertake a review of the process to ensure that only relevant documents were discovered.

His Honour also referred to the developments taking place in the Victorian Supreme Court towards the use of predictive coding. In the TEC List, on 1 September 2016, a 'Standard Operating Procedure' for predictive coding in construction and engineering disputes was issued – the first of its kind in Australia to specifically deal with the application of the technology. The Operating Procedure will soon be integrated into the new 'Technology in Civil Litigation Practice Note SC Gen 5', which will come into effect on 1 January 2017. This Practice Note is designed for general application within the Commercial Court and the court more broadly.

While there had been significant acceptance of predictive coding in civil disputes internationally, until now there had been a question mark over whether it would be accepted and endorsed by Australian courts. The decision in McConnell Dowell is a welcome development which is likely to increase the impetus for the use of the technology in civil disputes in Australia.

An interesting aspect of the decision is the proactive approach of the court. In the key cases internationally, it has been the litigating parties who have approached the court for an order in relation to the technology's application. Instead, in this case, it appears that the court initiated the dialogue concerning the use of predictive coding and facilitated the process for the parties to consider and agree to its use. Justice Vickery observed that the Special Referee process allowed the parties to assess the technology's benefits, assisting them to make 'the commercial decision to invest in the process'.5

This proactive approach is reflected in the new Victorian Supreme Court Practice Note to take effect on 1 January 2017. Significantly, it states that where the costs of manually reviewing large numbers of documents will not be 'reasonable and proportionate, the Court may order discovery by technology assisted review, whether or not it is consented to by the parties'. This suggests that the technology is likely to be a key feature of the court's management of civil litigation from now on. 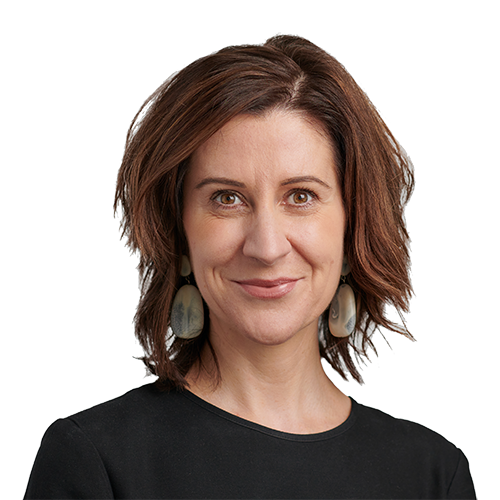