Fool's gold – how packaging can be misleading or deceptive

The Federal Court has ruled that adopting distinctive branding may not be enough to get a trader out of hot water if the get-up of the trader's products is similar to somebody else's. Despite each product displaying the trade marks CHANTELLE and CHÉRI, last month, the Full Federal Court confirmed that Homart Pharmaceuticals had engaged in misleading or deceptive conduct in effectively copying the get-up of Careline Australia's bio-placenta products. Lawyer Isabel Burraston reports. 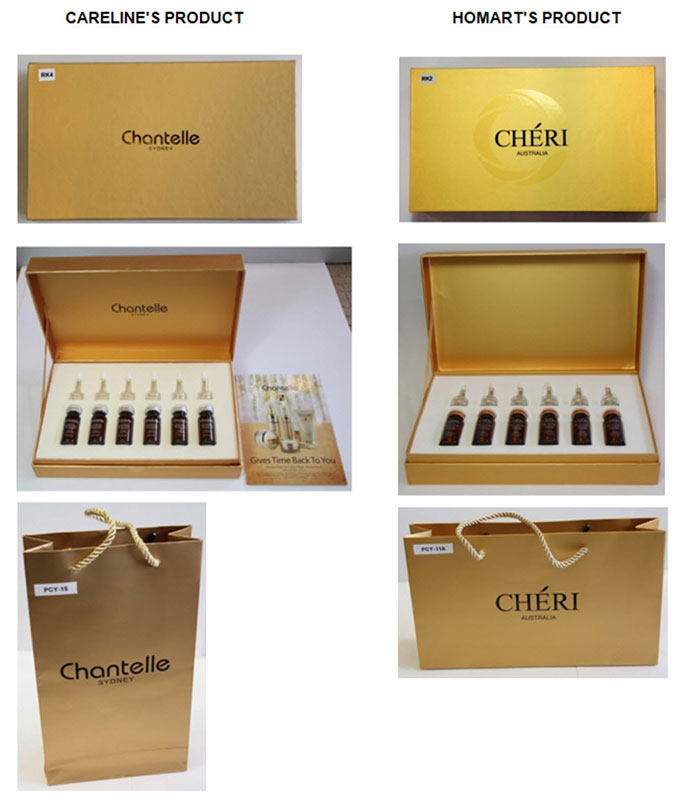 At first instance (Homart Pharmaceuticals Pty Ltd v Careline Australia Pty Ltd [2017] FCA 403), Burley J found that the visual features of Homart's packaging were misleading or deceptive under section 18 of the Australian Consumer Law for reasons including that:

The decision was appealed by Homart (Homart Pharmaceuticals Pty Ltd v Careline Australia Pty Ltd [2018] FCAFC 105), who argued that Burley J had failed to consider a number of issues when assessing Homart's conduct. Homart argued that Burley J failed to consider the fact that the CHÉRI products were often purchased in bulk and that the expense of this transaction was important when assessing the likelihood of consumers overlooking the different CHANTELLE and CHÉRI labelling.

Homart also argued that Burley J failed to consider the fact there was no first-hand direct evidence of confusion among consumers, that the colour gold (a colour synonymous with luxury) was commonplace within the cosmetics market, that regard was had to matters that were outside Homart's control (eg, the instore display of the products), and that the principle in Australian Woollen Mills was incorrectly applied. However, the Full Court of Murphy, Gleeson and Markovic JJ disagreed with Homart on each point, finding that Burley J's reasons did not reveal any error, and confirming each of his Honour's first instance findings.

This case is a timely reminder that trade marks alone may not be enough to differentiate between get-ups that are near-identical. Even where packaging prominently displays trade marks, if a company can demonstrate sufficient reputation in the features of its get-up, it may be successful in asserting misleading or deceptive conduct against a rival appropriating that get-up.