More than 140 lawsuits (including several class actions) were filed against Target following a cyber-attack in which hackers stole credit and debit card information for 40 million Target customers,1 as well as home and email addresses for an additional 70 million customers. The courts grouped these lawsuits into three categories – consumers, financial institutions and shareholders. For a more detailed summary of this case, see Spotlight: Cyber breach at Target.

Much like the plaintiffs in the Target class action, we expect that plaintiffs in Australia will seek to launch multiple claims in the hope that at least one is successful. Unfortunately, the fact that the majority of the Target claims have settled makes it difficult to determine which of the many claims would have succeeded at trial.

A series of ongoing lawsuits have followed three data breaches which occurred between 2013 and 2016 but were not revealed to the public until late 2016.

While the class actions brought against Yahoo focused on these three breaches, it is worth noting that previous breaches (one as early as 2003) formed part of the evidence in the consumer class action, on the basis that Yahoo should have been put on notice of the need to enhance its data security, well before these attacks occurred.

In 2014, Home Depot suffered a high-profile data breach that targeted its self-checkout systems, resulting in unauthorised access to third-party vendor credentials and over 50 million debit and credit card details. The breach led to 44 lawsuits across the US and Canada.

Between October 2015 and June 2016 Wendy's suffered a data breach when compromised third-party credentials were used to access the company's point-of-sale systems. More than 1,000 locations were affected, and the payment card data of an unknown number of customers were accessed, including each customer's name, account number, expiration date, PIN code and card-verification number. The breach was discovered and reported in January 2016, when Wendy's noticed unusual activity at its restaurant locations. At this stage, Wendy's reported that the breach affected fewer than 300 restaurants. However, by 9 June 2016, once further investigations had been undertaken, Wendy's issued a press release11 disclosing the earlier representations regarding the limited scope of the data breach were not complete, and that the breach had continued for a further six months after its discovery in January 2016. In 2016, Wendy's was subject to a class action brought by affected customers, as well as a shareholders' derivative class action brought against current and former directors and executive officers.

In 2009, two laptops owned by health insurance provider AvMed were stolen, and the names, social security numbers, address and phone numbers of more than one million customers were compromised.

This was a particularly interesting case, as even individuals who were unable to prove loss were able to claim damages. This was because even where an individual had not been the victim of identity theft, the matter was pleaded on the basis that AvMed was unjustly enriched by the receipt of insurance premium in exchange for insufficient measures to protect their data. While AvMed attempted to have this claim struck out, the Eleventh Circuit ultimately concluded the plaintiffs had a viable unjust enrichment case, and reasoned that the monthly premiums paid by customers should have been used by AvMed to cover the costs of adequate data security, which the company failed to do.14

This case provides an interesting insight into how loss is quantified, and certainly confirms that despite large settlement sums being reached, often affected individuals will receive minimal recovery once a settlement sum is divided amongst group members. In this instance, District Judge Lucy H. Koh noted that the settlement, representing approximately 14.5% of the class members total claims, was 'within the range of reasonableness after taking into account the costs and risks of litigation'.

Between 14 January and 1 February 2013, a contractor of the NSW Ambulance Service accessed, compiled, and sold the medical records of ambulance employees without their knowledge or consent.

A claim has been brought on behalf of all NSW Ambulance employees whose sensitive health and personal information was involved in the incident, against both the Health Administration Corporation and Waqar Malik, a contractor of the NSW Ambulance Service. The class action has been brought on the basis of alleged breach of confidence (in equity), breach of contract, breach of the tort of privacy, and misleading and deceptive conduct. As well as damages for breach of contract and misleading and deceptive conduct, the plaintiffs are claiming losses sustained as a result of psychiatric illness, distress, embarrassment and injury to feelings as a result of the breach. This case provides an interesting insight into how data breach class actions might be pursued in Australia, and we will be watching this case with great interest to see which (if any) of the claims are successful. 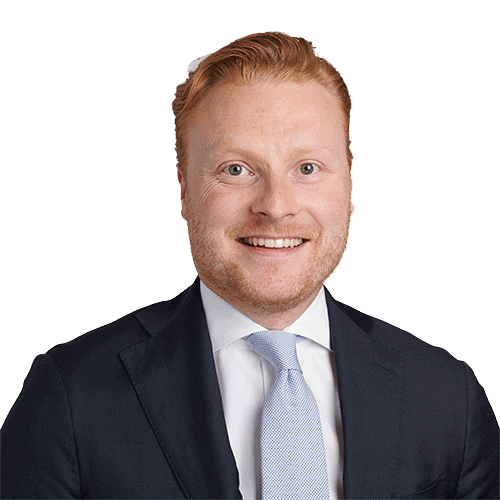