The Launches and Returns Act: one of the most significant updates to the Space Activities Act since its implementation

The Launches and Returns Act makes the following significant changes to the Space Activities Act:

Despite various public consultations between the Agency and industry, it remains uncertain how and to what extent the jurisdictions of the Agency and the Civil Aviation Safety Authority (CASA) overlap in respect of the Rules – eg in respect of objects in low earth orbit. Currently, the General Rules merely require CASA, among other regulatory bodies, to be notified 30 days before launch of an object into space. We will need to watch this space.

The Launches and Returns Act represents the most significant update to the Space Activities Act since its implementation. This is despite the Federal Government's most recent signal of support for space activities, in the form of a $150 million investment in the United States' 'Moon to Mars' mission.

Previously, the Space Activities Act had established a licensing and approvals system to regulate space activities carried out in Australia or by Australian nationals outside of Australia. The predominant aim was to balance the protection of third parties from risk of damage from Australian satellite launch activities against the need to encourage the development of the industry. Simultaneously, the Act implemented a number of Australia's international treaty obligations in relation to peaceful activities and uses of outer space.

However, over the past twenty years, the nature of space industry activities in Australia has shifted from primarily government activity to private sector innovation, and this will continue to evolve. The purpose of the Launches and Returns Act is to update these frameworks to reflect and anticipate this significant continuum of changes in space activities, by expanding the regulatory frameworks to new technologies such as launches from aircraft in flight and launches of high power rockets, and reducing barriers to participation, by simplifying approval processes and insurance requirements.

These changes have been characterised by significantly increased participation in the market by international corporates, universities and startups.

The Launches and Returns Act expands the regulatory scope of the Act by extending its application to space objects launched from aircraft and high power rockets.

The regulation of Australian high power rocket permits was not previously contemplated under the Space Activities Act.

Part 3, Division 4 substantively duplicates the regime already applied to the launch of space objects from Australian sites, requiring those seeking to launch a high power rocket to seek a permit from the Minister. As with permits for space objects, these launches may only take place from sites with Launch Facility Licences (previously 'Space Licences' under the Act).

The Launches and Returns Act also expands the regulatory regime for Australian launch permits of space objects to include permits for launches from specified Australian aircraft or specified foreign aircraft that are in flight in Australian airspace.

The Launches and Returns Act significantly reduces this requirement, capping the maximum amount of insurance required at $100 million.

The Launches and Returns Act also changes the insurance requirements for a permit holder conducting a launch and/or return. Under the Act, the holder of a launch permit was required to possess insurance for a minimum amount of the lesser of $750 million, or the maximum probable loss that could be suffered by a third party from the launch. The Launches and Returns Act significantly reduces this requirement, capping the maximum amount of insurance required at $100 million. The Explanatory Memorandum explains that this new cap is 'consistent with the requirements of other nations' and is balanced against the strengthened non-compliance measures contained in the new regime. Importantly, the new Insurance Rules eliminated the requirement for insurance for two categories of launch and return:

The Launches and Returns Act also increases the penalties associated with contraventions of the Act. Significant changes include increased monetary penalties for individuals for offences associated with launching (and returning) a space object or high power rocket without a licence.

The Launches and Returns Act is accompanied by three subordinate instruments in the form of the following Rules:

The Rules are intended to set out in greater detail the various criteria, conditions and licensing requirements for each of the licences, permits and authorisations under the Act.

For those looking to obtain a launch permit, the General Rules require the following to be provided as part of the application:

The General Rules set out a staging process for the application for launch facility licences. The first stage requires evidence of the applicant’s financial standing and capacity, and a launch facility management plan. Interestingly, we understand that following public consultation, the additional requirement for environmental approvals was moved from the first to the second stage of the application. Perceivably this was because, in practice, it may be difficult for applicants to secure financing without any indication of the likelihood of being successfully granted a licence, and because environmental approvals generally cannot be obtained within a short timeframe.

The High Power Rocket Rules set out details for the definition of a high power rocket,11 and the criteria for the grant of an Australian high power rocket permit, including both the rocket and its flight path for launch being effective and as safe as reasonably practicable.12

The Insurance Rules are brief and primarily set out the specified minimum amount of insurance for various launches (as determined by the methodology in the Maximum Probable Loss Methodology).16

This article was prepared with thanks to Jonathon Hetherington, Spiro Kalavritinos and Chris Case. 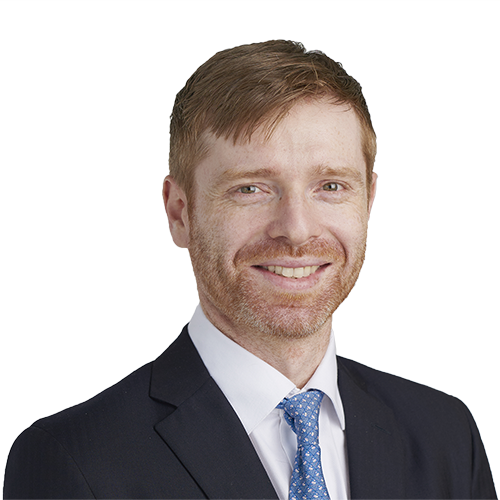