The Queensland Supreme Court has refused an application by a class action plaintiff seeking to compel the defendant to disclose its insurance policy and documents relating to its insurance position. In doing so, the court commented on the recent Federal Court decision in the Radio Rentals class action but came to a different result on the facts. This decision shows that when determining whether or not to make an order for disclosure, the court is likely to take into account the defendant's financial capacity, and may be less likely to make such an order where the defendant's solvency is not a concern.

Recent guidance from the Federal Court

Earlier this year, in the Radio Rentals class action2, the Federal Court of Australia ordered the disclosure of documents relevant to the respondent's insurance position by means of the general power conferred on the court in relation to representative proceedings.

In any proceeding (including an appeal) conducted under this Part, a Court may, of its own motion or on application by a party or a group member, make any order the Court thinks appropriate or necessary to ensure that justice is done in the proceeding.

Justice Gleeson was satisfied in that case that disclosure was warranted because the applicant would be at a significant disadvantage in the upcoming mediation without access to the documents that were relevant to an assessment of the reasonableness of any settlement offer. Significantly, this was the first published decision where a court has used the power under s33ZF to order production of the respondent's insurance policies, despite the policies not being relevant to the facts in issue in the proceedings.

In September 2019, plaintiffs in the Shattercane Class Action – a $70 million claim brought in relation to the sale of allegedly contaminated sorghum by Advanta Seeds – made an application in the Supreme Court of Queensland seeking the disclosure of the defendant's insurance policies under s103ZA of the Civil Proceedings Act 2001 (Qld). Section 103ZA is analogous to s33ZF(1) of the Federal Court Act outlined above. Both parties sought to rely on the Radio Rentals decision in their submissions. The defendant opposed the making of the order.

Citing the similarity of the applicants' application in the Radio Rentals decision, the plaintiffs submitted that the defendant's insurance policies should be disclosed to them to ensure they were 'fully informed about the extent of funds available to the defendant to meet any damages award'. This included to see whether there was a possibility of pursuing the defendant's insurer for indemnification under the policy and to satisfy the court as to the reasonableness of any settlement at mediation.

In contrast, the defendant claimed the plaintiffs' application was 'a fishing expedition which [was] vexatious' and made for the purpose of challenging evidence previously given by the defendant that it was not entitled to be indemnified by the insurer for the plaintiff's claims.

The defendant further submitted that if the plaintiffs were intent on pursuing the insurer, the insurer should have been served and joined to the application, just as the insurer was in the Radio Rentals decision. Finally, the defendant noted it had substantial financial capacity to meet any adverse judgment and that information was publicly available.

Distinguishing the facts of the Radio Rentals decision from this case, Justice Mullins noted that in the Radio Rentals decision, there was an arguable case against the insurer's refusal to indemnify the defendant under the insurance policy, as well as evidence that the defendant's financial position was deteriorating. On the other hand, in this case, the defendant had substantial assets and was profitable, and His Honour saw no reason for the court to go behind the defendant's stated position about its lack of insurance coverage and order disclosure of its policies in favour of the plaintiffs for mere speculative purposes; especially as there was no dispute between the defendant and the insurer.

His Honour also noted it was premature in the stage of proceedings for the plaintiffs to be concerned about the reasonableness of any offer at mediation, as expert evidence from the defendant was still to be provided. As a result, Justice Mullins refused to order disclosure of the defendant's policies under s103ZA of the Civil Proceedings Act.

Implications – an increasing emphasis on the defendant's financial capacity

While Justice Gleeson noted there was a possibility the respondent might not be able to meet a judgment against it, Her Honour, when reaching a decision on whether disclosure of the insurance policies was necessary or appropriate for justice to be done in the proceeding, appeared to place greater emphasis on the utility of the documents to the applicants for the purposes of mediation.

Despite the applicants in the Advanta Seeds case seeking to rely on similar reasons to justify disclosure, it is apparent from Justice Mullins' reasoning that the defendant's financial circumstances, and the broader circumstances of the proceedings in which the application is made, will influence whether the court will exercise its discretion to make an order for disclosure.

The relevant factors Justice Mullins considered in this case were:

In particular, while it was implied that the respondents' deteriorating financial position played a role in the granting of orders for disclosure in previous applications, such as in the aforementioned Radio Rentals class action and the Quintis class action, the Advanta Seeds case lends further weight to the argument that the defendant's financial capacity will be a persuasive factor when considering whether disclosure is necessary or appropriate.

In the Radio Rentals Class Action, the Federal Court of Australia has ordered - over the objection of an Insurer - that a respondent disclose its insurance policies to the applicant.

Read our analysis of the decision 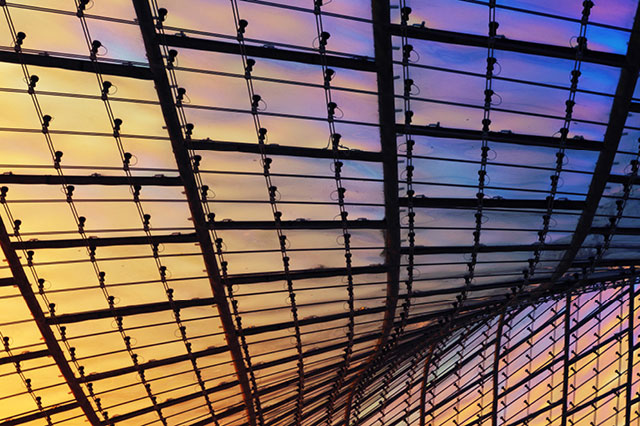