No relief from pain for Maxigesic claims

AFT Pharmaceuticals (AU) Pty Limited v Reckitt Benckiser (Australia) Pty Limited [2020] FCAFC 45 serves as an important reminder of the risks of comparative advertising and the need for adequate scientific foundations to support representations claiming to be based in science.

The Full Court, in dismissing AFT Pharmaceuticals (AU) Pty Limited's (AFT) appeal, held that claims made by AFT in promotional materials relating to its over-the-counter paracetamol and ibuprofen combination product, Maxigesic, were simplistic and unqualified statements not adequately supported by science.

This case is an appeal from the primary judgment in Reckitt Benckiser (Australia) Pty Limited v AFT Pharmaceuticals (AU) Pty Limited [2018] FCA 1552. In 2017, in anticipation of the regulatory ban on over-the-counter codeine-based analgesics, AFT and Reckitt each promoted their non-codeine paracetamol/ibuprofen combination analgesic products, Maxigesic and Nuromol, respectively.

An example of the Maxigesic promotional material is set out below. 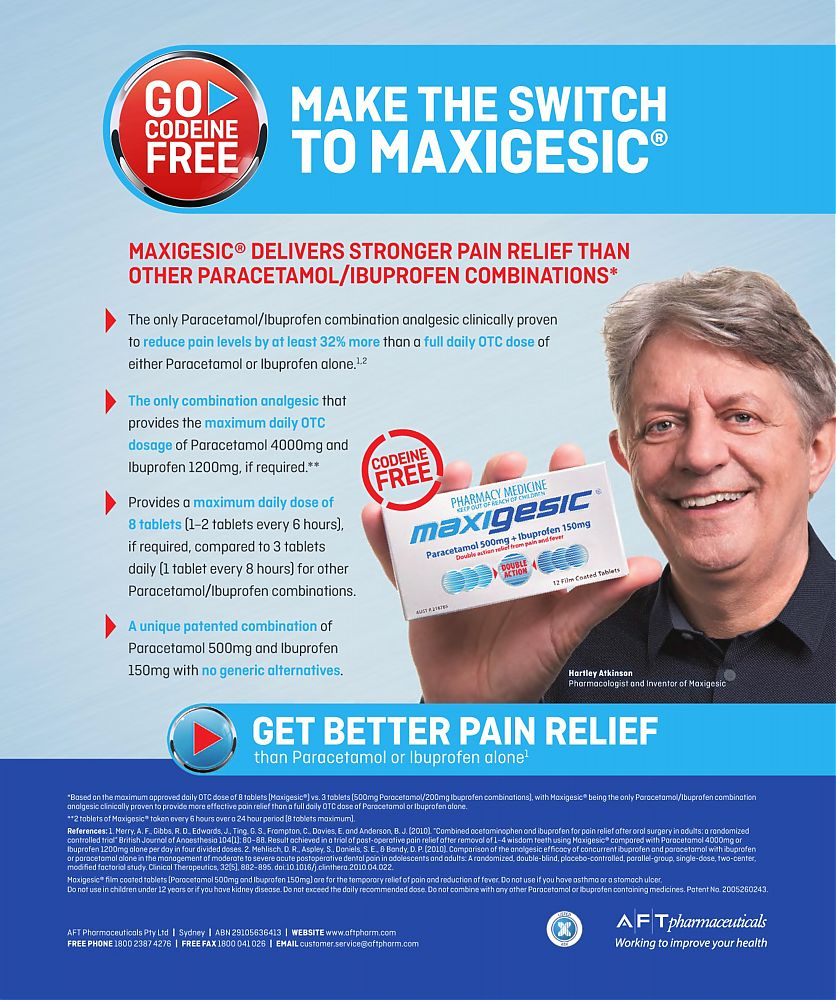 On appeal, AFT did not challenge the primary judge's findings that its promotional materials (including as depicted above) represented that:

when taken at their respective maximum recommended daily doses; and

AFT did not appeal the primary judge's conclusions in relation to the scientific literature. It argued that the primary judge misapplied the legal test and effectively reversed the onus. It argued that the onus was on Reckitt to establish that the scientific foundation did not exist; that at best it had only proven the possibility that the higher doses did not result in stronger pain relief, and that this was not enough for it to succeed.

The Full Court rejected AFT's submissions. AFT had represented that the unqualified comparative claims were statements of scientific fact. For the claims not to be misleading, they needed to be adequately supported by science. In those circumstances, for Reckitt to succeed, it was sufficient for it to show, on the balance of probabilities, that either the science was inconclusive or that the position in science definitively contradicted AFT's claims. The primary judge concluded on the evidence that the former had been established and, therefore, did not err in finding against AFT.