In recent days, the economic uncertainty created by the COVID-19 pandemic has proved the catalyst for the introduction of two long-debated changes to Australia's class action and continuous disclosure regimes.

Whilst the announced regulation of litigation funders in particular may cause at least a short-term softening in class action filings, there are some clear limitations to the continuous disclosure measures and questions remain as to the level of protection they will provide against the risk of shareholder class actions.

In announcing the changes at this time and with near immediate effect, the Federal Government has acted decisively, not waiting for the outcome of the Parliamentary Inquiry into class actions announced in March this year.

Allens has for many years supported such reforms as an important and necessary check on entrepreneurialism in Australian class actions, particularly shareholder class actions. In this article, the Allens Disputes and Investigations team considers the implications of these announcements for the future of Australia's class actions landscape.

Litigation funding: what was announced

Litigation funders currently benefit from exemptions to the Corporations Regulations 2011 (Cth) which mean that funding arrangements are not categorised as managed investment schemes and funders are not required to hold an AFSL. The Federal Government intends to remove these exemptions such that funders will face the same regulatory scrutiny and accountability as other financial services entities under the Corporations Act.

As a consequence of the requirement to hold an AFSL, litigation funders will be obligated to:

These measures will add a significant compliance burden for many litigation funders operating in Australia.

How did we get here? Litigation funding in Australia

One of the strongest drivers of class action growth in Australia has been the increase in the number of litigation funders participating in the local legal market.

In 2019, there were 33 litigation funders operating in Australia, the United Kingdom or both. Predicted revenue for the litigation funding market in Australia was $105.4 million for the 2017-2018 financial year, with profits of $44.8 million. The funding industry has been predicted to grow at an annualised rate of 7.8% over five years through to 2022-2023.7

As involvement by funders in Australian class actions has increased, so too have concerns about the differing (and frequently conflicting) interests between lawyers, funders, representative plaintiffs and group members in a class action.

As we have noted previously, in funded proceedings, the litigation funding commission typically represents the largest single amount deducted from any settlement or judgment. Funders may also seek to impose a litigation or project management fee in addition to the funding commission. Left unchecked, such costs risk being excessive or disproportionate in comparison to the risk taken on by the funder. Funding commissions may also differ across different group member categories, leading to further unfairness or conflict.

As such, there have long been calls for regulation and greater oversight of litigation funders in Australia.

The ALRC initially supported the proposal that litigation funders be subject to a licensing regime.9 However, surprisingly, in its final report the ALRC revisited this proposal and instead recommended measures for increased court oversight of funding arrangements.

The ALRC's final position was informed by criticisms levelled at the existing AFSL regime in the Financial Services Royal Commission and by ASIC's submission that courts are better placed than it to supervise litigation funders. In particular, ASIC submitted that, given the relatively small size of the litigation funding industry and ASIC's risk-based approach to regulation, it was unlikely that litigation funding would be a main focus of its work.10

Prior to Mr Frydenberg's announcement, it was expected that this matter would again be the subject of a further inquiry into the class actions industry by the Federal Parliamentary Joint Committee on Corporations and Financial Services announced in March this year.

Continuous disclosure rules: what was announced

Under the Corporations Act and the ASX listing rules, listed entities must immediately notify the ASX of any information that a reasonable person would expect to have a material effect on the price or value of its securities once it becomes aware of that information (ie market-sensitive information).11 Failure to comply is an offence and can create a civil or criminal liability, as well as a breach of directors' duties of care and diligence.

Under the proposed amendments to the Corporations Act, which affect civil proceedings only, directors and officers will now only be liable for failing to disclose market-sensitive information where they knew or were reckless or negligent as to whether that information would have a material effect on the share price.12 'Knowledge' and 'recklessness' have the same meaning as in the Criminal Code, ie:

The modifications have been drafted to apply to all information that may be the subject of the continuous disclosure regime – not just information about forward-looking guidance, future earnings or prospects.

Allens has separately published about the specific changes that have been made to the Corporations Act and their practical implications for listed entities.

How did we get here? Concerns with the existing continuous disclosure rules

Australia is considered one of the most favourable jurisdictions in the world for shareholder class actions – indeed, one might say that actions are pursued at the 'drop of a share price'.14

Such claims have a significant and draining effect on listed entities, their boards and their insurers. Moreover, they, more than any other kind of class action, tend to be driven by entrepreneurial plaintiff lawyers and litigation funders – who are not the intended beneficiaries of the litigation and who have far less to lose than the defendants they are taking on.15

There is also growing evidence that not only do the continuous disclosure rules not meet their intended objectives, but instead, they may cause unintended adverse consequences, including to the value of shareholder investments and to the availability of directors and officers insurance. Within some companies, angst around shareholder class action risk can also result in an over-concentration of focus and time on continuous disclosure issues, at the expense of both consideration of other risks and pursuing the profit-making objectives of the company for the benefit of shareholders.16

In response, the ALRC in 2019 proposed that the Federal Government undertake a review of Australia's continuous disclosure regime.

Allens has always considered that the area most ripe for permanent reform was the private right of action, which enables a claim to be brought without any need to establish, or even allege, any intention, fault, negligence or indifference on the part of the company. Limiting shareholder class actions to only those circumstances involving 'knowledge, recklessness or negligence' is one way of achieving better alignment with the objectives of the regime and the public interest.17 From a plaintiff point of view, it is still less onerous than the requirement in the United States of an intent to deceive, manipulate or defraud.18

The amendments to the Corporations Act easing continuous disclosure rules came into effect from Tuesday 26 May 2020 and apply prospectively.

This temporary measure will provide some comfort to companies deciding (as many have done) in the current uncertain economic environment not to release (or to withdraw) earnings guidance for fear of it being found later to be inaccurate. The Australian Institute of Company Directors, which has been advocating for this reform, reacted favourably to the announcement, suggesting that the current environment 'does not allow the same confidence in making forward statements or providing guidance'19 and that the easing of disclosure rules acknowledges the challenges faced by Australian businesses in the wake of COVID-19.20

However, there are some clear limitations to this measure and the level of protection it will provide against the risk of shareholder class actions:

The measures announced are a welcome step in the right direction. We would support the Government continuing to step in that direction by implementing more wide-ranging and permanent reform in this area.

The AFSL amendments for litigation funders are due to take effect on 22 August 2020. No information has been provided as to the status of funded class actions already on foot. If funders are required to secure an AFSL before proceeding, a significant number of actions could grind to a halt.

Once implemented, requiring funders to hold an AFSL may see a softening of class action activity in Australia. Funders will face higher compliance burdens and become subject to greater regulatory oversight. This may act as a deterrent particularly against smaller, overseas funders and may lead to a reduction in more speculative class actions.

Of course, much will depend on how ASIC uses its enforcement powers to regulate funders. If, as foreshadowed by its submission to the ALRC, ASIC does not intend to focus significant resources on the funding industry, the effects of any regulation may be slight and limited to compliance formalities. That said, we have seen ASIC demonstrate a renewed appetite for regulatory enforcement following the Financial Services Royal Commission and so it may take more of an active role than its previous submissions suggested.

Responding to COVID-19: your questions answered

Continuous disclosure during COVID-19: shining the spotlight on earnings and debt

COVID-19 and continuous disclosure: how you get ready 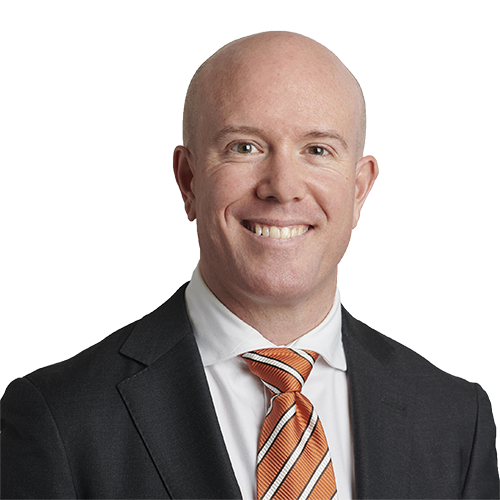