NSW turns up heat on developers of residential apartment buildings

As part of the NSW Government's broader building industry reforms1, the recent Residential Apartment Buildings (Compliance and Enforcement Powers) Act 2020 (NSW) (the Act) provides for the proactive investigation and rectification of serious defects in residential apartment buildings by the Secretary of the Department of Customer Services (the Secretary). The Act achieves this through empowering the Secretary to issue to developers:

To support the Secretary, the Act also provides for:

Who is a 'developer'?

'Developer' is very broadly defined. In addition to entities who contract or arrange for the building work to be carried out, the Act also captures:

The breadth of the definition may be reduced or expanded by regulation. No such regulation has been made at the time of writing.

What 'building work' is caught?

While the regulations may eventually provide for extension to another class of building, or to exclude smaller residential apartment buildings, no such regulation has been made at this time.

Further, the Act only applies to building work in respect of a residential apartment building that is or was authorised to commence in accordance with a construction certificate or complying development certificate issued under the EPA Act.

What is a 'serious defect'?

Does it apply retrospectively?

Yes. The Act will apply to existing residential apartment building work that is incomplete or has been completed within the previous 10 years.

When can a prohibition order be issued?

The Secretary may issue an order prohibiting the issue of an occupational certificate and, if relevant, the registration of a strata plan for a strata scheme (prohibition order) where:

What is the impact of a prohibition order?

An occupation certificate issued in contravention of a prohibition order is invalid.

Without an occupational certificate, purchasers cannot lawfully occupy premises and developers cannot complete sales and obtain remaining funds. Granting the Secretary the power to issue a prohibition order therefore applies commercial pressure on developers to take steps to ensure serious defects are avoided and to comply with their notice obligations under the Act.

When can a stop work order be issued?

A stop work order can remain in force for up to 12 months unless the terms of the order specify an earlier date, or the order is otherwise revoked by the Secretary.

What is the impact of a stop work order?

Breach of a stop work order is a serious offence resulting in penalties for corporations of up to $330,000 with an additional $33,000 for each day the offence continues.

The Secretary can also apply to the Land and Environment Court for an order to remedy or restrain the breach of any order.

Similar to prohibition orders, developers have the right to appeal against a stop work order to the Land and Environment Court within 30 days of the order. However, the appeal will not operate to stay action on the order unless the court otherwise directs.

When can a building work rectification order be issued?

A building work rectification order requires a developer to carry out, or refrain from carrying out, building work as specified in the order to eliminate, minimise or remediate an actual or potential serious defect.

The Secretary can issue such order when of the belief that building work was or is being carried out in a manner that could result in a serious defect. The order may be subject to conditions; specify standards which the building work is required to meet; or indicate the nature of building work which would satisfy the standard required.

What is the impact of a building work rectification order?

In addition, if a developer fails to comply with the order, the Secretary may do anything that is necessary or convenient to give effect to the terms of the order (including carrying out rectification works) and may recover its costs (including all associated costs) in any court as a debt due by the developer.

Further, where a building work rectification order is issued, the Secretary may also issue a 'compliance cost notice' on the developer requiring the developer to pay the reasonable costs incurred by the Secretary in connection with the preparation (including lead-up investigations) of, monitoring action and investigating compliance with, such order.

The Act includes the following protections:

Important to achieving the reform goal of reducing serious defects in residential buildings, is for the Secretary to have sufficient time to investigate building works for serious defects prior to their occupation. Accordingly, the Act provides a scheme for early notification of anticipated completion. Under this scheme, a developer is required to submit the following notices to the Secretary:

Non-compliance with the notification scheme is also a basis for the Secretary to issue a prohibition order.

However, where there are multiple developers for a residential building, it is sufficient if one developer provides the required notice.

Personal liability of directors and management

Directors, and persons concerned in the management of, a company which contravenes the Act are also taken to have contravened the Act if they knowingly authorised or permitted the contravention.

A review of the impacts of the reforms under the Act is to be conducted after 30 March 2022. Issues for consideration at that time include whether there should be an independent NSW Building Commission.

However, there is an initial six-month transitional period impacting:

Developers of residential apartment buildings should:

On 11 June 2020, NSW enacted legislation which imposes a number of new obligations on design practitioners, engineers and builders and sees a fundamental shift in the relationship between these practitioners and owners as part of its reforms to the building industry.

For all owners, builders and designers, we examine these changes below and outline steps you can take now. 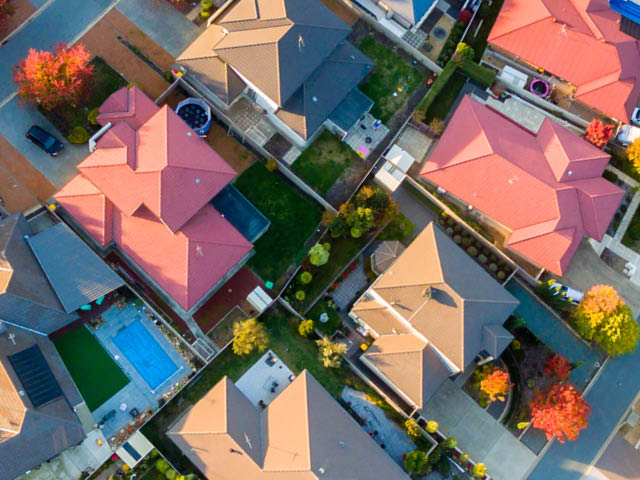