Recently, the Minister has been under increasing pressure from the Opposition and patient groups over alleged delays in listing migraine treatments Emgality and Ajovy on the PBS.

An estimated 400,000 Australians suffer chronic migraine. The cost of the medication is driving the push for these treatments to be listed on the PBS, which would see the maximum charge to the patient at $41 per dose (or $6.60 for concession card holders), in contrast to the current retail price of Emgality (around $1,000 per month) and Ajovy (approximately $850 per month).

The PBAC recommended including Ajovy on the PBS in March 2020, and Emgality was recommended for inclusion in October 2019. However, neither treatment has yet been included on the PBS as the pricing arrangements are still to be agreed.

The current disagreement relates to the PBAC's recommendation to include the two new treatments under the same annual funding cap as the existing migraine treatment, Botox. The problem for the sponsors is that the annual funding cap for Botox alone is exceeded within the first quarter of every year. This recommendation has drawn criticism from Migraine Australia, a patient advocacy organisation, suggesting that the PBAC's decision to include Emgality and Ajovy under the Botox cap was made in error as being a 'budget decision, not a health decision, and therefore not a decision PBAC should be making'.2

Migraine Australia is not the sponsor applying to have the medicines listed on the PBS. Further, PBAC recommendations, and declarations by the Minister to include medicines on the PBS, are administrative decisions that are not open to merits review by the Administrative Appeals Tribunal.

So what is the basis of its threat to challenge the PBAC's recommendation in the Federal Court?

The main avenues for addressing unfavourable PBAC decisions are summarised in Figure 1 and include:

Making a resubmission or seeking an independent review are options that are only available to the sponsor applicant. An applicant may also choose to make a resubmission if it is dissatisfied with the PBAC outcome (either the PBAC rejected its application, or made a positive recommendation with certain qualifications and limitations).

Judicial review under the Administrative Decisions (Judicial Review) Act 1977 (Cth) (ADJR Act) is the only recourse in the face of an unfavourable PBAC outcome by which the original decision may be quashed and the PBAC may be compelled by a court to make the decision again. Judicial review is also the only means by which an affected third party other than the sponsor applicant may challenge the decision of the PBAC. This could include patients who would benefit from better access to the medication if it is listed on the PBS

Under the ADJR Act, an aggrieved person must file an application for judicial review within 28 days of notification of the decision. The court has discretion to consider out-of-time applications, but the applicant will be required to explain the reason for the delay.

Common grounds for judicial review (whether of the PBAC’s or the Minister’s decision) include that:

Given the PBAC's broad statutory powers and functions, the court is likely to be reluctant to read down the breadth of matters that can be considered and the recommendations that may be made by the PBAC. Further, for a third party seeking to challenge a PBAC decision, there are additional challenges.

First, much of the material in a submission to the PBAC in an application to list a medicine on the PBS is confidential. It can therefore be difficult for affected third parties (eg patient advocacy groups, such as Migraine Australia) to obtain evidence to support any challenge.

Second, it may be more difficult for patient groups to show a decision having an adverse effect on patients in cases where the PBAC has made a positive recommendation (ie a recommendation to include the medicine on the PBS), but the issue is with any attendant conditions or restrictions.

However, given the nature of the criticism by Migraine Australia — which suggests it is not within the power of the PBAC to make the relevant recommendation about the cap — the primary issue will be the as yet untested scope of the PBAC's statutory powers and functions.

PBAC's role and the nature of its recommendations

Under the National Health Act 1953 (Cth) (NH Act), the Minister cannot declare a medicine to be included on the PBS without the prior recommendation of the PBAC.3 The NH Act confers a dual function on the PBAC to:

The matters that the PBAC may consider are broad and include (but are not limited to) the effectiveness and the cost of the therapy.5 In the course of its deliberations, the PBAC is entitled to inform itself in whatever manner it sees fit.6

In the current Emgality and Ajovy debate, a key question is whether it was within the PBAC's remit to make a recommendation as to the funding cap (namely, the Botox cap) under which the treatments should be listed.

Where the PBAC has an opinion that the medicine should only be included in certain circumstances, the NH Act permits it to specify the relevant circumstances in its recommendation.7 However, even though cost effectiveness is a matter the PBAC rightly considers, it is not clear that this permission was intended by the legislature to confer upon the PBAC a power to make recommendations with respect to the costing structure of a medicine to be listed on the PBS. Arguably, the PBAC's remit to recommend whether a medicine 'should' be included on the PBS does not encompass recommending any budgetary terms to which the medicine should be subject if it is to be included on the PBS. As Migraine Australia argues, this may be a political decision.

A further question that will need to be answered in the current case is whether the Minister is in fact bound by the conditions and restrictions specified in the PBAC recommendation. By analogy, there may be some support for the proposition that the Minister is not so bound. AstraZeneca Pty Ltd v Minister for Health and Ageing8 involved a review of a decision by the Minister under section 84AG of the NH Act to include a medicine in a particular therapeutic group. The court held that while the PBAC may recommend that the medicine be included on the PBS only in certain circumstances, the Minister is under no obligation to follow the recommendation.9

Section 84AG is quite different on its face to the discretion of the Minister under s85(2) of the NH Act to declare a medicine to be included on the PBS. Notably, s84AG(3) provides that the Minister 'may' have regard to the PBAC's advice. In contrast, s85(2) is silent on whether the Minister must declare the medicine in accordance with the conditions and restrictions specified by the PBAC. Accordingly, it is unclear whether the Minister must follow the conditions and restrictions recommended by the PBAC in declaring a medicine to be included on the PBS.

The wide remit of the PBAC means it may be difficult to quash a decision by judicial review. This may be why so few cases proceed to judgement and, in turn, why there is little published guidance.

In one example, GSK sought to quash a recommendation of the PBAC to vary an earlier recommendation to the Minister in relation to Zyban (bupropion hydrochloride). The court held that the PBAC was permitted to vary its previous recommendation, and rejected GSK's argument that this was beyond the jurisdiction conferred upon the PBAC under s101(3) of the NH Act.

Similarly, AstraZeneca failed in its attempt to quash a determination by the Minister relating to Crestor (rosuvastatin) by criticising the PBAC's consideration of its application.10 It sought to challenge the way the PBAC looked at the concept of 'therapeutic group' when the strength of the product was not interchangeable at the patient level. Whilst not finding for the applicant, the court did acknowledge that error on the part of the PBAC may invalidate the Minister's subsequent decision.11

On the other hand, Pfizer succeeded in having the original PBAC decision not to recommend Viagra (sildenafil citrate) quashed on grounds of procedural fairness. Specifically, that the PBAC failed to inform Pfizer it was taking into account information adverse to Pfizer's interests, thus affording Pfizer no opportunity to respond.12

Given these practical challenges and legal uncertainties in pursuing judicial review, it will usually be a more effective means for achieving the desired outcome if the interested party engages with the political process. It remains to be seen whether the political pressure applied by Migraine Australia (with the help of the Opposition) will achieve its desired result to get Emgality and Ajovy on the PBS.

What to expect in 2020: a review of the key trends in the healthcare sector throughout 2019.

On the investment front, opportunities abound across multiple and diverse asset classes, ranging from MedTech, clinical trials facilities and AI, through to more established assets such as real estate investment trusts and hospital operators. At the same time, though, heightened regulatory activity, restrictions on advertising and the ever-increasing scrutiny of data governance procedures offer timely reminders to investors, owners and legal and compliance teams for the rigorous and ongoing assessments of their existing practices and policies. 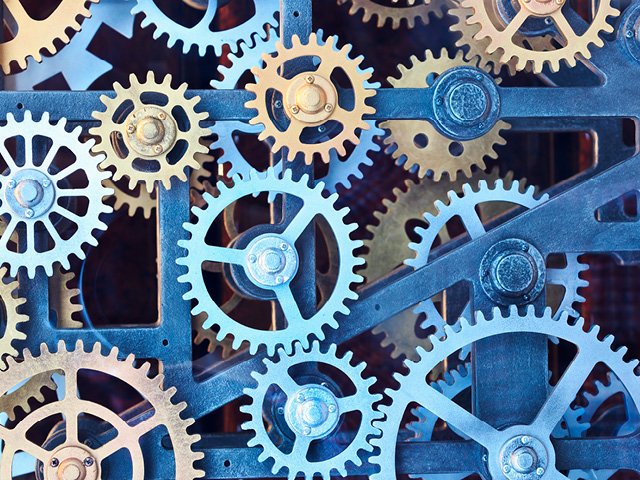