No grounds for opposition for coffee merchants

Parties seeking to oppose (or defend an opposition to) a trade mark registration now have greater clarity over what constitutes use of a trade mark 'in the course of trade' thanks to a recent decision by the Federal Circuit Court of Australia.

The ruling reinforces that while evidence of an actual sale is not necessary, section 58 of the Trade Marks Act 1995 (Cth) does require evidence that an applicant objectively committed to offering to supply goods or services under or by reference to that applicant's mark.

Chris and Dora Di Lorenza (together, the Applicants), are the registered owners of the stylised mark 'BLACK SHEEP' for coffee-related services in specified goods in class 43 (DL Mark) as shown below: 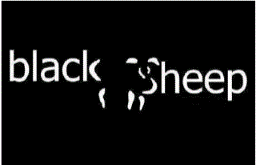 Section 58 states that a trade mark may be opposed on the ground that the applicant is not the owner of the trade mark. This requires the party opposing the registration (in this case, the Respondent) to prove it was first to use the same, or a substantially identical trade mark, in Australia in relation to the same goods and/or services before the application for registration was made.

The Applicants opposed registration of the Denversian Mark under s58 on the basis that they had continuously used the DL Mark since September 2011, two years before the Respondent first used its mark.

Demonstrating first use in the course of trade

While showing first use of a mark 'in the course of trade' for the purposes of s58 does not require evidence of an actual sale, it does require evidence that an applicant objectively committed to offering to supply goods or services under or by reference to that applicant's mark. Here, the court was not satisfied the Applicants had used the DL Mark in the course of conducting business since 2011 because there was no evidence in the form of receipts, menus, brochures or offerings to suggest the Applicants had committed to use the DL Mark. Instead, the primary evidence provided by the Applicants was a single line from a bank statement in 2011 which noted the name 'Black Sheep Mobile Café', use of the DL Mark on a van and on business cards, and a receipt for domain name purchases including the name 'black sheep'. The court held that, at best, the evidence supported that the Applicants had taken some preparatory steps in 2013 to investigate whether the business was feasible.

In contrast, the court found the Respondent's evidence amounted to continuous and consistent use in the course of trade from 2013 under the business name 'Black Sheep Bistro'. The court held that trading revenues, reviews, articles and promotional activities undertaken demonstrated that the respondent had a strong reputation in the Denversian Mark at the relevant date.

The marks in question must be the same or substantially identical

The court held that the DL Mark and the Denversian Mark were not substantially identical for the purpose of s58 of the Act. The court made clear that the DL Mark comprised of stylised text where the K in the word black, and the S in the word sheep connected to form the outline of a sheep, and this element of stylisation formed an integral, necessary and essential part of that mark. Therefore, the court held that when the two marks were compared side-by-side the total impression that emerged is one of dissimilarity.

Availability of s58A as grounds for oppositions

The court held that in order to oppose a trade mark registration on the basis of prior use of a similar trade mark under s58A of the Act, an applicant's mark must have been accepted under s44(4) of the Act on the basis of first and continuous use of the mark. Because the Applicants could not establish first actual use of the DL Mark, and the DL Mark was accepted under s44(3), not s44(4), the Applicants failed in their opposition under s58A.