On 12 November 2020, the government introduced into Parliament the Financial Sector Reform (Hayne Royal Commission Response) Bill 2020. After several months of delay due to COVID-19, the Bill implements a large number of the Hayne Royal Commission recommendations, and in particular picks up several of the recommendations that are aimed at reforming the insurance sector.

A number of the Hayne Royal Commission recommendations were targeted towards how insurance products are sold, particularly bundled products (for example, where an insurance product is sold as an 'add-on' to another product or service), sales resulting from 'unsolicited contact', and ASIC's new power to place a cap on car dealer commissions . As expected, claims handling and settling activities will be the newest 'financial service' to be regulated under the Corporations Act 2001 (Cth) (Corporations Act), and there are a host of other new restrictions around terminology and reliance on existing processes for anti-avoidance and the duty of disclosure.

Overall, a lot of work lies ahead for insurers who will need to examine their existing sales models and back office processes and make adjustments as needed. In some cases, those existing sales models may no longer be viable, particularly where it is not possible to build in a deferred sales model or where real-time conversations that amount to 'unsolicited contact' cannot be avoided.

Schedule 3 of the Bill will amend the Australian Securities and Investments Commission Act 2001 (Cth) (ASIC Act) to introduce an industry-wide ‘deferred sales model’ (DSM) for the sale of add-on insurance products. The DSM is a new concept for the insurance industry, and addresses recommendation 4.3 of the Hayne Royal Commission. That recommendation sought to ensure customers are given ample time to make rational, informed purchasing decisions when it comes to add-on insurance products.

As expected, Schedule 3 will come into effect alongside the new anti-hawking provisions (with commencement being 'immediately after' the commencement of those changes on 5 October 2021).

The DSM put forward in the Bill remains substantially the same as originally proposed under the Exposure Draft released in January. The reforms are aimed at the sale of ‘add-on insurance products’, which are broadly defined as contracts of insurance which manage a financial risk offered or sold to a consumer in connection with the consumer’s acquisition of a principal product or service.

At a high level, the new laws will prohibit the sale of add-on insurance products for four days after a consumer has purchased the principal product or service. The definition of 'add-on insurance product' and the general prohibition on sales during the deferral period are largely unchanged from the Exposure Draft released in January 2020, although the Bill more clearly distinguishes between the two types of sales that are caught - being offers made in the deferral period, or where the customer has opted-out.

Insurers will need to identify which products are sold as a secondary product, and consider whether an exclusion applies and, if not, how the deferral period requirements can be complied with. Insurers will need to consider how these provisions are implemented alongside existing processes, including cooling-off periods, and in cooperation with others involved in the sales process, such as brokers. From a practical perspective, issuers and distributors of these products will also need to think about how the deferral period is explained to the customer in a way that makes sense.

A new consumer remedy has also been introduced, with customers having a right of return or refund where the product is sold in contravention of the provisions. This remedy brings the DSM into line with the anti-hawking provisions, discussed below.

Schedule 5 of the Bill deals with the Government's proposal to introduce a general ban on the hawking of financial products to retail clients in response to recommendations 3.4 and 4.1 of the Hayne Royal Commission. Broadly speaking, the new rules will consolidate the existing hawking prohibitions in the Corporations Act into one general prohibition with limited exceptions.

Once enacted, it will be an offence to offer a financial product for sale, issue or transfer in the course of, or because of, 'unsolicited contact'. This is defined as any contact in connection with a financial product which a consumer has not consented to, and which is made by telephone, in a face-to-face meeting or in 'any other real time interaction in the nature of a discussion or conversation'.

This definition is different to the one initially put forward in the Exposure Draft in that the fairly vague concept of contact in a form 'that a reasonable person would consider creates an expectation of an immediate response from the other person' has been replaced with the more concrete concept of 'any other real-time interaction in the nature of a discussion or conversation'. This makes it clear that emails and other such communications are clearly not caught by the ban.

The concept of 'consent' is also a new one, replacing the somewhat difficult requirement to show that the customer had 'requested' the contact. We think establishing 'consent' is likely to align more closely with existing market consent processes.

There is an exemption for financial advisers who are required to act in the client's best interests. Other exemptions will be provided through regulations. The anti-hawking provisions are also intended to work alongside the DSM, so that generally, a sale caught by the DSM won't also be caught under the anti-hawking ban.

The Exposure Draft was released in January this year, with the proposals initially planned to take effect from 1 July 2020. The Bill includes a new start date of 5 October 2021. The later commencement date should be a welcome delay for businesses impacted by the new ban, given the amount of work anticipated to restructure sales to comply with both the anti-hawking and DSM provisions to be made by Schedule 3.

Caps on Commissions for the sale of add-on risk products

Car insurers will also need to review existing sales models to ensure the commission received by car dealers who sell 'add-on risk products' does not exceed any cap introduced by ASIC. Schedule 4 of the Bill allows the ASIC Act to give ASIC this power, and the rules will take effect on 1 January 2021 (or the date of Royal Assent, if later). The value of the cap is not yet known and will be set by ASIC once the legislation commences.

The changes should not come as a surprise to the insurance industry, as   most participants know the Hayne Royal Commission found  the level of commissions paid to car dealers in connection with the sale of add-on insurance contributed to the mis-selling of those products. The changes are largely as proposed under the Exposure Draft, with just some minor changes to the definition of 'motor vehicle'.

As anticipated, the handling and settling of insurance claims will become a 'financial service' under the Corporations Act from 1 January 2021 (or the date of Royal Assent, if later). These provisions are dealt with under Schedule 7 of the Bill, and are in response to recommendation 4.8 of the Hayne Royal Commission.

The definition of the new financial service remains broad, and a person will provide a claims handling service if they:

Anyone within the scope of the new provisions who provides these services to an insurer or an insured will need to apply for authorisation under their Australian financial services licence, or otherwise become an authorised representative of a licensee who is authorised to provide these services. This will likely cover insurers, 'insurance fulfilment providers' (such as tradespersons with authority to reject all or part of a claim), insurance claims managers, insurance brokers and financial advisers.

A key change from the exposure draft is the extension of the licensing requirements to 'claimant intermediaries' acting in respect of prescribed products. This means in some cases, persons representing people to pursue insurance claims will also need to apply for authorisation to carry on the business.

A transition period to enable compliance will apply until 30 June 2021, or until 31 December 2021 if an application is submitted to ASIC before 30 June and has not yet been determined.

Other changes that may impact existing processes

The Bill will amend the Insurance Contracts Act 1984 (Cth) to address recommendations 4.5 and 4.6 of the Hayne Royal Commission. This will see new rules relating to the avoidance of life insurance contracts, as well as a new duty of disclosure regime. Insurers will need to review processes relating to these changes to accommodate the new rules, particularly in relation to avoidance procedures as well as the questions asked and recorded during the sale of new policies.

In relation to the duty of disclosure regime, the existing rules will be replaced with a duty to take reasonable care not to make a misrepresentation in relation to 'consumer insurance contracts', which is a broader set of products than 'eligible contracts of insurance' where the duty currently applies. Again, insurers will need to consider what changes will be needed to ensure the right information is collected from the customer when the policy is sold, both in terms of the questions asked and how they are presented. The provisions will apply to contracts entered into (and in some cases varied) on or after 5 October 2021, unless the insurer opts in earlier.

Finally, the Bill will introduce new restrictions on the use of the term 'insurance' or 'insurer' – Schedule 6 will amend the Insurance Act 1973 (Cth) to include a strict liability offence for inappropriately using these terms, which will apply from 1 January 2021 (or Royal Assent, if later). We do not expect this change to have a significant impact on insurers. Those providing risk management products that are similar to insurance, should review how the products are described to ensure these restrictions are not breached.

Earlier this year, the Government consulted on an exposure draft Bill that was intended to give effect to a number of recommendations arising from the Royal Commission into Misconduct in the Banking, Superannuation and Financial Services Industry (Royal Commission). 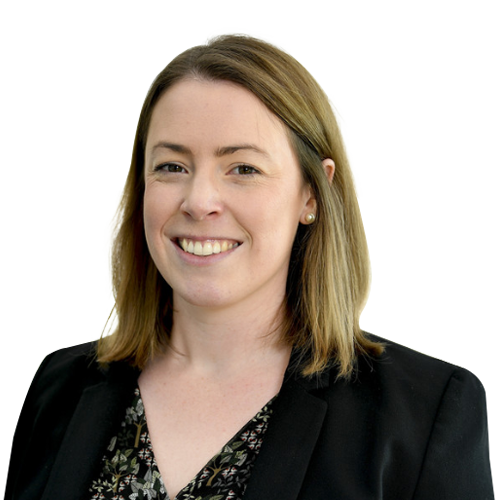