In an effort to defend its handbag using copyright protection, State of Escape argued that the bag was a work of artistic craftmanship. This article reflects on Justice Davies' decision and highlights some important takeaways for businesses operating in the creative and design space. 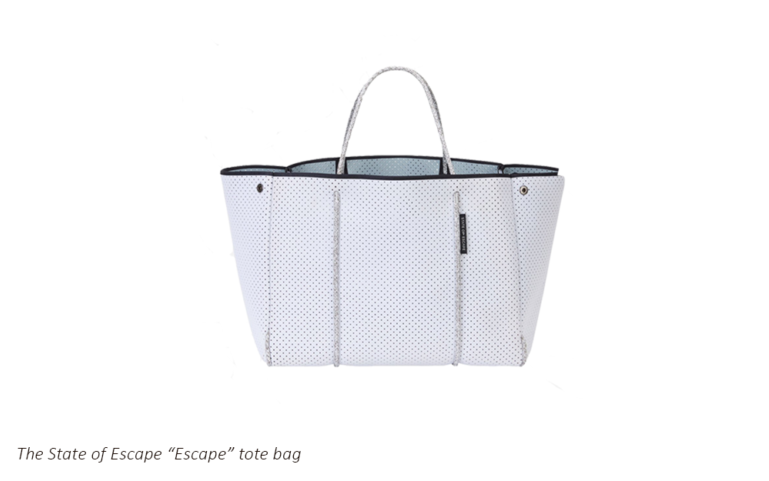 The bag was created by State of Escape's director Brigette MacGowan in 2013, and any copyright subsiding in these bags was assigned to State of Escape. Chuchka produced similar neoprene bags from 2015. In 2018, State of Escape brought proceedings against the company and its director for infringement of copyright, the tort of passing off and misleading and deceptive conduct under the Australian Consumer Law.

Sections 74 to 77A of the Copyright Act 1968 (Cth) prevent dual protection under copyright and design law in Australia. In particular, section 77 dictates that if a work is industrially applied, copyright protection may be lost and the work must, instead, be registered as a design to attract IP protection. Relevantly, this does not apply where a work is 'a work of artistic craftsmanship'. This requires the work to be an artistic expression, unconstrained by functional considerations. The rationale for this is to ensure that products that are essentially functional and mass produced should not be protected by copyright. The net effect of this copyright / design overlap rule is that, absent a design registration, protection is rarely available. Designers are left with the small gateway of artistic craftsmanship through which to drive their IP coach. This high threshold plays an important role in encouraging businesses to file for design registration and limit reliance on copyright protection for works such as the Escape Bag.

A work of artistic craftsmanship?

Ms MacGowan's evidence explained that she made specific artistic choices when designing the Escape Bag in 2013, including sewing the ropes to the bag instead of gluing them, stopping raw edges from fraying, and reinforcing pressure points under press studs and rope entry points. State of Escape's expert regarded the overall creation as unique.

Justice Davies referred to the High Court authority of Burge v Swarbrick [2007] HCA 17 in assessing whether the Escape Bag was a work of artistic craftsmanship. Her Honour considered the visual and aesthetic appeal of the bag, compared its functionality and commented that, ultimately, the assessment 'turns on the extent to which the Escape Bag's artistic expression, in its form, was unconstrained by functional considerations'. Justice Davies concluded that functionality was at the centre of the bag's design, noting, for example, the sailing ropes used for handles and press studs used to change the shape of the bag. The design was deemed a mere 'evolution in styling'. Her Honour commented that it was 'undoubtedly a work of craftsmanship but [was] not persuaded that it is a work of artistic craftsmanship, notwithstanding its aesthetic and design qualities'. Accordingly, the bag was not afforded copyright protection.

Passing off and ACL

Justice Davies rejected State of Escape's passing off claim. Her Honour acknowledged similarities between the designs but could not conclude that consumers would have been confused between the products. Her Honour noted that at the cost of between $299 and $329 for the Escape Bag, and $109 for Chuchka bag, neither bag would be an impulse buy and a consumer would likely assess the product before purchasing it.

Justice Davies did however find that State of Escape established its claim that Chuchka's promotional statements were misleading and deceptive. The main claims in issue were that Chuchka's bags were 'entirely Australian designed', of 'bespoke style', 'the classic original tote' and that 'Chuchka is home to the famous neoprene tote'. Chuchka, in fact, admitted to making these representations and accepted that they were misleading. While Chuchka did not oppose the grant of declaratory relief and undertook not to use misleading marketing taglines in the future, it opposed State of Escape's request for injunctive relief. The court's reasons and decision on relief and costs can be found in State of Escape Accessories Pty Limited v Schwartz (No 2) [2020] FCA 1778.