The Parliamentary Joint Committee on Corporations and Financial Services (the Committee) has completed its inquiry into litigation funding and the regulation of the class action industry and released its much-anticipated final report earlier this week.

The Inquiry received 101 submissions and conducted a series of public hearings involving representatives from industry, law firms and academia. Allens made a detailed submission to the Inquiry, which is summarised here. Our summary of the key themes arising from the public submissions and regulatory developments since the Inquiry commenced is available here.

The Committee considered that the concerns raised about the current state of Australia's class action regime in the submissions and public hearings were well-founded.

In July 2020, the Federal Government introduced regulations requiring litigation funders operating in Australia to hold an Australian Financial Services Licence (AFSL) and comply with the Managed Investment Scheme (MIS) regime under the Corporations Act 2001 (Cth) (Corporations Act). You can read more about these changes here. While the Committee endorsed these changes, it recommended that there be a legislated fit-for-purpose MIS regime tailored for litigation funders, which is consistent with our submission.

However, the Committee pointed out that other critical matters remain unaddressed, including the appropriateness of the fees charged by litigation funders and whether the interests of group members are being served by the current regulatory environment.

It has been Allens' position for some time that regulation of the litigation funding industry is required due to increasing concerns that the entrepreneurial nature of class actions is leading to conduct that appears to prioritise the interests of lawyers and/or litigation funders over group members.

We therefore welcome the following recommendations from the Committee:

Lifting of the ban on contingency fees

We submitted that lifting the ban on contingency fees would be a significant and unwelcome development for the profession, the class actions regime and the legal system as a whole.

During the course of the Inquiry, Victoria became the first and only jurisdiction in Australia to permit lawyers for the representative plaintiff in a class action to charge for legal costs on a 'contingency fee' basis. We reported on that development here.

The Committee recommended a 'measured and steady' approach to the use of contingency fees in class actions, noting it was not persuaded that the ability of lawyers to bill plaintiffs and group members on a contingency fee basis would lead to reasonable, proportionate and fair outcomes.

Ultimately, the Committee did not recommend the wholesale prohibition of contingency fee arrangements. Rather, it recommended that the Federal Court be conferred with exclusive jurisdiction for all class action claims arising under the Corporations Act and the Australian Securities and Investments Commission Act 2001 (Cth). If this recommendation is implemented, class action plaintiffs seeking to bring proceedings under that legislation (which are primarily shareholder class actions) could only file in the Federal Court, where contingency fee arrangements are not available.

Further, the Committee recommended that the Federal Government investigate the feasibility of applying financial services regulation (to which litigation funders are now subject) to lawyers operating on a contingency fee basis. The Committee observed that, since a law firm billing on a contingency fee basis is offering both a legal service and a funding service, they ought to comply with the regulatory obligations imposed by the AFSL and MIS regimes.

We submitted that common fund orders (which require all group members to contribute equally to the costs of the proceeding, regardless of whether they have signed a funding agreement) and similar arrangements should not form any part of Australia's class action regime, and oppose any legislative intervention that would alter the recent decision of the High Court in Brewster1 that there is no power to make such orders under s33ZF of the Federal Court of Australia Act 1976 (Cth) (Federal Court Act) and s183 of the Civil Procedure Act 2005 (NSW).

In Brewster, the High Court held that courts did not have the power to make common fund orders at an early stage of a class action proceeding. However, there has been some discussion about whether the decision precludes a common fund order being made at the settlement or judgment stage.

The Committee acknowledged that common fund orders have both positive and adverse impacts on the operation of the class action regime and litigation funding industry. It noted that the uncertainty in recent years concerning the availability of common fund orders may have led to increased costs.

Ultimately, however, the Committee did not recommend the prohibition of common fund orders, but recommended that the Federal Government legislate to address uncertainty in relation to the availability and application of such orders. The Committee indicated it would be supportive of common fund orders being made at settlement or following judgment.

We welcome the Committee's recommendation, which mirrors the suggestion made in our submission, that the Federal Court Act be amended to provide the Federal Court with an express power to make class closure orders, which the Committee proposes to be modelled on s33ZG of the Supreme Court Act 1986 (Vic) (which expressly permits the making of an order requiring group members to take a positive step, such as responding to a class closure notice, before receiving any benefit from a judgment or settlement).

We have long supported a review of Australia's continuous disclosure regime and the private rights of action arising from a possible breach. The temporary changes to continuous disclosure laws implemented as part of the Corporations (Coronavirus Economic Response) Determination (No. 2) 2020 are a welcome step in the right direction. You can read more about these changes here.

We welcome, as a starting point, the Committee's recommendation that these temporary changes be made permanent. We feel that these changes will benefit shareholders and improve the efficacy of the class action regime, as well as discourage the bringing of speculative claims.

However, we would support the Government implementing more wide-ranging and comprehensive reform in this area, including with respect to the fault elements (which still include negligence in addition to knowledge and recklessness), exposure to criminal liability, and exposure to civil liability for misleading or deceptive conduct.

National consistency for all class action regimes in Australia

The Committee recognised the importance of achieving jurisdictional consistency where appropriate, including in order to reduce 'forum shopping'. It recommended that the federal, state and territory governments work towards achieving consistency in their class action regimes.

Other recommendations of interest include that:

Overall, the Committee's recommendations bring a much-needed dose of clarity and an appetite for a rebalancing of the relationship between different participants in Australia's class actions regime, with greater certainty for class action defendants a likely outcome in the event that the recommendations are received positively by the Federal Government.

We will continue to monitor both the Government's and the Opposition's response to the report and any consequent legislative and policy developments in the class actions space over the coming months.

Allens has advocated for reform to the class action regime for many years, including by way of submissions to inquiries conducted by the Australian Law Reform Commission and the Victorian Law Reform Commission. We have made a detailed submission to the current inquiry in which we outline our concerns regarding the increasingly entrepreneurial direction of Australia's class action landscape and advocate for (and against) various reforms. These include submissions for permanent reform to Australia's continuous disclosure regime and against the removal of the prohibition on contingency fees. 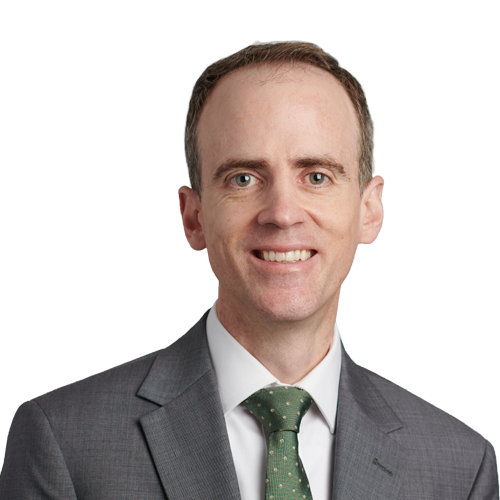