What the review means for responsible entities

Similar to the earlier Corporate Governance Taskforce report released in 2019 which focused on director and officer oversight of non-financial risk in large financial services companies, the Report has been prepared as a tool for the boards of responsible entities to assess their own governance frameworks and to identify any issues. The underlying themes of the Report and the focus of ASIC's review are on the following:

Unfortunately, ASIC does not provide renewed guidance in the Report on what it considers to be the best framework for managing such conflicts of interest (noting that RG 181 Licensing: Managing conflicts of interest was issued in 2004), and it appears it was beyond the scope of the report for ASIC to provide nuanced recommendations tailored to the different kinds of conflicts that responsible entities may encounter depending on their structure (for example, the types of conflicts to be managed by a third party professional responsible entity with an external manager differs significantly to those faced by a responsible entity who has appointed another group entity as the manager, which differs again for an internally managed stapled responsible entity). That said, ASIC does pose questions for responsible entities to ask themselves in respect of each governance area covered in the Report. ASIC's Corporate Plan notes that there will be a further targeted analysis of the concerns identified in the review, which leaves room for the possibility of a further publication which may shed more light on ASIC's expectations.

ASIC did not comment on whether it considered a particular board composition to be optimal.

ASIC did not say what it considers to be an appropriate tenure for a director. However, it notes that a short tenure might indicate instability but an unreasonably long tenure might suggest a lack of independence and insufficient diversity of perspectives.

ASIC's focus was the number of external commitments each director had (including to organisations in the same corporate group) and the average number of days the director spent on those external commitments. The Report notes that the Corporations Act does not expressly restrict a director from holding other commitments but an RE should ensure that its directors are not overly committed with other business roles as there is a risk that they will not have sufficient time to carry out their duties as an officer of the RE.

Board meetings and committees

ASIC considered the frequency of board meetings and board committee meetings (eg audit and risk committee, due diligence committee).

The Report states that for an RE board to function effectively, it should meet frequently enough to ensure it can perform its role and be adequately supported by board committees.

Board performance reviews and skills assessment

ASIC reviewed the frequency of board performance reviews and skills assessment and the processes in place for such reviews and assessment (including whether there were established processes and whether the party conducting the review was independent of the board). The obvious focus here is on independence and ASIC notes that the utility of board performance reviews and skills assessments depends on such reviews being evidence-based and carried out with objectivity.

ASIC was particularly interested in REs that engage other entities within a group structure and noted that eight of the ten REs surveyed obtained all of their staff resources from other entities in the same corporate group - these eight REs did not employ their own staff.

ASIC considered the extent to which REs delegated material functions and whether such delegations and reporting arrangements were documented. Again, ASIC has posed a question to REs on whether there are adequate arrangements in place to deal with conflicts of interest, particularly where the delegate is a related party.

ASIC notes that a related party transaction raises the question of whether the transaction is in the best interests of the members and whether the RE has adequately dealt with the conflict of interest.

The Report notes that the processes that an RE has in place to monitor related party transactions will be relevant to whether the RE is complying with its member approval requirements, duties under the Corporations Act and whether the RE has adequate protocols for the management of conflicts of interest.

Use of independent experts

ASIC considered the use of independent experts, and whether they were engaged by management, the board of the RE or others (in some instances, ASIC identified that related entities were in fact deciding on whether to engage experts or consultants).

ASIC was interested in observing compliance with s195 of the Corporations Act which provides that a director of a public company who has a material personal interest in a matter that is being considered at a meeting must not be present while the matter is being considered or vote on the matter (subject to certain exceptions). ASIC observed a wide variety of practices and compliance (and potential non-compliance) with this obligation. In particular, it queried whether REs that have on their boards staff from within the corporate group, considered how best to manage any potential conflicts and ensure those staff understand that material personal interests arising from the group context could be relevant to their role as a director of the RE.

ASIC considered whether an RE had a compliance committee, whether a compliance plan was incorporated by reference, and the types of group policies that were adopted by an RE. 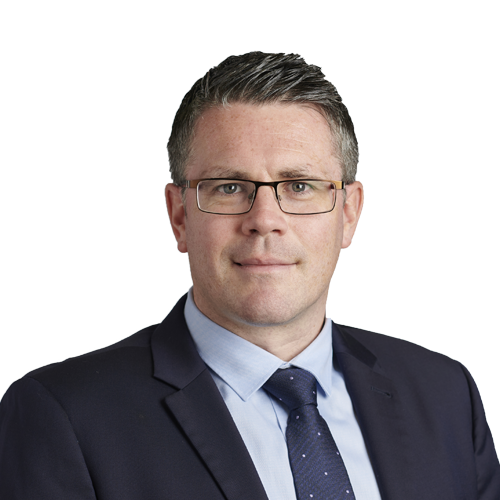