The final anticipated amendments to the Security of Critical Infrastructure Act 2018 (Cth) (the SOCI Act) have been passed in the nick of time, making their way through the Senate in its last sitting before the 2022 Federal Election. Supplementing the phase one government assistance measures and positive security obligations passed in November 2021, these latest amendments introduce new and enhanced obligations for risk management programs and security respectively, and the concept of ‘systems of national significance’. They also expand the SOCI Act to regulate various entities that previously weren’t captured.

Who in your business needs to know?

Legal, Board of Directors, Delivery and Compliance teams, IT and Information Security.

Overview of SOCI Act Reforms and Phase One

Following the reforms, the SOCI Act now applies to 13 critical infrastructure sectors1 and captures 22 classes of critical infrastructure assets,2 representing a significant expansion in the regime's scope. Expanded definitions under the SOCI Act also mean that more entities will be considered 'national security businesses' under the Foreign Acquisitions and Takeovers Act 1975 (Cth).

The 'last resort' assistance powers are effective from December 2021. These provide the Government with three key powers it can exercise, in limited circumstances, when a cybersecurity incident is affecting a critical infrastructure asset. Broadly speaking, the Government can now:

There is now a very broad obligation to notify data storage and processing service providers when their services relate to 'business critical data'.3

Even though the SLACI Act received royal assent, each of the new positive security obligations (set out below) must be 'switched on' by the Minister of Home Affairs before they apply to new entities.4 In other words, these obligations will not apply to new entities captured by the SOCI Act until applicable rules are issued, switching each obligation on for certain asset classes.

On 8 April 2022, the Application Rules were published and registered. They switch on the mandatory cyber incident reporting obligations for numerous responsible entities of critical infrastructure assets. The obligations commence on the later of:

Various critical infrastructure asset categories specified in the Application Rules will be required to comply with the cyber incident reporting requirements once they commence in July.5

The obligation to register details in the Register of Critical Infrastructure Assets previously applied (under Part 2 of the SOCI Act) to electricity, gas, ports and water and sewerage assets. The reforms extend the existing reporting requirements to some of the new critical infrastructure asset classes.

The register is managed by the Cyber and Infrastructure Security Centre, and the obligation requires reporting entities, either direct interest holders or responsible entities of relevant critical infrastructure assets, to provide interest, control and operational information to the centre.6 Notably, the register is not publicly accessible and this obligation must also be switched on for newly affected entities.

The Application Rules will switch on the registration obligations for 13 categories of critical infrastructure assets.7 They commence on the later of:

The SLACIP Act introduces the final component of the 'positive security obligations' for responsible entities (risk management programs), as well as enhanced obligations that apply to 'systems of national significance'. These measures make up phase two of the SOCI reforms.

The obligations under the SLACIP Act are substantially similar to those introduced under the 2020 SOCI Bill (discussed in our previous Insight), but some additions and refinements have been made as a result of public consultation over the past 12 to 18 months and the various PJCIS referrals.

Certain responsible entities will be required to implement and maintain a Risk Management Program that manages and mitigates prescribed risks associated with their critical infrastructure asset. Initially, the Government had intended for the obligations to be set out in the sector-specific rules. However, following public consultation and the PJCIS's March 2022 Advisory Report, the Government has confirmed that it intends to release a single set of principles-based rules that will apply across all relevant sectors.

Once these obligations are switched on, responsible entities will be required to adopt and maintain, comply with, review regularly, and take all reasonable steps to keep up to date a Risk Management Program. It must:8

Regulated entities will also need to report annually on their risk management program.

The new provisions let the Minister create rules in circumstances when an entity is responsible for more than one critical infrastructure asset. This makes the rules flexible and adaptable to the business processes and environment of each responsible entity. Further, the addition of provisions allows for industry-accepted documents to govern best practices for cybersecurity.10 These documents will be the accepted guidance materials when designing risk management programs, with potential for the Minister to declare further documents as the industry requires.

Some exemptions have been implemented, including for entities with an existing certified digital certification framework and those authorised by the Minister, although these entities will still have annual reporting obligations under Part 2AA of the SOCI Act.

The SLACIP Act has also introduced enhanced cybersecurity obligations for assets nominated by the Minister as having the highest criticality – 'systems of national significance'.

These enhanced security obligations require close partnership between responsible entities and government, and introduce obligations to:

Systems of 'national significance' (Part 6A)

The Minister may privately declare a particular critical infrastructure asset to be a system of national significance. Before declaring this, the Minister must consult with the responsible entity and consider the potential consequences for the social or economic stability of Australia (and its people), and national security.

Businesses that have been following these reforms, or uplifting their practices based on the SLACI Act obligations and definitions that were introduced last year, should be aware that the SLACIP Act amended a number of definitions as a result of further public consultation and PJCIS recommendations. The new amendments have:

The Government likely introduced these changes in response to feedback received on the scope for varying interpretations of these terms. That said, the proposed amendments may not completely resolve industry concerns, particularly concerning the definition of 'data processing services'. Even amended, the expression may have unintended consequences, as it’s still likely to capture a very broad range of services. Given the indications to date that the Government intends to liaise with the industry to achieve workability and compliance, we hope further rules have increased clarity.

In addition to these definitional changes, the SLACIP Act has also:

The Parliamentary Joint Committee on Intelligence and Security has recommended the proposed Security Legislation Amendment (Critical Infrastructure) Bill 2020 be separated into two Bills. The first Bill would implement the Government's expanded powers, while industry consultation continues regarding elements of the second Bill. 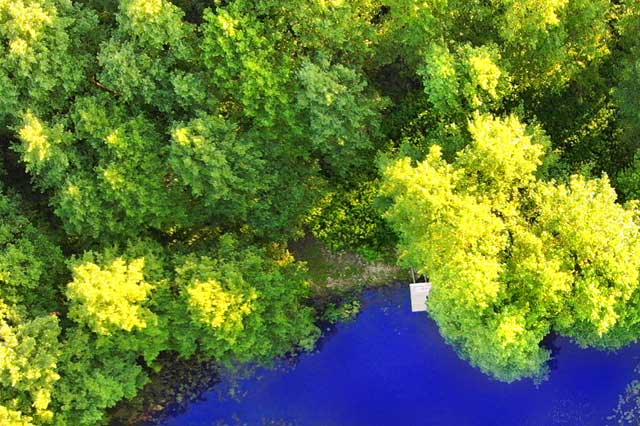