The Supreme Court of New South Wales has given further guidance on the scope of its power to grant leave to a deed administrator to compulsorily transfer the shares of a company. The decision, in the matter of Nexus Energy Ltd (subject to deed of company arrangement) [2014] NSWSC 1910, confirms that this can be done where the transfer does not 'unfairly prejudice' shareholders. This case involved the novel context of an insolvent ASX-listed parent company with solvent operating subsidiaries. Partner Kim Reid and Associate Thomas Bagley report.

From at least 2013, the Nexus Group was in financial distress. Its 2013 accounts recorded a net deficiency of current assets of approximately $47 million. In February 2014, the Seven Group made a conditional proposal to acquire Nexus' shares at 5¢ a share. The Nexus board also made efforts to explore refinancing and other alternatives. The following then occurred:

The deed administrators sought an order under s444GA, granting them leave to compulsorily transfer Nexus' shares to SGH2. The court application was supported by the Seven Group and various creditors, while a core group of shareholders attempted to oppose the grant of leave.

Section 444GA provides that a deed administrator may transfer shares in a company with the consent of the owner of the shares or leave of the court. The court may grant leave only if it is satisfied that the transfer 'would not unfairly prejudice the interests of the members of the company'.

The NSW Supreme Court granted leave under s444GA. It reiterated the key statements of principle that:

The deed administrators said that the proposed transfer was not unfairly prejudicial to shareholders because:

The court preferred the expert evidence put forward by the deed administrators. On that basis, the shares had no residual value, and the court was satisfied that the transfer would not unfairly prejudice the interests of shareholders.2

The decision builds on the earlier decision in Mirabel Nickel by providing guidance in relation to:

It shows that, although the court has an important role to play in safeguarding the procedural and substantive interests of shareholders, shareholders may face practical difficulties in resisting applications made by deed administrators in certain circumstances.

The parties accepted that:

A key issue was whether the deed administrators were required to meet a legal onus at a heightened civil standard.3 The court rejected the shareholders' submissions that s444GA(3) was extraordinary and that Parliament did not intend for the disposal of shares without adequate compensation. It refused to apply this heightened standard to the deed administrators' application. Instead, it held that 'unfair prejudice' needs to be considered in the context of the purposes of Part 5.3A of the Corporations Act (which is focused on maximising returns for creditors) rather than with a single-minded focus on the interests of shareholders.

The question of 'unfair prejudice' was complicated by the fact that a winding up of Nexus would not necessarily have that consequence for its two key operating subsidiaries. None of the previous cases to consider s444GA involved a situation like Nexus where:

In this case, Nexus and its subsidiaries had avoided insolvency by the terms of the funding deal between NIH and the deed administrators. Given the level of Nexus' debt and current assets, the court held that it was almost inevitable that Nexus would go into liquidation at a further meeting of creditors if the DOCA had failed. Although it did not follow that the operating subsidiaries would go into liquidation, the evidence showed that:

Integrity of the sales process

A complaint made by the shareholders related to the relationship between Nexus and Seven (including the presence on the Nexus board of the managing director and chief executive officer of an entity within the Seven Group and Seven's position as a third-party lender) and the alleged impact that relationship had on the integrity of the sales process.

The court accepted that, in some cases, the influence of a secured creditor over the sales process, including the time available, might lead a court to conclude that it should decline to approve a transfer of shares under s444GA in the exercise of its discretion. However, the court found that the sales process here was not tainted by Seven's influence because it was commenced:

The court also rejected a number of allegations made by the shareholders, particularly the assertion that NIH 'caused Nexus to become insolvent'. It held that there was no evidence to support this allegation. Nexus had been likely to become insolvent for a considerable period of time because of its substantial financial commitments in relation to Longtom and Crux, and the fact that its only income (from Longtom) had been disrupted by disputes and other difficulties.

While the immediate cause of Nexus' insolvency was NIH's actions following the failure of the scheme of arrangement, there was no reason to assume that any lender would have provided ongoing support for an indeterminate period in the absence of a demonstrated ability to pay debts.

The decision is a reminder that, while care should be taken to ensure that any sales process is appropriate, time constraints imposed by limited funding arrangements are relevant to the grant of leave for the transfer of shares under s444GA. 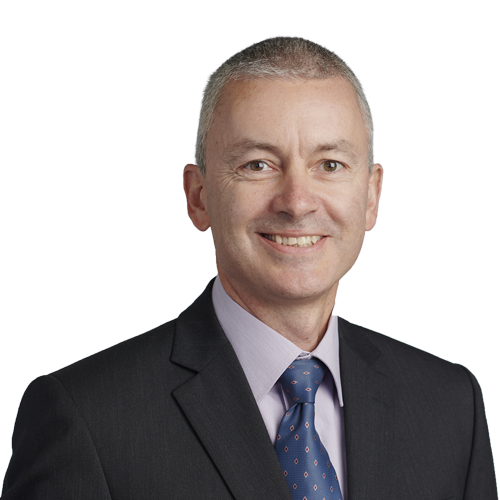