What do they mean for you? 13 min read

The 4th edition of the ASX Corporate Governance Principles and Recommendations focuses strongly on the link between culture, values and community expectations, consistent with the themes that emerged from the Royal Commission. Entities should start to take steps now to address the new and revised principles and recommendations. Partners Kate Towey, Robert Pick and Associate Isaac Wall report.

On 27 February 2019, the ASX Corporate Governance Council (the Council) released the final version of the 4th edition of the ASX Corporate Governance Principles and Recommendations (the 4th edition). The 4th edition follows the release by the Council of a Consultation Draft (the Consultation Draft) on 2 May 2018, and a consultation period that closed 27 July 2018. One hundred and two submissions were received from a broad range of stakeholders. The Consultation Draft included 38 recommendations – an increase from the 29 recommendations included in the 3rd edition. Notably, in the intervening period, the Royal Commission into Misconduct in the Banking, Superannuation and Financial Services Industry (the Royal Commission) concluded. The themes evident in the Consultation Draft echoed those of the final report produced by the Royal Commission: increased focus on community expectations, a declining level of trust in business, the importance of culture and values, and their link to governance and reputation.

Listed entities are required to report on how they follow each recommendation, or give an 'if not, why not' explanation of the reasons for not following them. The Principles are also a helpful tool for non-listed entities to use as a benchmark for their governance practices.

Eight of the nine recommendations in the Consultation Draft have been included in the final version. The 4th edition includes a strong focus on the link between culture, values and community expectations, consistent with the themes from the Royal Commission. Notably, however, the expression 'social licence to operate', which received significant attention following the release of the Consultation Draft, has not been adopted by the Council. Rather, the 4th edition includes references to 'reputation' and 'standing in the community', which the Council considers to be synonymous in concept.

Overall, the 4th edition reflects the ASX Corporate Governance Council's view that it is imperative that listed entities align their culture and values with community expectations, to help address a declining trust in business so as to build long-term sustainable value for their security holders.

Given the cross-over between these recommendations and other recent or expected legislative changes, we recommend that listed entities start to take steps now – if they have not already done so – to prepare to address the 4th edition principles and recommendations, including by reviewing or drafting their statement of values,3 code of conduct, diversity policy, whistleblower policy, and anti-bribery and corruption policy and compliance program (taking into account the recommendations regarding increased policy disclosure). Entities should also review their escalation processes to ensure material issues are brought to the board's attention.

Principle 3 – Instil a culture of acting lawfully, ethically and responsibly

The 4th edition retains the same eight core principles of the 3rd edition, with significant changes to Principle 3 to provide that 'a listed entity should instil and continually reinforce a culture across the organisation of acting lawfully, ethically and responsibly'. The themes of culture and social responsibility, and their link to long-term value, are front and centre. The Council has expressly linked the themes of the 4th edition with the outcomes of the Royal Commission, and has quoted Commissioner Hayne in the Consultation Response and the 4th edition itself.

The specific recommendations under Principle 3 include having and disclosing:

The 4th edition recommends all such policies to be disclosed in full, rather than having the option of disclosing only a summary of such policies.

The 4th edition also recommends that material breaches of the policies should be reported to the board, as they may be indicative of issues with the culture of the organisation. These recommendations are consistent with the Royal Commission findings, which emphasise the importance of the link between board effectiveness and receipt of the right information. Additional commentary to recommendation 1.1 states that the board of a listed entity should be responsible for, among other things, satisfying itself that an appropriate framework exists for relevant information to be reported by management to the board and, whenever required, challenging management and holding it to account. A footnote to that commentary quotes Commissioner Hayne in the final report: 'Boards cannot operate properly without having the right information. And boards do not operate effectively if they do not challenge management'.4

The 4th edition strengthens the link between remuneration and an entity's values and risk appetite. The commentary to recommendation 8.1 (which addresses the structure of an entities remuneration committee or, if it does not have a remuneration committee, disclosure of the process for setting the level and composition of remuneration for directors and senior executives) now states that remuneration is a key 'driver of culture', and directly links remuneration to an entity's reputation and standing in the community. The link between remuneration and culture was central to the findings of the Royal Commission, and the Council has expressly acknowledged this by quoting Commissioner Hayne in a footnote to the recommendation 8.1 commentary.3 The 4th edition emphasises the need to avoid rewarding conduct that is contrary to an entity's values or risk appetite, and expressly suggests that an entity should retain discretion to prevent performance-based executive remuneration rewarding conduct that is contrary to the entity’s values or risk appetite.

It is pleasing to see that the level of commentary accompanying many of the recommendations in the Consultation Draft has been reduced, following concerns raised about the level of detail and prescription in the commentary, which was a marked departure from previous editions and did not accord with the objective of having a principles-based corporate governance framework. Notable reductions in commentary include:

No adoption of proposed recommendation regarding consultancy arrangements

Recommendation 8.4 of the Consultation Draft has not been included. Recommendation 8.4 stated that listed entities should only enter into an agreement for the provision of consultancy or similar services by a director or senior executive, or by a related party of that director or senior executive, if it had independent advice that confirmed, among other things, that the services were outside the ordinary scope of the director's or senior executive's duties, and if the entity disclosed the material terms of the relevant agreement to security holders. The Council decided not to proceed with including this recommendation after it received feedback during consultation that, among other things, it would be difficult, costly and burdensome to obtain the independent advice and that existing laws sufficiently cover the matters addressed.

Following the release of the Consultation Draft, many parties expressed concern with the concept of a 'social licence to operate' and, in particular, the absence of a definition of the phrase 'socially responsible manner' as used in the proposed revisions to Principle 3. Given the reaction, the Council's decision to exclude the concept of a 'social licence to operate' is not unexpected. It was also foreshadowed by the Chair of the Council, who stated, shortly after the release of the Consultation Draft, that the issue of social licence 'can be addressed in different terms, such as reputation, brand and trust'. This is the approach the Council ultimately adopted in the 4th edition, opting to use the terms 'reputation', 'standing in the community' and 'responsibly' instead. The Council sees the change as one of form, not of substance, and has noted that the concepts adopted are synonymous, but perhaps will be better understood and more consistently applied.

The adoption of many of the other recommendations in the final version of the 4th edition come as no surprise, following the successful introduction of legislation to amend the anti-bribery and whistleblowing regimes in Australia; the establishment of a modern slavery reporting requirement; the establishment of the Banking Executive Accountability Regime; the Australian Prudential Regulation Authority's report into the Commonwealth Bank of Australia; and, of course, the findings of the Royal Commission.

In particular, the Council has stated that it has considered the outcome of the Royal Commission in finalising the content of the 4th edition, and it has even gone so far as to quote the final report in a number of places in the 4th edition.

The 4th edition is one of the first formal embodiments of themes evident throughout the Royal Commission, and similar enquiries that have drawn links between culture, values and governance.

In preparation for the commencement date, listed entities will need to: 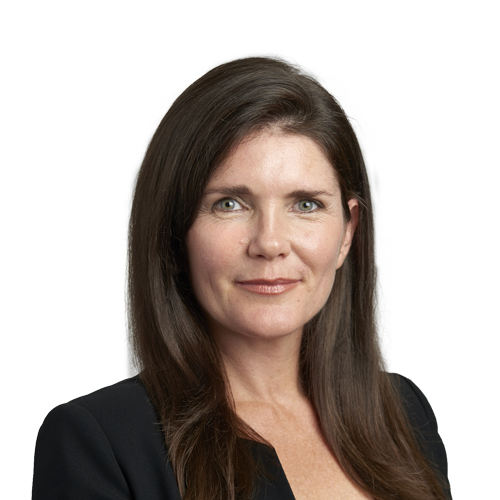