Is Australia's merger control regime really broken and is such significant change required?

Further to the summary of the ACCC's proposals we sent out on the day they were announced, here now is our deep-dive take.

We welcome an open and evidence-based debate regarding the need for reform in Australia and how best to achieve that reform. The ACCC has kicked off the debate by calling for a wholesale overhaul of our merger control regime. It is effectively saying that our system is broken and needs to be rebuilt.

We are not convinced the system is broken. We consider that the ACCC's proposals are an over-correction to address a problem that has not been demonstrated to exist. If implemented, the ACCC's proposals will substantially increase the regulatory burden on companies doing business in Australia and put Australia out of step with other jurisdictions.

This is just the start of a critical debate, and we encourage all those with an interest in doing business in Australia to participate.

The key elements of the ACCC's proposals would operate to:

In our experience, Australia already has an effective merger control regime. The ACCC is viewed as a formidable regulator. The ACCC is notified of deals that pose competition issues and, where the ACCC raises substantive competition concerns, deals are generally abandoned or restructured to address those concerns.

Over the period 2009-2020, the ACCC reviewed 3,453 mergers.1 Of these, 3,312 deals were not opposed (67 of these subject to remedies), 57 deals were opposed and 84 mergers were abandoned (often due to concerns raised by the ACCC). During this period, six deals were either determined by the courts not to substantially lessen competition or by the Australian Competition Tribunal to result in a net public benefit.2 Those were complex cases requiring a finely balanced competition assessment.

The ACCC's proposals appear to be motivated by a handful of court losses. The ACCC's track record, taking into account all deals reviewed, suggests to us that the system is not broken.

The ACCC has said it is conducting post-merger reviews and we keenly await the results of those reviews.

A mandatory clearance process is not necessary, however, if it is to be introduced it needs to be appropriately calibrated

Currently it is not mandatory to seek the ACCC's approval for a merger. This means little in practice. When a merger poses potential competition issues, parties notify the ACCC. Parties do this to avoid the uncertainty associated with the ACCC subsequently intervening in a deal and seeking court orders to prevent completion, unwind the deal or impose pecuniary penalties.

In our experience, the ACCC is not missing the opportunity to review the mergers that raise potential competition issues. Currently, the ACCC enjoys a broader jurisdiction to intervene in mergers than most competition authorities. Unlike its international peers, the ACCC's ability to intervene in a merger is not curtailed by revenue or market-share thresholds. Instead, it is a question of substance, which gives the ACCC the ability to review any transaction it considers raises concerns. A good illustration of this lies in the fact that, unlike some overseas jurisdictions, Australia did not need to amend its laws to capture acquisitions by 'Big Tech' players.

There are benefits of the current voluntary and 'informal' review system. A key benefit is that the ACCC only reviews deals that could pose competition issues. The ACCC and merging parties are not burdened by having to review 'no issues' deals that are caught by arbitrary jurisdictional thresholds. Another benefit of our current system is its flexibility. Under the informal review process there are no prescriptive information requirements or filing forms. The ACCC can quickly get to the heart of the competition issues while avoiding bureaucratic processes.

There are, of course, some drawbacks to our current process. The ACCC is not subject to statutory deadlines and this can create uncertainty for deal timetables. There is also a lack of transparency both as to the ACCC's views of a merger and the views expressed by market participants, except where the transaction is notified under the ACCC's formal merger authorisation process which affords greater transparency.

On balance, however, in our experience, the current process works well for the vast majority of deals. We are not convinced that it is necessary to introduce a mandatory and formal process.

A shift to a mandatory and formal regime would be a significant change, requring careful thought given to the following:

The ACCC proposes to place the onus on the merging parties by requiring them to seek the ACCC's approval for mergers that meet the jurisdictional thresholds. Further, the ACCC proposes that to clear a merger it would need to 'be satisfied that the proposed acquisition is not likely to have the effect of substantially lessening competition'.

This contrasts to the approaches in the UK where the Competition & Markets Authority (CMA) is required to assess whether the merger is likely to substantially lessen competition (or the EU where the European Commission is required to show a 'significant impediment to effective competition' in the common market) rather than be satisfied that the merger does not.

Currently, Australian law prohibits mergers that have the likely effect of substantially lessening competition. The definition of 'likely' is unsettled, but courts have interpreted it to mean a 'real chance'. To successfully oppose a merger, the ACCC needs to show that the merger has a 'real chance' of substantially lessening competition – not that the outcome is 'more probably than not'. This is a low threshold. It is arguably lower than the threshold applied in other jurisdictions such as the EU and UK.

The ACCC proposes to dilute the meaning of likely to 'a possibility that is not remote'.

Lowering the threshold necessarily means more mergers are likely to be opposed. By setting the threshold so low it is likely that deals will be opposed that, if consummated, would not have lessened competition. This will lead to over-enforcement and the loss of potentially beneficial mergers. It is a policy decision whether it is best for Australia to have a merger control regime that skews the test towards blocking mergers. We have not seen the evidence to support such a policy shift.

If the ACCC's proposal were to be adopted, Australia would be out of step with the rest of the world. Other advanced jurisdictions currently have higher legal thresholds:

It is not appropriate to adopt a stricter approach to merger reviews in Australia without demonstrating a need to do so. Adopting a lower threshold for opposition than our international peers will see deals blocked in Australia that are cleared by our overseas counterparts. That does not bode well for doing business in Australia.

In addition to watering down the definition of 'likely', the ACCC proposes to introduce a new provision under which mergers that would likely entrench, materially increase or materially extend substantial market power are deemed to be illegal.

We are not aware of any jurisdiction with an established competition regime that has a similar law. Deeming provisions have sometimes been used in countries when first introducing merger control. As those jurisdictions become experienced in assessing the effects of mergers, those deeming provisions tend to fall away. We saw this in Vietnam. Between 2004 and 2019, any merger that would lead to a market share of >50% was deemed to be illegal in Vietnam. In 2019, this rule was replaced by an effects-based assessment.

There are jurisdictions, such as the EU and a number of European Member States, that have regard to whether the merger would create or strengthen a dominant position, but this is done in the context of an overall assessment of the effects of the merger on competition.

An effects-based assessment should capture deals that lead to an entrenchment of market power. The ACCC is a very experienced authority capable of conducting effects-based analyses. A deeming provision is neither necessary nor appropriate for our merger control regime. It will create a two-tiered test, requiring merger parties to provide evidence as to why the deal is not likely to substantially lessen competition and will not entrench substantial market power. It is also likely to create an undue focus as to whether the merger parties have substantial market power. This will lead to detailed and expensive analyses as to market definition which have lost favour, with a preference given to focussing on the effects of a merger.

Currently, the court plays an important role in our merger control regime. It provides an important check and balance. The court is an important forum for forensically testing the facts and evidence to determine whether contentious mergers should be prohibited. It has also provided important jurisprudence on the scope and application or our merger laws.

The ACCC's proposal restricts the ability of the Tribunal to hear evidence from business people, as well as industry and economic experts. This is a significant shortcoming. Judges are experts at assessing the credibility of witnesses and determining the weight given to their evidence. Moreover, prohibiting evidence from representatives of the business – which can be so critical to understanding competitive behaviour and strategic plans – is likely to obscure the truth discovery process of the appeal.

Under the ACCC's proposal, the merger parties would be denied the opportunity to challenge the evidence put to the ACCC by market participants. Documentary evidence often provides important insights into how markets work and what the merger parties and others think of the deal. However, the ACCC's view of the market is also informed by submissions and other evidence obtained in the course of market inquiries.

The ACCC is advocating for a separate merger control regime to apply to acquisitions made by large digital platforms. The regime would have different jurisdictional thresholds, and a lower legal threshold for opposing mergers would apply. The ACCC has not released those details. Other competition authorities are debating whether their merger control regimes are fit for purpose for assessing big tech mergers. It is rare to put in place a separate rules for specific sectors. More details from the ACCC are required. That said, it is not clear how much further this aspect of the ACCC's proposals could dilute the standard for opposing mergers.

Removing the 'public benefits' test could have unintended consequences

Finally, the ACCC proposes to remove the option for parties to seek clearance on the basis that the merger leads to a net public benefit. This option is currently only available to parties seeking merger authorisation. It is true that this route has been rarely used and only three transactions have been reviewed under this process since it was reformed in November 2017. As we emerge from a pandemic and face existential threats such as climate change, a public benefits test may become an increasingly appropriate basis on which to assess future mergers.

ACCC seeks overhaul of Australia's merger regime: what you need to know

The Chairman of the Australian Competition and Consumer Commission (ACCC) Rod Sims outlined the ACCC's vision for a dramatic overhaul of Australia's merger review regime.

Merger reform has been on the agenda in Australia for some time, but the ACCC's proposal kicks off the debate in earnest. Here's what you need to know. 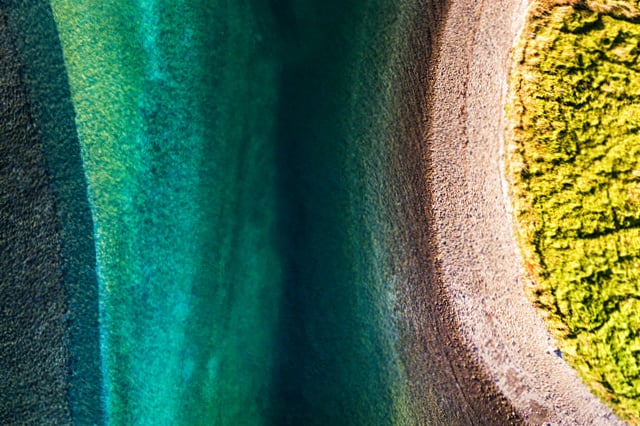