Determinations issued by the Office of the Australian Information Commissioner (OAIC) following two recent investigations against 7-Eleven and Clearview AI, reinforce a global trend of growing regulatory scrutiny of the use of facial recognition technology by private sector organisations, and follows Facebook's recent decision to shut down its facial recognition system.

While the facts underpinning the investigations were relatively different, both determinations:

Background to the determinations

From 15 June 2020 until 24 August 2021, 7-Eleven deployed facial recognition technology (provided by a third party) to obtain customer feedback in 700 stores across Australia. Tablets at the stores allowed customers to complete a voluntary survey about their experience, and took facial images both when the customer first engaged with the survey, and after completion for the purposes of matching survey results to understand customer demographics.

7-Eleven claimed the facial images and faceprints were not personal information as they were not used to identify, monitor or track individuals, and only a limited number of service provider personnel could view non-blurred versions of these images for the purposes of identifying errors. It also claimed the service provider's system was independent of 7-Eleven's and that none of the information collected by the facial recognition tool was matched with any other personal information or customer data.

The OAIC found that 7-Eleven interfered with the privacy of individuals by collecting facial images and faceprints through its customer feedback mechanism, breaching APPs 3 and 5.

Clearview AI provides a facial recognition search tool for its users. The tool works in the following way:

Importantly, Clearview AI's defence relied on an argument that it was not an APP entity, and therefore was not bound by the Privacy Act. As such, it did not specifically defend a number of the alleged breaches. Clearview AI has already indicated its intent to challenge the determination with the Administrative Appeals Tribunal (AAT).

Clearview asserted it neither carried on a business in Australia nor collected personal information in Australia and was therefore not bound by the Privacy Act. Its argument was that:

The Commissioner rejected these positions and found:

The OAIC found that facial images and faceprints are personal and sensitive information:

7-Eleven itself collected the facial images and faceprints

The Commissioner found that the collection or generation of the facial images and faceprints by the service provider in an end-to-end solution constituted collection by 7-Eleven. This was because the collection was in accordance with its contractual arrangement with 7-Eleven, at 7-Eleven's request and for its purposes, and 7-Eleven had contractual rights to use the tablets and control the data held on the servers that processed faceprints for internal business purposes. This finding was notwithstanding the fact that 7-Eleven could not directly access, change or retrieve the images processed by the service provider, and the fact that the service provider could remove or reconfigure services without needing to engage third parties.

Individuals did not provide express or implied consent

In both determinations, the Commissioner found that the organisations' privacy policies (and, in the case of 7-Eleven, the notices at the entrance to stores) did not provide clear information about the handling of biometric information and vectors; and bundled together different uses and disclosures of personal information (meaning individuals could not choose which collections they agreed to and which they did not).

The Commissioner rejected an argument that consent could be implied from the fact that individuals did not make an express opt-out request around collection of information from public websites, particularly given social media companies' policies generally discourage scraping and individuals can upload photos of third persons. The Commissioner held that the onus cannot be on an individual to proactively identify that a particular collection is occurring (particularly where the organisation has not provided an appropriate APP 5 collection notice).

Facial recognition in public places other than for security

The relevant collection notice should clearly clarify how the biometric personal information is collected (to ensure individuals do not assume that the organisation is simply using facial recognition CCTV cameras as part of general surveillance).

The collection of sensitive information for the organisations' functions was neither proportionate nor reasonably appropriate and adapted to the relevant benefit to the organisation, given the significant risk of potential harm to customers

While implementing systems to understand and improve customer experience is a legitimate function or activity of 7-Eleven, individuals are generally not comfortable with the collection of their biometric information and there were other ways 7-Eleven could have identified non-genuine responses to its survey or collected customer demographic information (eg additional survey questions). Further, 7-Eleven had not undertaken a privacy impact assessment, which could have demonstrated that the benefit of collecting the biometric information was in fact reasonably necessary.

Similarly, collection by Clearview via scraping was neither necessary nor proportionate given the significant risk of harm in connection with potential misidentification and identity fraud.

Given the sensitivity of the information, the OAIC stated it would have expected 7-Eleven to include a more detailed description of the fact, circumstances and purposes of collection (of both facial images and faceprints), in the vicinity of the tablet screen. Specifically, to advise individuals before the start of the survey (and collection of the first facial image) that it:

in order to identify if an individual is leaving multiple survey responses within a period of time, and to assist 7-Eleven with demographic profiling.

What's on the horizon?

In the Human Rights and Technology Report, the Australian Human Rights Commission (AHRC) expressed its concern about the growth in the high risk uses of facial recognition and other biometric technology, such as in policing and law enforcement, and the lack of targeted legislation to prevent and address harm associated with its use. Until appropriate legislation is in effect, the AHRC has recommended a limited or partial moratorium on the use of facial recognition and other biometric technology in high risk areas of decision making.

Against this backdrop, the Australian Government has launched a comprehensive review of the Privacy Act, along with exposure draft legislation to deal with online privacy (see our in-depth analysis here and here). Speaking at the IAPP ANZ Summit, the Commissioner specifically welcomed the proposed amendments to the Privacy Act in relation to the definition of 'personal information' (being to specify it is information that relates to a reasonably identifiable individual, rather than information about such an individual) and broadening the extraterritorial application of the Privacy Act by removing the requirement that an organisation has to collect or hold information in Australia for the Privacy Act to apply to that organisation). The Commissioner said that challenges to both of these issues had been a common thread in recent enforcement actions, such as those against Clearview, 7-Eleven and Facebook. Both amendments, if adopted, would therefore support the conclusions made by the OAIC in these determinations. 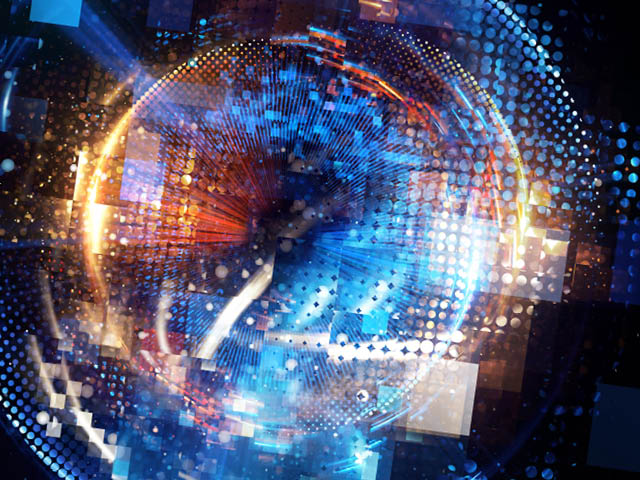