This Insight examines what we have learnt about the framework, key issues currently being explored and what we can expect to see in the coming months.

The passing of 2 June 2022 marks the commencement of the OEI Act's licensing regime that will regulate Australia's offshore wind industry in Commonwealth waters. Importantly, the Minister is now empowered to take the first step towards declaring areas for these developments. This will in turn allow the Minister to invite applications for feasibility licences within the declared areas. We've written previously on the key elements of the OEI Act here.

It seems likely that the offshore area off the coast of Victoria's Gippsland region will be the first to be declared after an announcement earlier this year by the former Assistant Minister of Industry, Energy and Emissions Reduction. This area aligns with a number of projects that have been announced in that area, including three which have received funding from the Victorian Government. Having said this, it remains to be seen whether the change in Federal Government will lead to a difference of opinion as to the first area to be declared.

However, the commencement of the OEI Act is only one piece of the puzzle. Developers now need to begin preparations for obtaining the appropriate licencing under the regime. In preparing for this process, regulations made under the OEI Act will provide important details on a number of key issues that stakeholders may wish to consider prior to submitting applications.

The Government released draft regulations for the OEI Act in March 2022 and consultation on these closed in April 2022. Since then, we have had a change in government, and it is yet to be seen what level of stakeholder engagement will be reflected in the final version of the regulations.

Some of the key issues related to the OEI Act include:

The merit criteria required to be satisfied in order to obtain a licence under the regime will be a key focus for understanding which aspects of a project the Minister, supported by the Registrar (NOPTA) and Regulator (NOPSEMA), will be examining when deciding licence applications. The criteria have been split into four key topics that will apply to all applications, and a fifth (financial offers) that will be applied in the event of equally meritorious applications over the same area of seabed. The Minister also has broad discretion to consider any other matters they deem relevant, and the regulations do not provide guidance on the relative weighting that will be given to the criteria or any threshold considerations.

Another important area of the OEI Act is its change in control requirements. Under the regime, all defined change in control events, even those between affiliates or related body corporates, will require approval. These are defined as occurring when a person begins (or ceases) to control 20% or more of a licence‑holder. For example, if a party with a 50% interest in the licence-holder wanted to reduce their holding down to 10%, prior to that reduction they would need to obtain approval from the Registrar.

Importantly, when an interest increases to the level that it becomes a controlling interest, the Registrar will also consider whether that person meets the merit criteria discussed earlier. As such, it is important for developers and investors to carefully consider their corporate structuring from an early stage, including considering changes that may eventuate in the future.

The Draft Cost Recovery Implementation Statement has provided stakeholders with guidance in relation to how this regime will financially operate. This statement makes clear that the intention is for cost-neutral regulation, with the fees from developers covering the costs of regulating the sector.

Under the regulations, those wishing to obtain a licence will need to pay an application fee and for the assessment of plans. Once a licence is obtained, licence-holders will also be liable for annual levies calculated based on fixed amounts and sliding scales tied to the size of the licence area.

Importantly, there is no indication that developers will need to make financial bids in order to secure rights to Commonwealth seabed, other than in circumstances where developers have made equally meritorious applications for overlapping areas and this overlap is not able to be resolved by agreement.

We have observed significant market interest in the offshore wind sector, which has been reflected in a number of industry consultations and papers released recently, as well as a number of offshore wind projects making initial applications for environmental approvals.

What can we expect next?

We expect the next twelve months to be a busy period for offshore wind developers and stakeholders, with the declaration of the first area likely to occur and further regulations being made. The key things for developers to watch out for are:

The Offshore Electricity Infrastructure Bill 2021 represents a long-awaited step towards developing a regulatory framework and providing greater certainty for investors in offshore wind farm projects, as well as other forms of offshore electricity infrastructure. This Insight explores the new framework, and unpacks what it does and what else offshore renewable energy developers will need to consider. 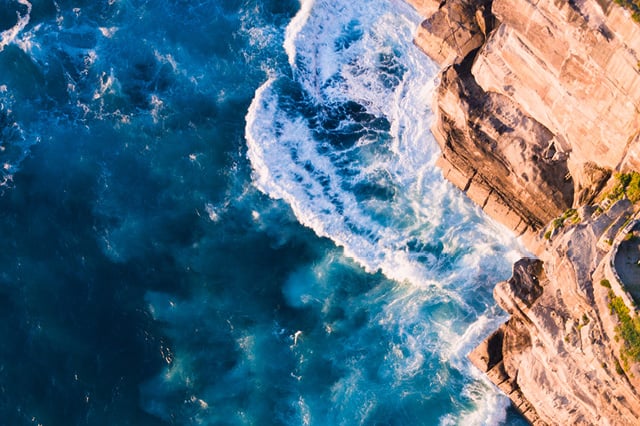